On Saturday, Apple CEO Tim Cook, who was recently acclaimed as an even better leader than the legendary Steve Jobs, carved out a morning from his very busy schedule to deliver a commencement speech for the 2019 graduates of Tulane University in New Orleans.

Back in February, when Tulane confirmed Cook as its commencement speaker for this year, the university’s president Mike Fitts touted that the Apple CEO, who enjoys the reputation as one of the world’s most workaholic bosses, “represents the kind of success we hope all of our graduates can attain.”

But as soon as Cook stepped up to the podium on Saturday, his message to Tulane’s graduates became the very opposite of what was expected of him—instead of presenting himself as a role model for the young graduates in the audience, Cook encouraged them to challenge older generations’ successes and to find their own.

“In some important ways, my generation has failed you,” Cook said. “We spent too much time debating, too focused on the fight and not enough on progress.”

“You don’t need to look far to find an example of that failure,” he continued, pointing to an example that no one understands better than those living in the natural disaster-dogged New Orleans: climate change.

“This problem doesn’t get easier based on who wins an election. It’s about who has won life’s lottery and has the luxury of ignoring this issue, and who stands to lose everything. The costal communities, including some right here in Louisiana, that are already making plans to leave behind the places they’ve called home for generations and head for higher ground… When we talk about climate change, I challenge you to look for those who have the most to lose and find the real, true empathy that comes from something shared. When you do that, the political noise dies down and you can feel your feet planted on solid ground.”

Cook’s most important message actually went beyond climate change. Expanding the discussion to how young people can filter out the “political noise” and find their real goals, he encouraged them to fight against what today’s tech giants—including Apple—want them to see and regain their own perspective.

“If you find yourself spending more time fighting than getting to work, stop and ask yourself, ‘Who benefits from all the chaos?'” Cook said. “There are some who would like to believe that the only way you can be strong is by bulldozing those who disagree with you… We forget sometimes that our pre-exiting beliefs have their own force of gravity. Today, certain algorithms pull toward you things that you already know, believe or like. And they push away everything else. Push back! It shouldn’t be this way.”

Below is Cook’s full speech from Tulane University on Saturday. 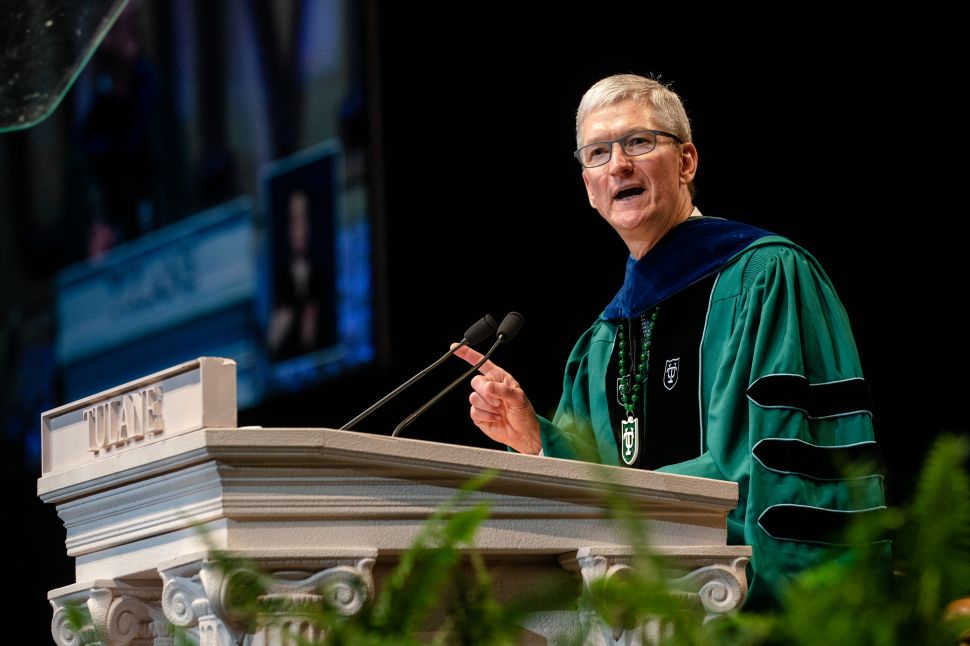