Apple’s first quarter earnings from 2019 show a mix of highs and lows, among them the much-discussed iPhone revenue.

The tech giant recorded a positive revenue this quarter, coming in at a healthy $58 billion, with software services like Apple Music and Apple Pay accounting for $11.5 billion of that sum. Apple’s shares saw a boost following the quarterly earnings filing.

But as predicted, its smartphone sales were down, accounting for $31 billion versus $37.5 billion this time last year. This slowing revenue from Apple’s marquee product is the reason why the company has been shifting gears lately.

CEO Tim Cook discussed declining iPhone sales, saying that the end of 2018 marked some of the lowest sales for the best-seller. With iPhones being more expensive than ever, it’s understandable that even some of Apple’s biggest fans are choosing to skip upgrading their models every year. Due to U.S. carriers like Verizon and AT&T halting their subsidized iPhone plans—which helped customers feel like they were paying less on the spot by essentially financing the phone—the latest iPhones have become a huge investment. Coupled with the iPhone’s price creeping up every year until it reached $999 for the X, dropping four figures on an iPhone has become a tough pill to swallow.

The solution offered by Apple in order to push more units during new iPhone launches has been to provide trade-in and finance options. During the earnings call, Cook mentioned that Apple’s investment in its device trade-in program over the past year has helped grow the program exponentially, thanks to positive customer reactions. For many looking to upgrade an old iPhone, this financing route may be the best way to get their hands on the latest model.

The effort is part of Apple’s strategy to move to a subscription-heavy business model now that it can no longer rely on iPhone sales to log major revenue. In March, Apple announced its upcoming plans to enter the ongoing streaming war with Apple TV+, going up against major players like Netflix and Amazon’s Prime Video. The March 2019 keynote, which featured Hollywood heavyweights Steven Spielberg and Oprah, also included announcements of Apple News+ and a Goldman Sachs-backed credit card.

Only time will tell whether existing iPhone users will latch onto these services to help supplement iPhone sales as they roll out this year. 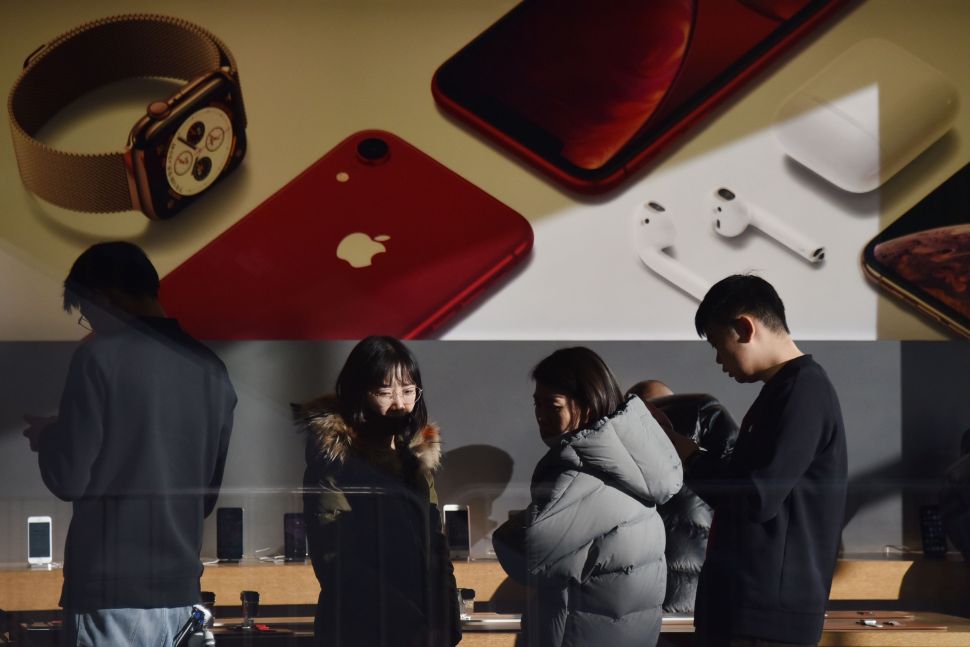