Apple isn’t giving up on the iPod Touch.

On Tuesday, the tech giant announced the latest refresh of its touch screen-featuring iPod, with minor upgrades like the years-old A10 Fusion chip and virtually the same cosmetic design it’s had for years.

The Touch, which was introduced more than a decade ago as an affordable iPhone alternative for those who don’t want to pay for cellular data, is mainly still aimed at young users. Apple is positioning the new Touch as a tool with Group FaceTime and augmented reality capabilities. According to Apple, the 256GB capacity is aimed at “giving plenty of space to download music for offline listening through Apple Music or the iTunes Store.”

“We’re making the most affordable iOS device even better with performance that is twice as fast as before, Group FaceTime and augmented reality starting at just $199,” Greg Joswiak, Apple’s vice president of product marketing, said in the announcement. “The ultra-thin and lightweight design of iPod Touch has always made it ideal for enjoying games, music and so much more wherever you go.”

“An iPhone but no one can call you” is how you market an iPod touch. https://t.co/ZvTw5xreCH

But with kids owning smartphones at younger ages than ever before, who exactly is Apple hoping will buy this new Touch?

Ross Rubin, principal analyst at Reticle Research, a consumer technology research firm, told Observer the market for the latest Touch will likely overlap with Apple’s upcoming Arcade gaming platform, as part of its move to software services in the wake of slowing iPhone sales. This explains the AR support, which is relevant to the young gamers Apple is targeting.

“The iPod Touch historically has evolved over time into a handheld device, a modern day Game Boy, if you will. Complete with the ability to download affordable games,” Rubin explained. And with the wide host of media services they’re currently offering—Apple Music being the big one—the decision to keep the iPod Touch on rotation makes sense.

Furthermore, as the iPhone grew by leaps and bounds over the past decade, the iPod’s industrial design hasn’t kept up with its big brother. For example, the Touch still doesn’t feature the current iPhone model’s Face ID or omitted headphone jack, which helps keep the cost low. This is another reason the Touch has stayed competitive with other hand-held gaming consoles on the market, helping reframe it as a gaming device.

“You’re not seeing a big launch cycle surrounding the Touch anymore,” Rubin said. However, while the iOS device was first presented as a cellular-free iPhone alternative, these days it serves a different purpose. Apple is currently offering the Touch as an affordable, mobile part of its collection of iOS devices, which also includes the iPad and Apple Watch.

The curious timing behind the new iteration of the Touch implies Apple plans to include support for the mobile device in its soon-to-come subscription services, which are expected to arrive this fall, said Rubin.

The iPod Touch is available to order online now, with units arriving in stores later this week. 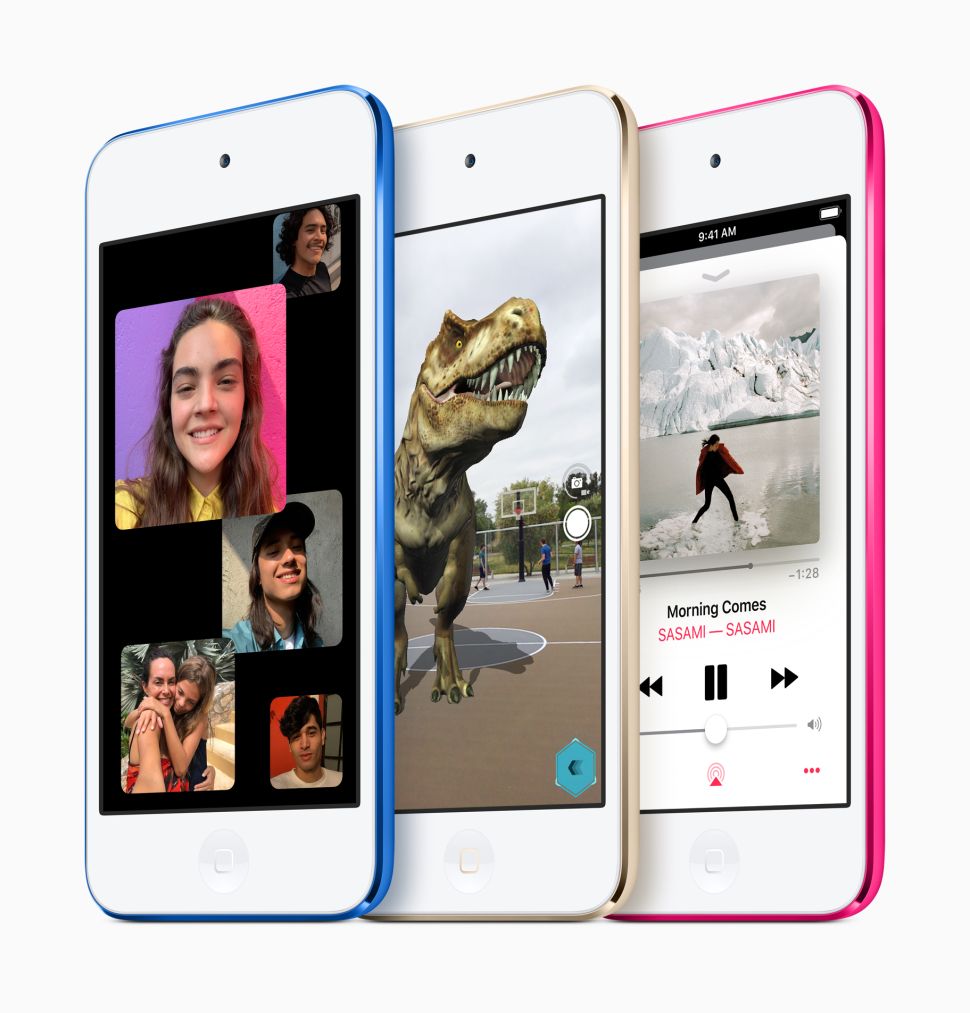