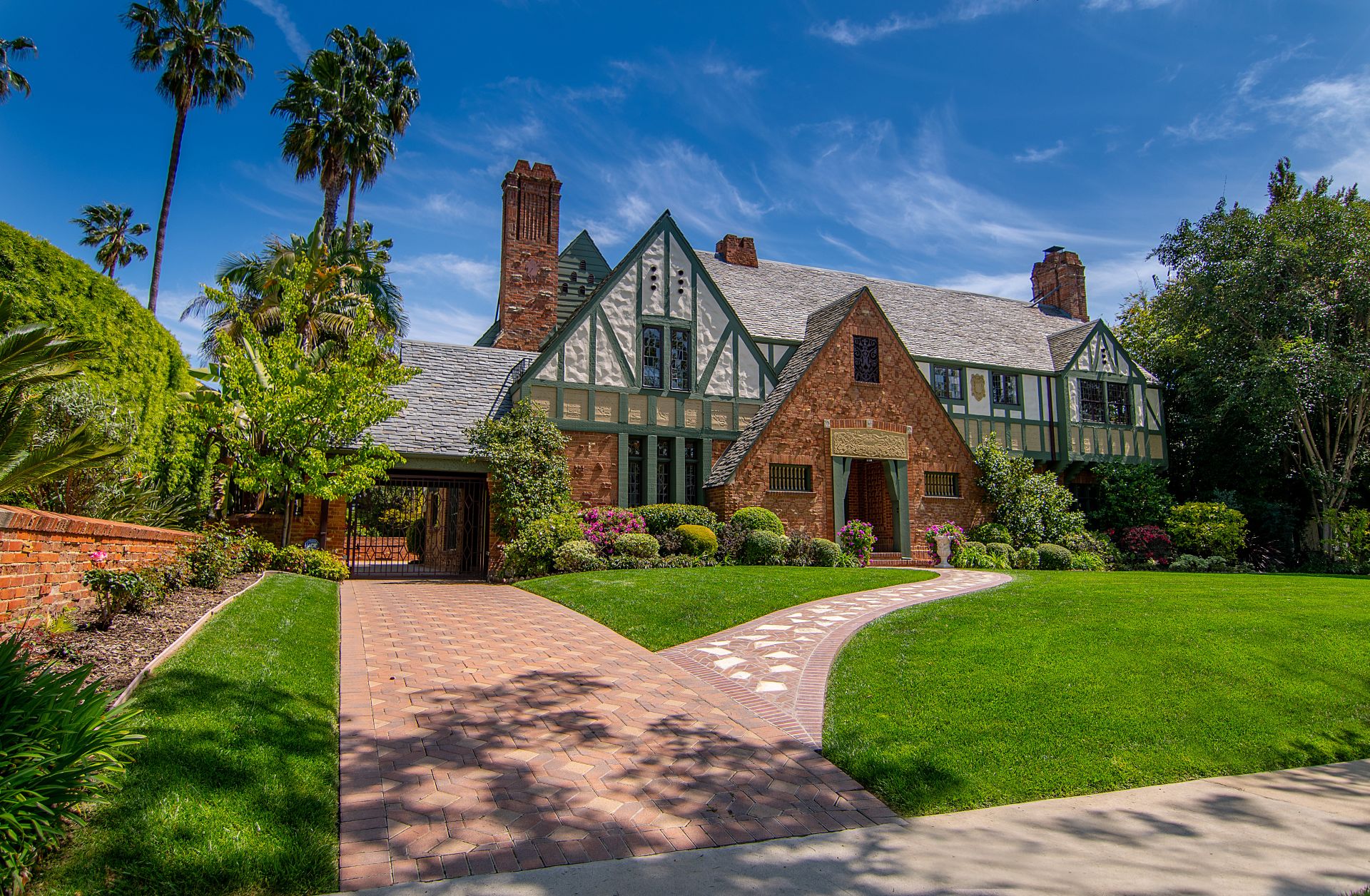 The Hancock Park home once owned by Francis Ford Coppola and rented by Ariana Grande just sold. Click through to see inside.
Courtesy The Bienstock Group 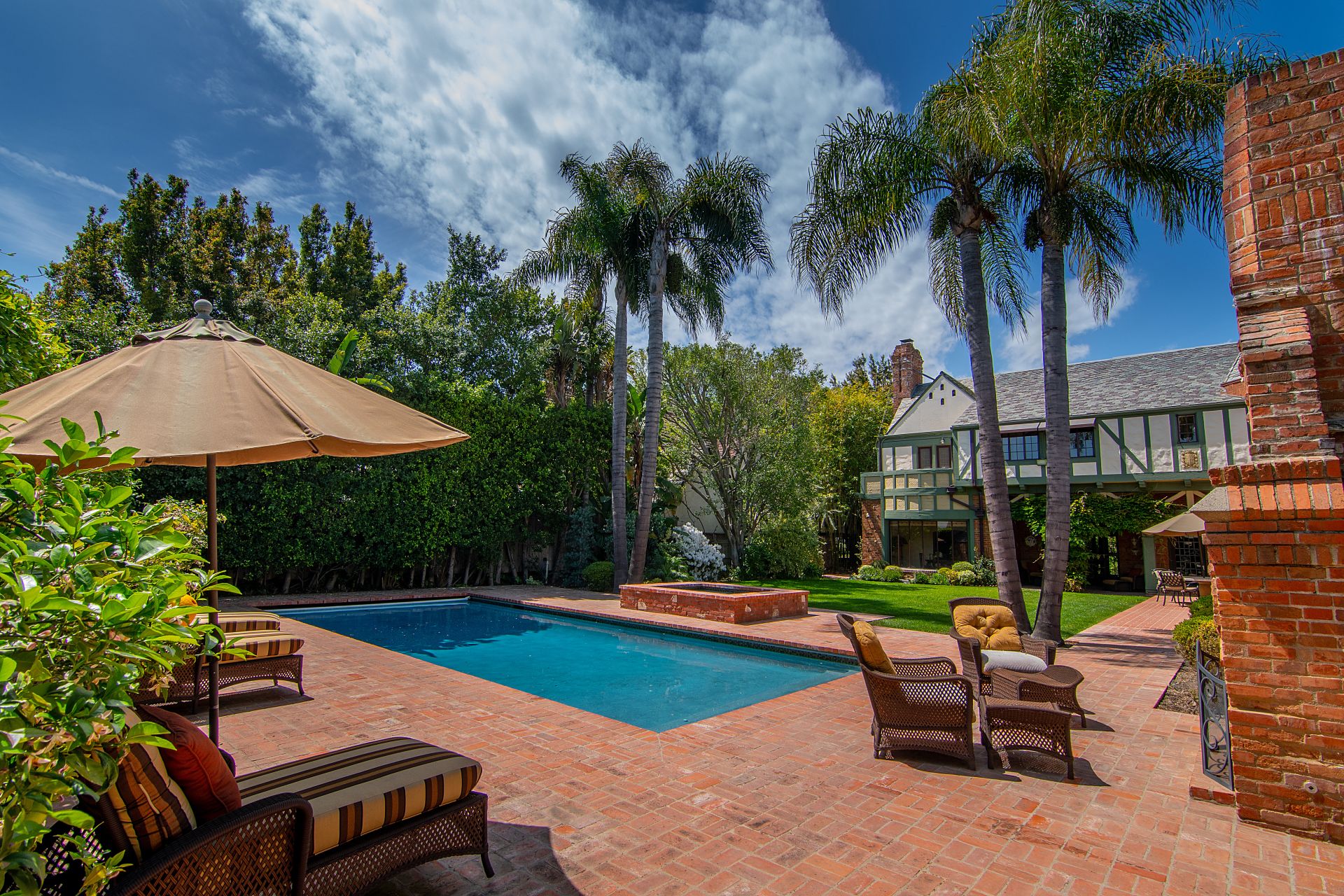 It's a 0.39-acre property.
Courtesy The Bienstock Group 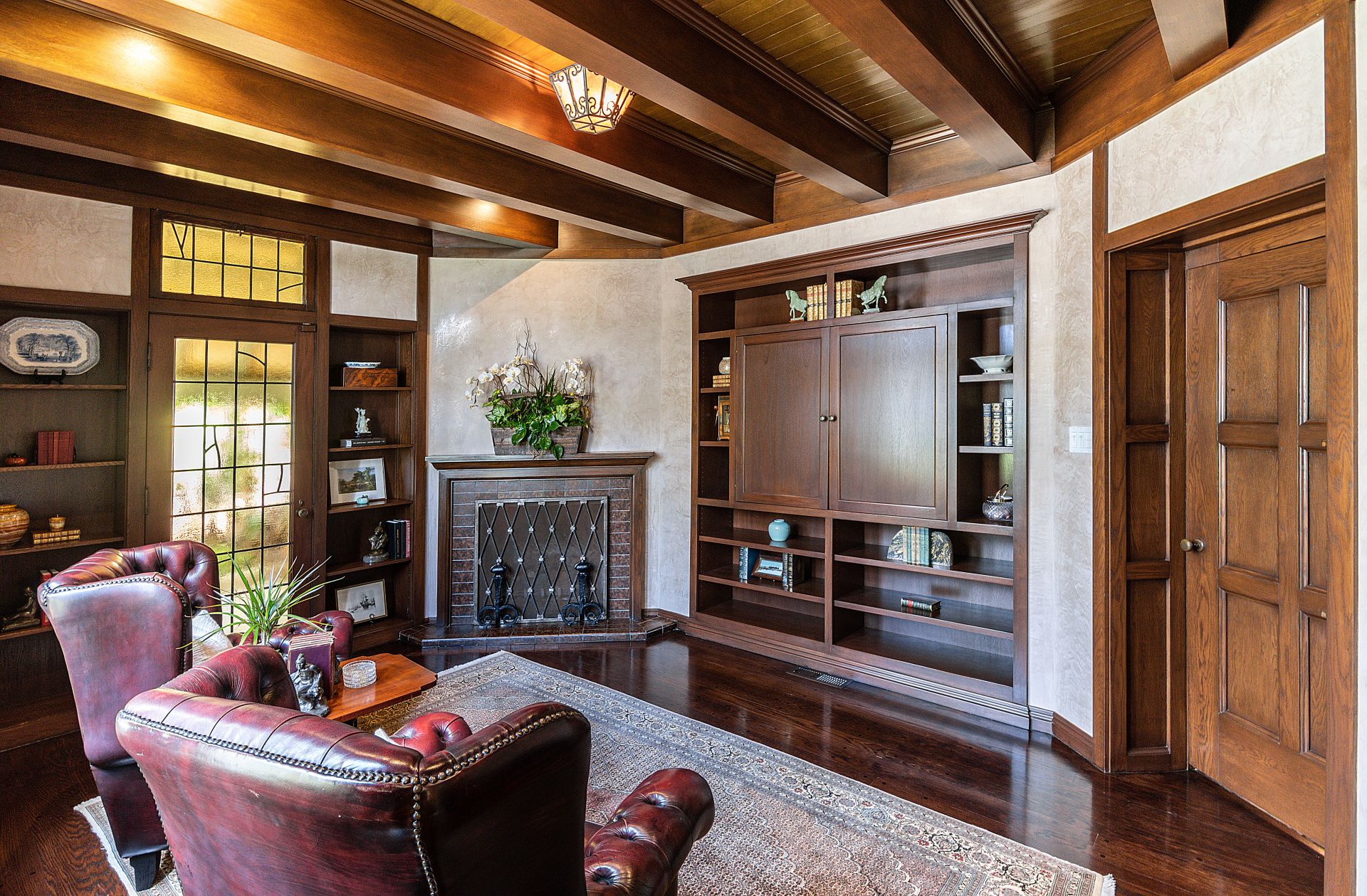 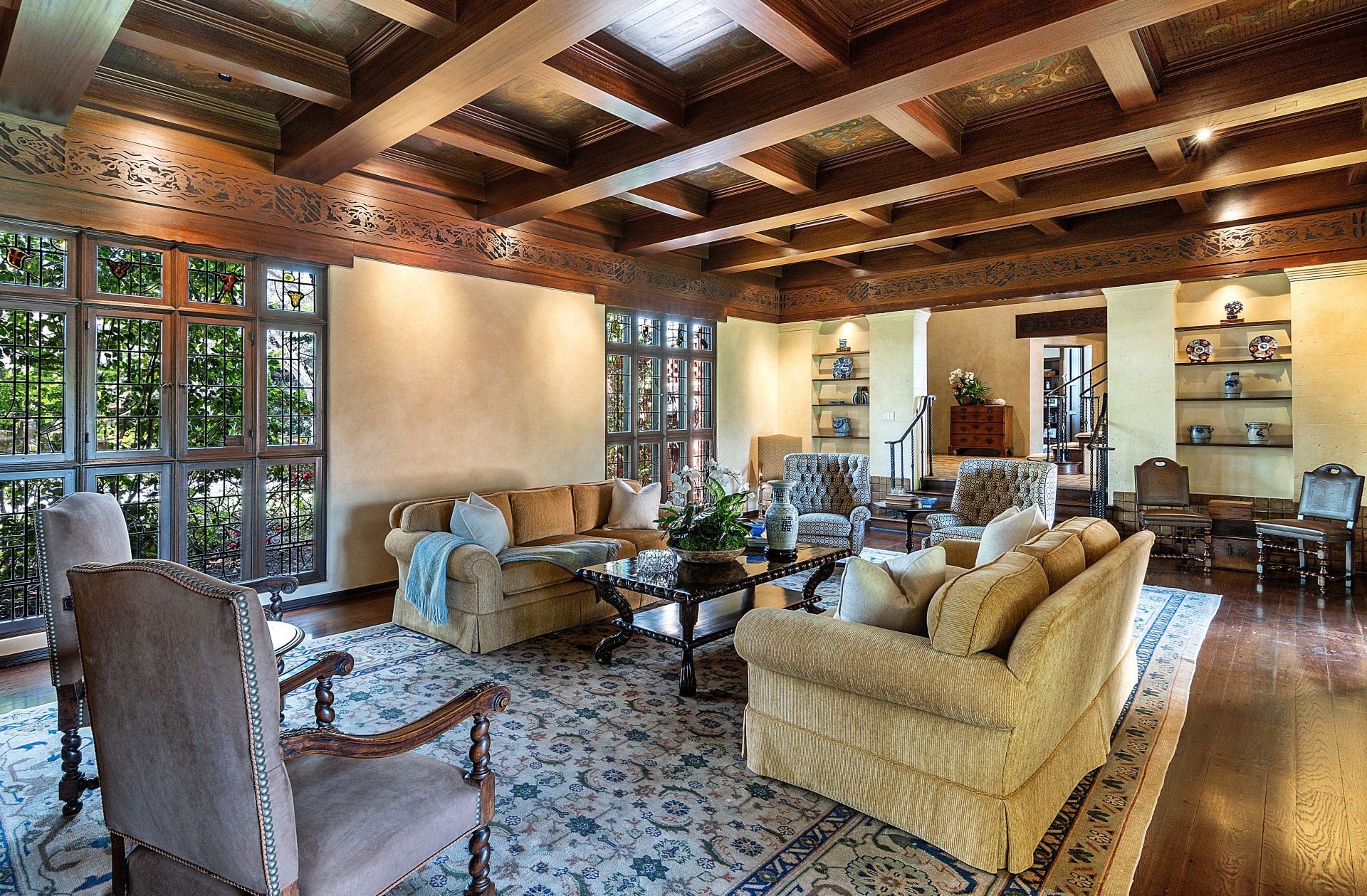 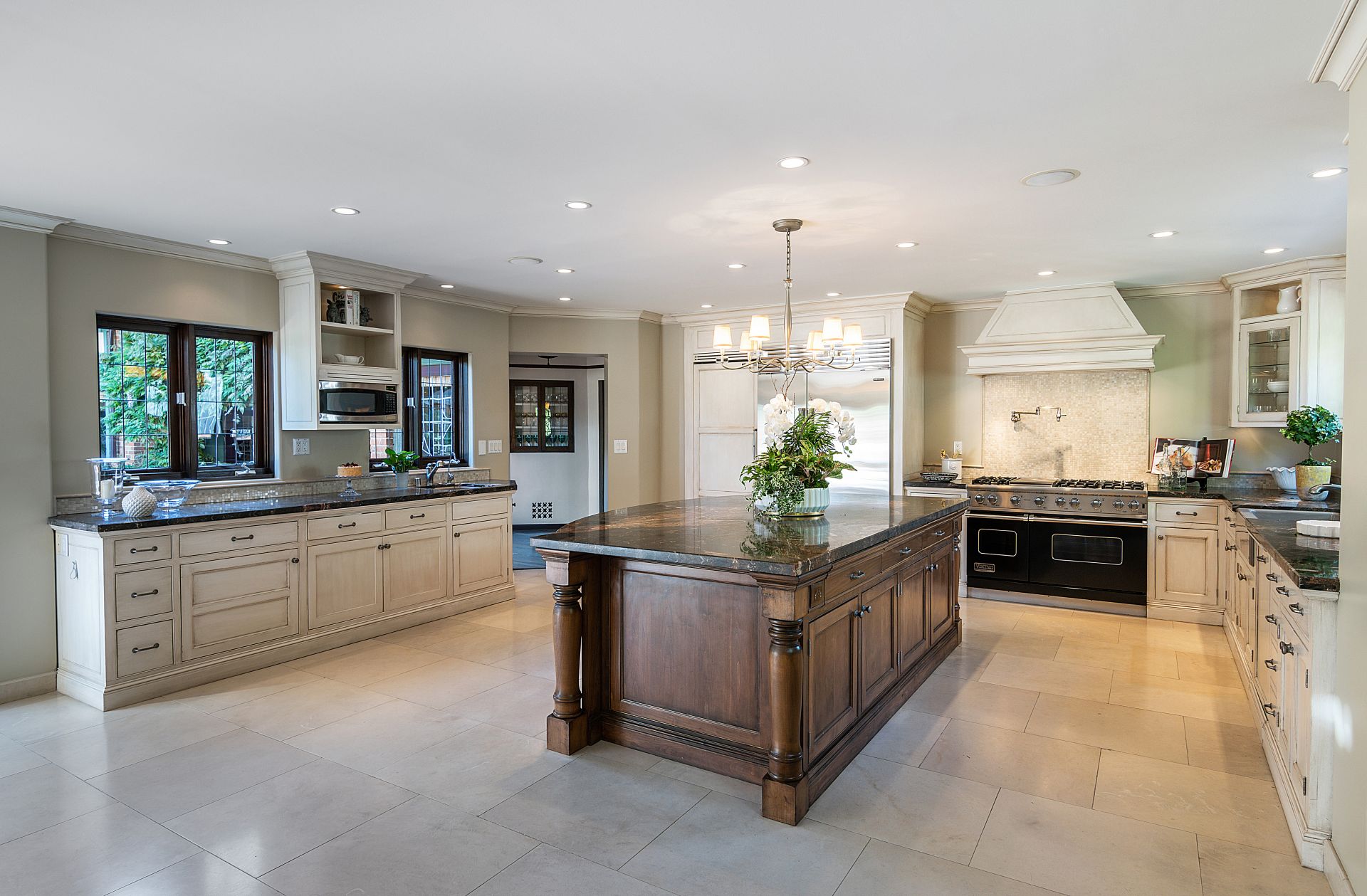 The eat-in kitchen is open to a dining area.
Courtesy The Bienstock Group 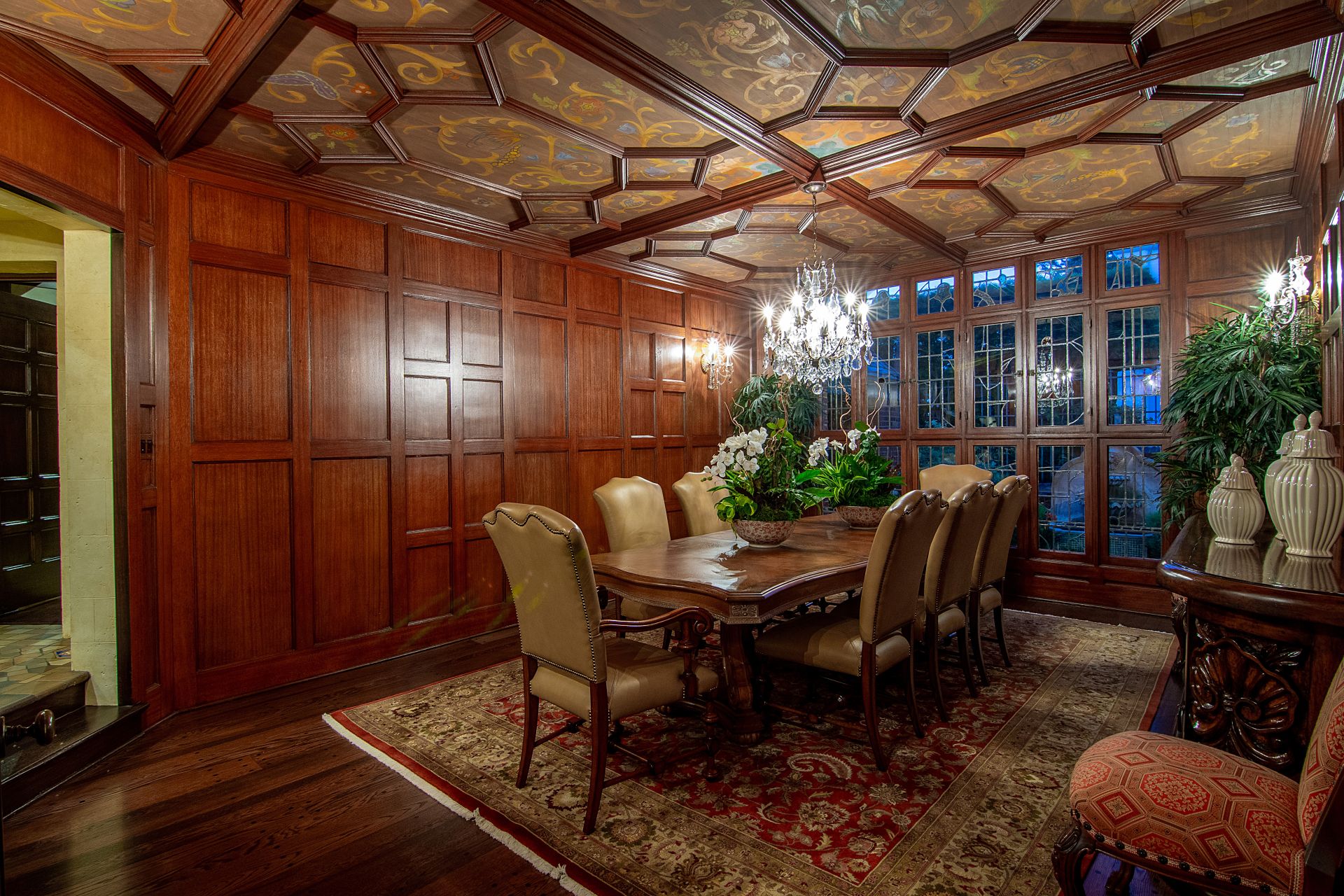 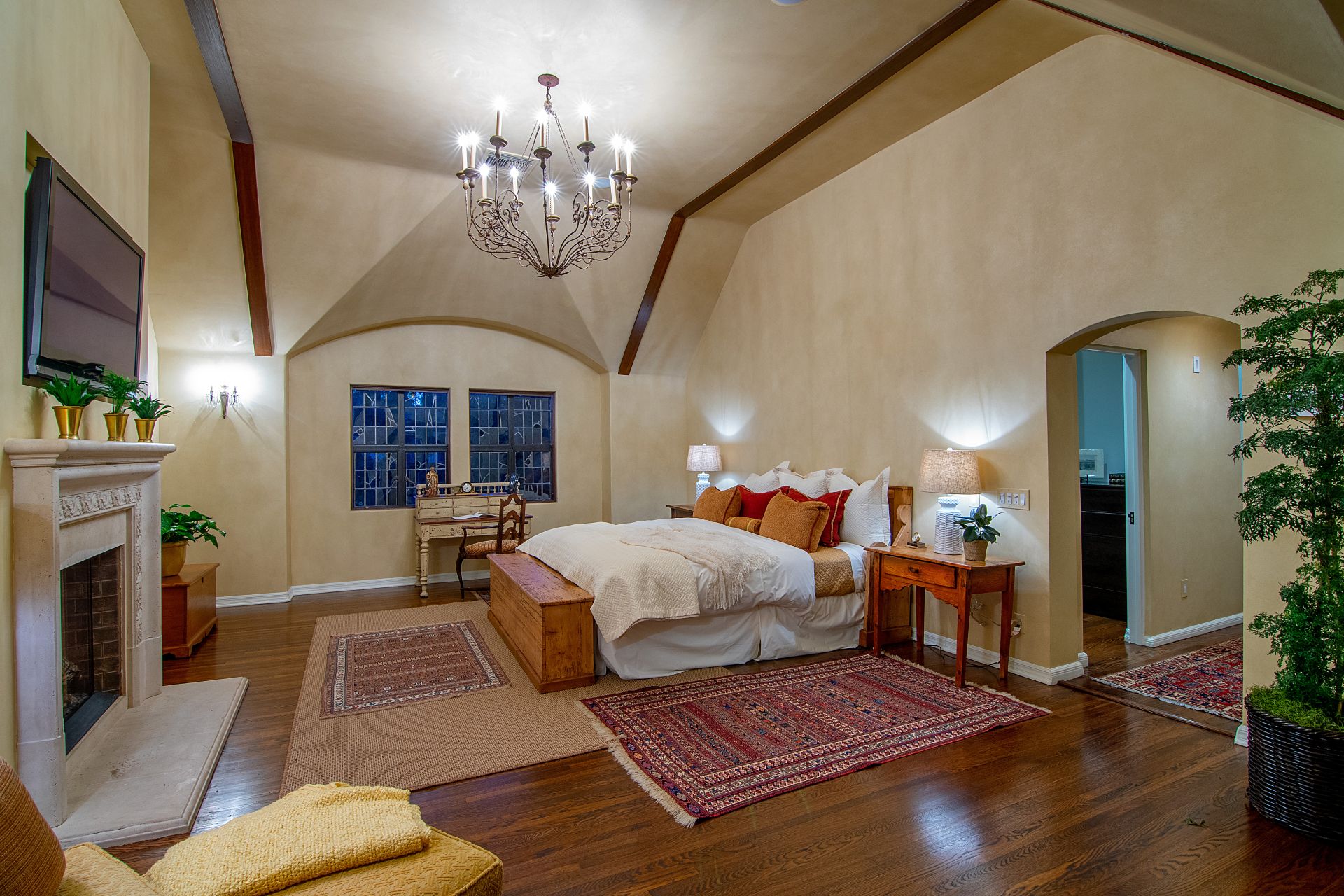 It's composed of six bedrooms.
Courtesy The Bienstock Group
Advertisement 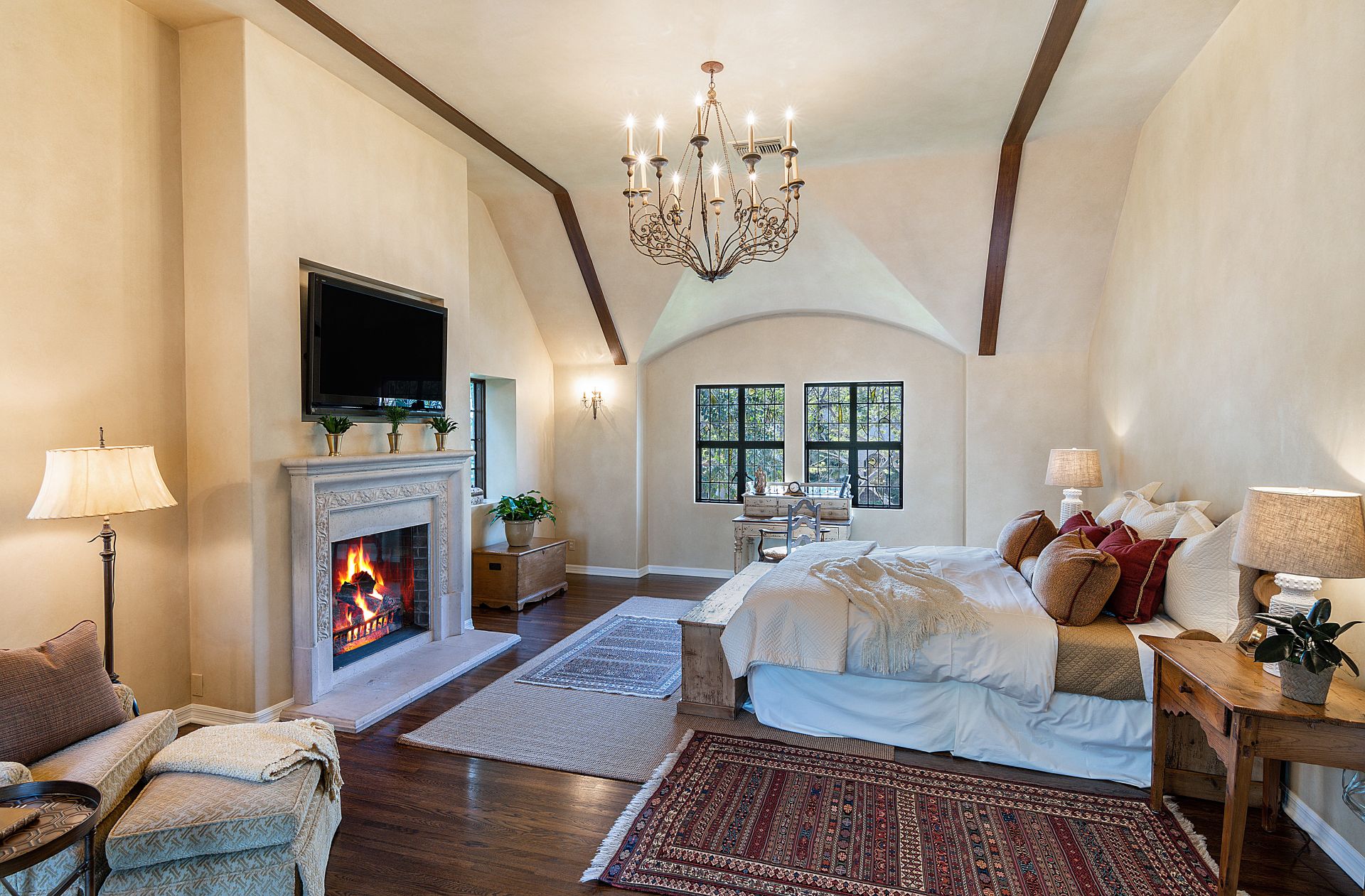 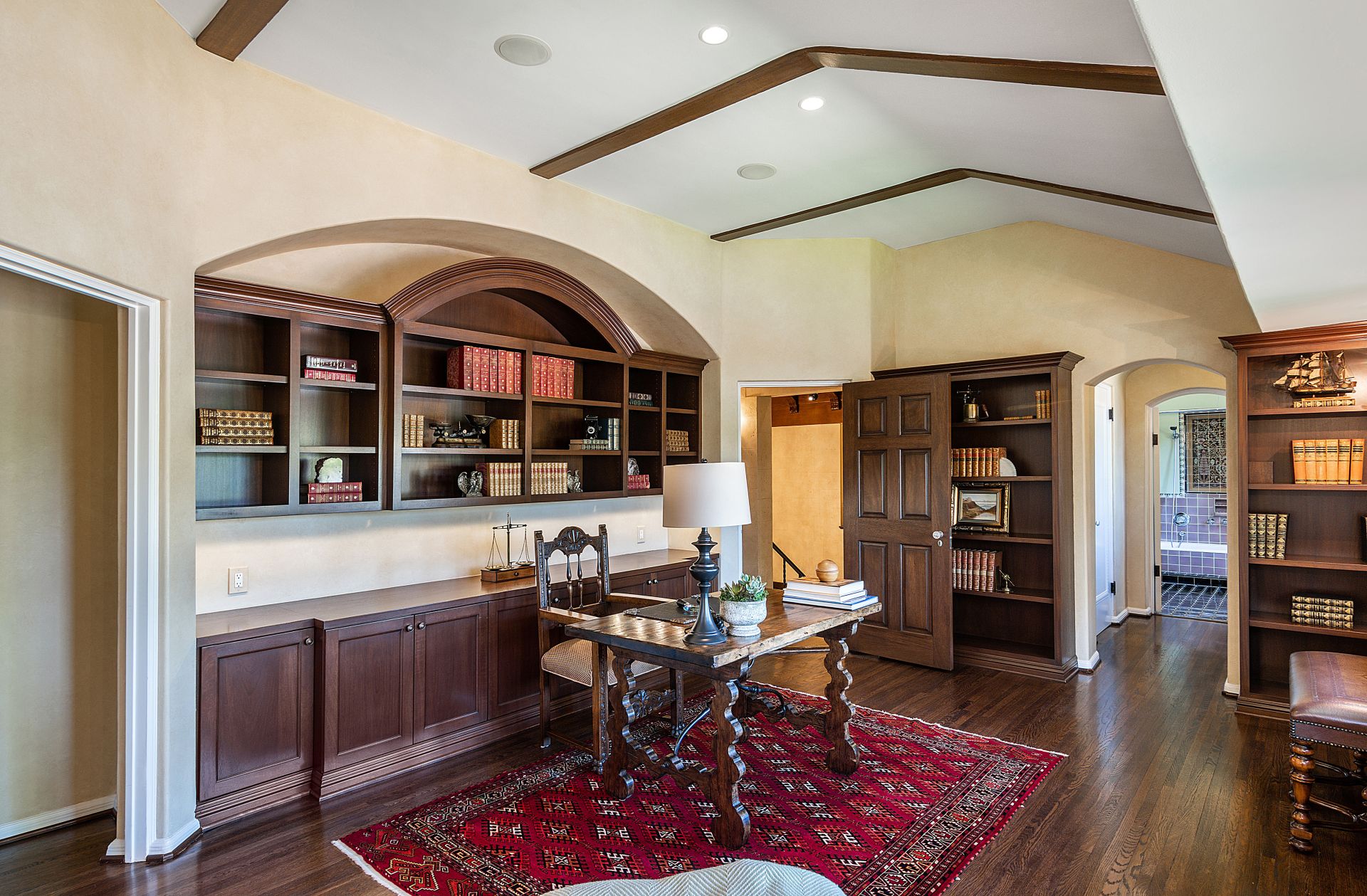 The study.
Courtesy The Bienstock Group 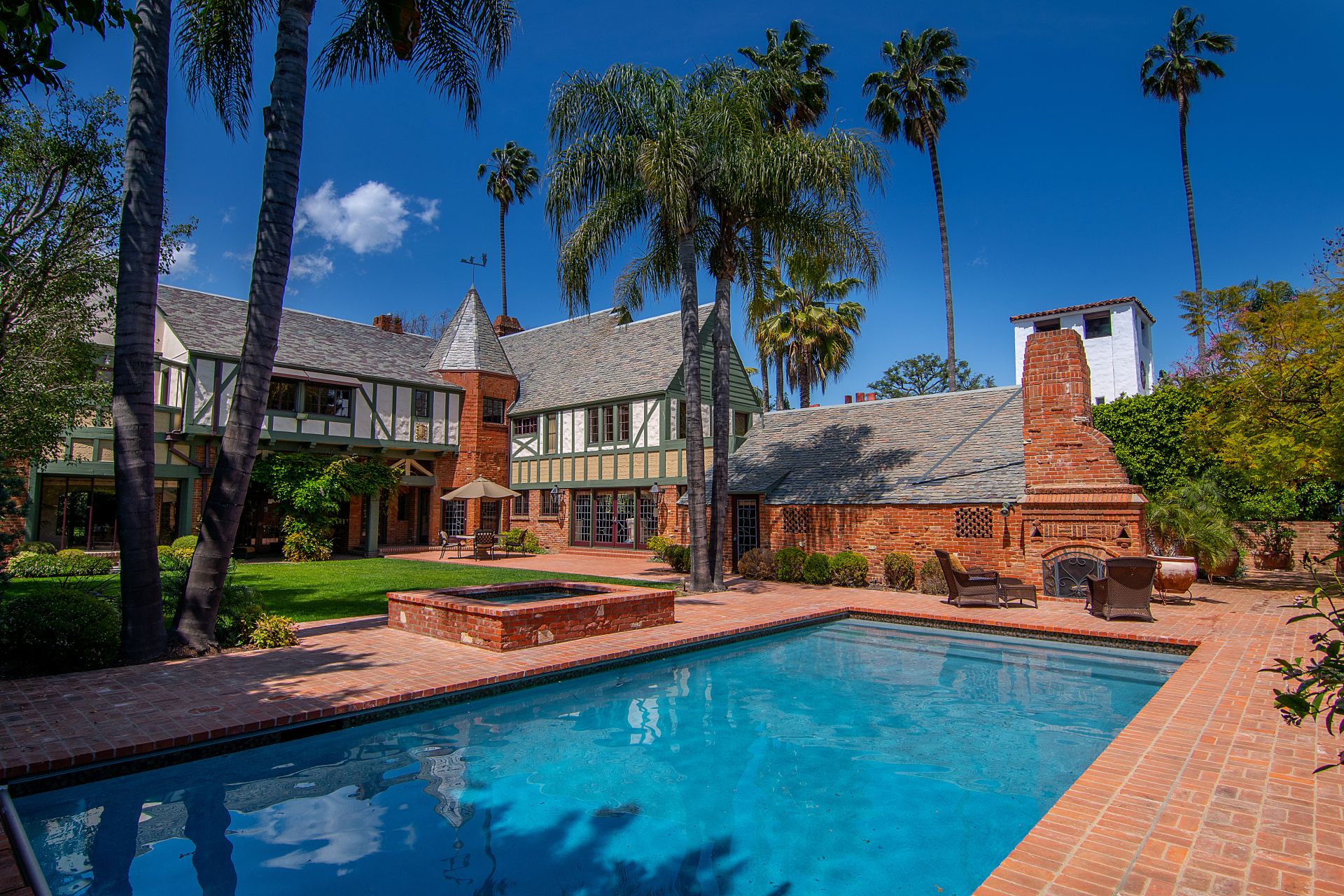 It has a pool as well as a raised spa.
Courtesy The Bienstock Group 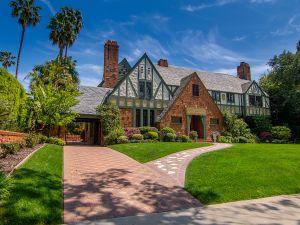 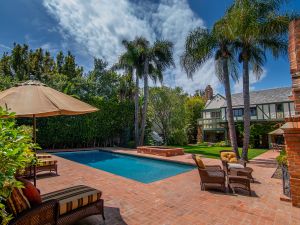 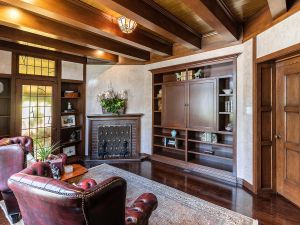 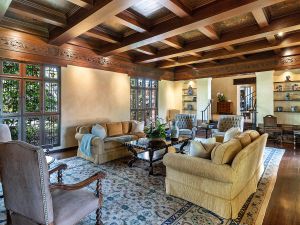 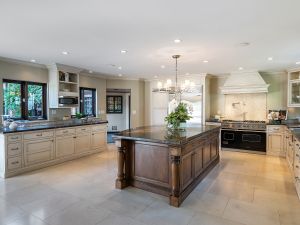 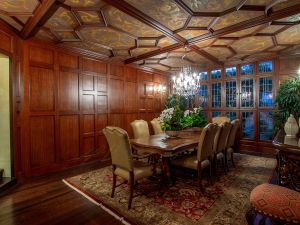 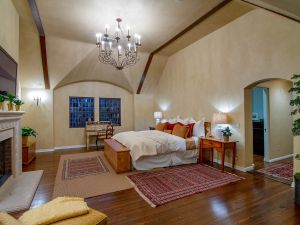 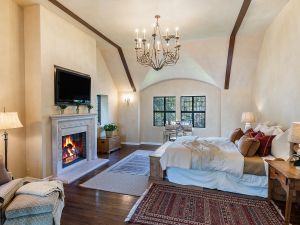 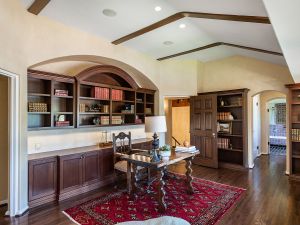 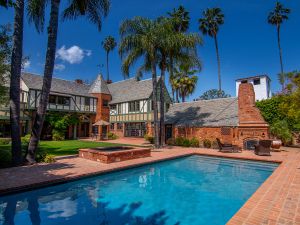 The Hancock Park house that both Francis Ford Coppola and Ariana Grande once called home has a new owner. The Tudor-style Los Angeles abode was listed for sale at $6.95 million back in April, and it took just about a month for a buyer to scoop up the six-bedroom, seven-bathroom property.

It’s not clear who the new resident is, but they must have been quite eager to snag the 6,041-square-foot pad, as they paid $7.05 million for it—a touch over the ask.

Perhaps the proud new owner is a fan of the Academy Award–winning filmmaker, who owned the house during the 1980s. He hasn’t lived there in quite a while, though, so they shouldn’t expect to find a hidden stash of Coppola’s exclusive Oscars wine. Or maybe they really love Grande, who has since moved on to a $16 million New York apartment in Chelsea. The pop singer, who must have been a bigger fan of this house than she is of her new wax figure, rented the mansion with her mother, Joan, less than 10 years ago, and left her mark on it—the recording studio she installed is still in the basement.

But the home’s celeb pedigree isn’t the only thing it has to offer.

A grand two-story entry leads into the house, which has a split staircase in the center hallway, per the listing held by The Bienstock Group’s Sheri Bienstock. There are stained leaded windows and hardwood floors throughout, and its step-down living room features 12-foot coffered, stenciled wood ceilings. There’s also a large family room and a study with a fireplace.

The kitchen is equipped with stainless steel Viking appliances, marble countertops, a breakfast bar and a center island, and is open to a large eating area. There’s also a wood-paneled formal dining room.

The master suite has a fireplace, a plethora of closets and double bathrooms, including one with a large marble bathtub and glass-enclosed shower.

Outside on the 0.39-acre property you’ll find a red-brick-framed pool and raised spa, an outdoor fireplace and a built-in barbecue.

While Coppola and Grande have since vacated, the neighborhood isn’t exactly lacking in famous faces—other Hancock Park residents include Armie Hammer, Margot Robbie and Shonda Rhimes.