The most surprising element of La Susanna, a reimagined opera that’s currently on a limited run at BAM Fisher through May 5, is not the meta-textual repurposing of the cast that elevates the female characters—fortunately, stories that center on people other than men have become less and less of an anomaly. What’s truly surprising about this fascinating production is the frequency with which you’ll find yourself tapping your foot in tandem with the musical accompaniment. (I honestly had no idea that Italian oratorios could be so catchy.)

La Susanna is the creation of composer Alessandro Stradella, who finished the piece in 1681 shortly before being assassinated as a result of his various misdeeds, which included frequently getting chased out of town “for getting too close to the mistresses and daughters of the aristocratic patrons on whom he depended and, in one instance, for embezzling from the Church,” according to a program note from co-music directors Ryan Brown and Jacob Ashworth. Stradella’s brazen misdeeds seem fitting when considering his creation, which shamelessly eroticizes its central character while also giving a nuanced look at themes of redemption and justice.

The 2019 version of La Susanna is the brainchild of the organizations Heartbeat Opera and Opera Lafayette, and it tells the story of the attempted assault of the titular innocent, who is bathing in her private garden when she’s accosted by two judges who have been lasciviously spying on her. Overwhelmed with “love,” the compatriots attempt to “seduce” Susanna, but she resists them and cries out for help. Furious and wounded by her refusal, the judges (perhaps predictably) toss Susanna in jail, accuse her of adultery and try to sentence her to death.

But this is not the opera exactly as it was in 1681. The show’s narrator is now a scholar of gender studies who walks around the stage making note of certain lyrics with her laser pointer while an eager student looks on. Contralto Sara Couden plays the scholar, and her gravitas and incandescent skepticism add a welcome layer of meta-analysis to the narrative. Ariana Douglas is also great as the enterprising student, who, like any passionate undergraduate worth her salt, ends up becoming the conquering hero of the final act when her superior’s methods fall short.

La Susanna at BAM is a great way for neophytes to introduce themselves to an art form with a long and complicated history. The soaring melodies and vocal stylings are gorgeous all on their own, and it’s amazing to see people within this medium challenging what it means to put on an opera in the fallout of Trumpism. The Dr. Christine Blasey Ford and Brett Kavanaugh allusions aren’t that hard to spot. 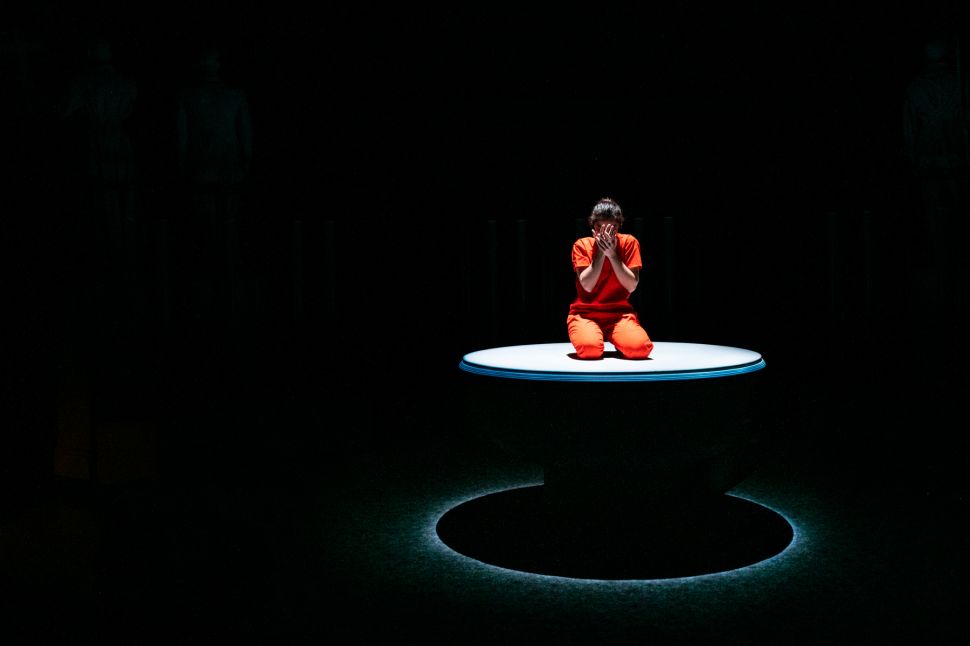