It’s a meatless market out there, and Silicon Valley is taking note.

While Uber and Lyft continue to struggle as publicly traded companies, meat substitute company Beyond Meat is flourishing on the stock market. But not everyone was taken by surprise at the successful public debut, a major contrast to tech’s other lukewarm IPOs this year.

At Toronto’s Collision conference, Twitter co-founder Ev Williams spoke of how the decision to bet on meatless products paid off. Williams, who has been a vegan himself, invested in Beyond Meat through his venture capital firm Obvious Ventures.

“The response to the Beyond Meat IPO, which has been so gratifying, is that people are paying attention to this plant protein company that most people wouldn’t have predicted would make such a big blip,” Williams said. “I think it’s a lot of people seeing the potential.”

The appeal in investing in companies working to elevate meatless options for upcoming generations is not only an environmentally sustainable choice, but also a profitable one.

Williams, who also founded the publishing platform Medium, said the plant-based product market is begging to be disrupted. “It’s not an impact investment, it’s a phenomenally lucrative, profitable investment,” he explained.

In fact, Beyond Meat’s soaring shares—which jumped 163 percent during its IPO day on May 2—has competitor Impossible Foods hoping to replicate its success once it goes public in the future.

While Impossible Foods hasn’t confirmed its IPO plans yet, chief financial officer David Lee told Reuters that Beyond Meat’s IPO was a “validation” for them.

“I think their IPO indicates that retail investors along with retail consumers are ready for something better than the meat they’ve been eating for decades,” Lee said.

Impossible Foods just raised a $300 million series E round this month, with investors hoping to get in on the meat substitute stock boom. This brings the San Francisco-based startup’s venture capital to a whopping $750 million. Its investors also include celebrity fans like rapper Jay-Z, Will.i.am, Jaden Smith and pop star Katy Perry.

The company is currently expanding its offerings to fast food chains across the country, including Burger King, with Little Caesars being the latest to buy up its Impossible Supreme, a sausage substitute for pizza toppings. 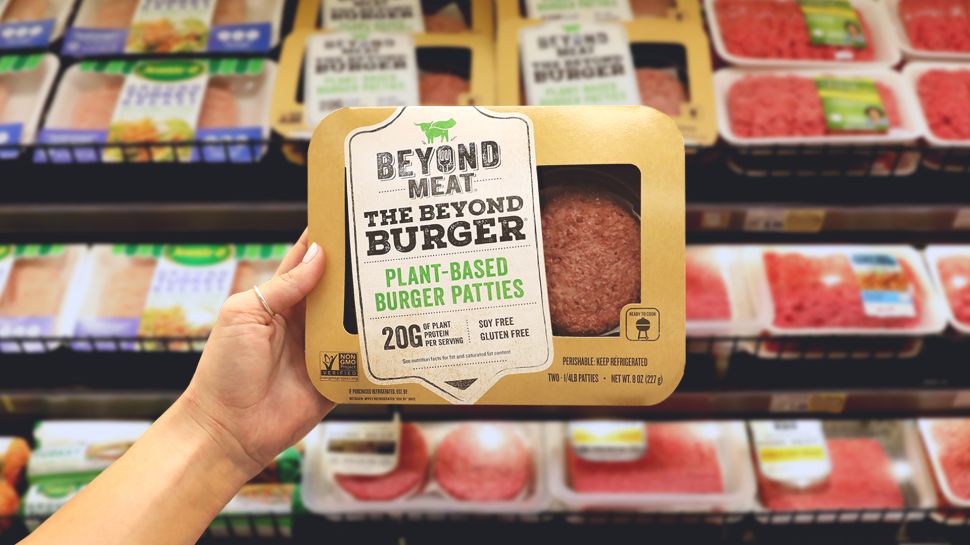