Attorney General William Barr appeared before lawmakers on Wednesday to discuss the special counsel’s investigation into Russian interference. The hearing, however, quickly pivoted to attacks on Hillary Clinton’s email scandal, largely with the aid of Republican lawmakers.

As secretary of state, Clinton used a private email server for classified communications. Days before the 2016 election, the FBI announced it had reopened its investigation into the then-candidate’s emails—a decision many have called a contributing factor in Donald Trump’s presidential upset. Over two years since the election, the president still leads “Lock her up!” chants at his rallies, referencing the controversy.

“I’ve been carefully listening to my Republican colleagues on the other side, and it appears they are going to coordinate the ‘lock her up’ defense,” said Senator Dick Durbin (D-Ill.) wryly. “This is really not supposed to be about the Mueller investigation… It is really about Hillary Clinton’s emails. Finally we get down to the bottom line! … That is totally unresponsive to the reality that the American people want to know.”

Senators Chuck Grassley (R-Iowa) and John Cornyn (R-Texas) also highlighted the Clinton campaign’s involvement in paying for opposition research on Trump collected by the firm Fusion GPS—the findings of which cited sources in Russian intelligence, and were later released in the now infamous Steele dossier.

“Can we state with confidence that the Steele dossier was not part of the Russian disinformation campaign?” asked Cornyn.

“No, I can’t state that with confidence. That’s one of the areas that I’m reviewing. I’m concerned about it, and I don’t think it’s entirely speculative,” answered the attorney general.

Barr’s answer echoes one of the president’s regular talking points, that it was Clinton and the Democrats who actually colluded with Russia.

“Delusion, not collusion,” a Clinton spokesperson told NBC after Trump made the accusation against his old foe at a rally last fall. 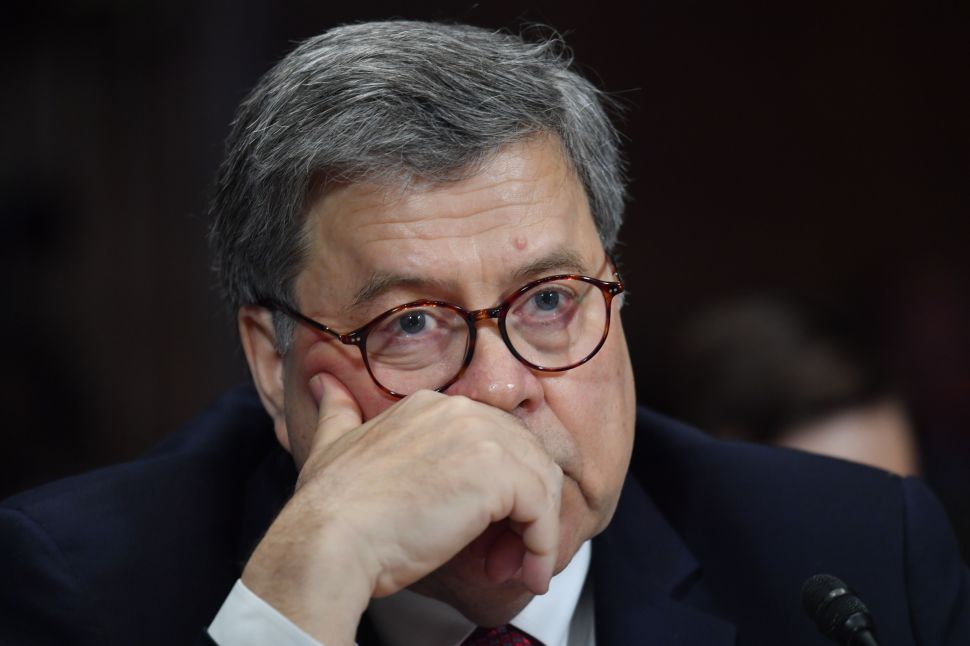