Boeing has announced that it has completed its software fix on the 737 Max, a requirement toward getting the plane certified to once again fly after two deadly crashes. News coverage of the announcement focused on the fact that the Federal Aviation Administration (FAA) will need to conduct its own tests and certification to verify if Boeing has truly fixed the problem. In addition, Congress is holding hearings on why the 737 Max was certified to fly in the first place. It’s safe to state that it may be months, if not longer, before the 737 Max once again is transporting passengers.

Instead of focusing on the software, the media and the public should be fixated on the following fact:

The reason why Boeing had to come up with a software fix is because the Maneuvering Characteristics Augmentation System (MCAS), played a role in the crash of the Lion Air 737 Max and the Ethiopian Airlines 737 Max jet. Multiple sources have stated that the pilots of each jet fought trying to keep the nose of their planes in the air, as the MCAS system repeatedly kept pushing the nose of the jet towards the ground and eventually causing each plane to crash. But why is the MCAS needed on the 737 Max? The MCAS is designed to counteract the tendency of the nose on 737 Max jets to point up due to heavier engines being mounted in a more forward position on the wing than in previous versions of the 737.

Still not clear? Let me simplify it even more: The 737 Max is a flawed design. Instead of building a new plane to meet the needs of a specific market, Boeing’s senior executives, including CEO Dennis Muilenburg, made the decision to upgrade the 737 in an attempt to get the plane to market sooner to prevent its largest competitor, Airbus, from securing orders for its own aircraft. When testing revealed that the heavier engines and the forward placement location of the engines on the 737 Max created new and unsafe flight characteristics, did Boeing shut down the program? No. Boeing made the decision to come up with a software fix to force a solution to the fact that the company had pushed the original design of the 737 far past its limit.

To give an example of what occurred, imagine a car company builds a new model that, due to the design, the front of the car points upward when driven faster than 30 miles per hour. To “fix” the problem, the car company increases the weight in the front of the car by 500 pounds. Technically, the car rides more level. However, due to an imbalance in weight between the front and rear of the car, the car can skid sideways when going around corners. No need to worry. The engineers at the auto company create software that forces the car to drive slower around corners eliminating the issue. Over a period of weeks and months, reports begin to surface that when the car is forced to drive slowly around corners, it’s nearly impossible to steer the car and keep it on the road. “That’s an easy fix,” proclaim the engineers, and software is developed to automatically steer the car around corners. All is well. Unfortunately, in a period of several days, multiple families are killed while driving the car, because for some unknown reason, the car decides to start steering itself without warning and multiple crashes occur. “Disappointing,” say the engineers. “Not to worry,” states the CEO, “we’ll quickly make improvements and when we are finished, the car will be the safest on the road.” And the victims? They’re buried and gone forever.

Based on countless hours of research studying the events surrounding the 737 Max and reading numerous opinions from aviation experts, what happened at Boeing is eerily similar to the car example I outlined above. Three hundred forty-six people are dead, and countless numbers of families have been devastated, for no other reason than Boeing made the decision to push forward with a flawed design, according to multiple sources I spoke with.

But don’t worry, Boeing’s CEO Dennis Muilenburg is on top of everything. According Muilenburg:

We’re committed to providing the FAA and the global regulators all the information they need, and to getting it right. We’re making clear and steady progress and are confident that the 737 Max with updated MCAS software will be one of the safest airplanes ever to fly.

No, the 737 Max will never be one of the safest planes to fly—ever—because the design of the 737 is flawed, Dennis. This isn’t my opinion. Pilots, engineers, retired FAA executives and many other aviation experts tried to warn Boeing there were problems with the 737 Max, but Boeing chose not to listen according to research I conducted.

The families of the passengers killed in the two 737 Max crashes are in a nightmare that will never end. The desire of Boeing to get the 737 Max flying again doesn’t justify the risk of more crashes on a plane that should never have been certified to fly in the first place. 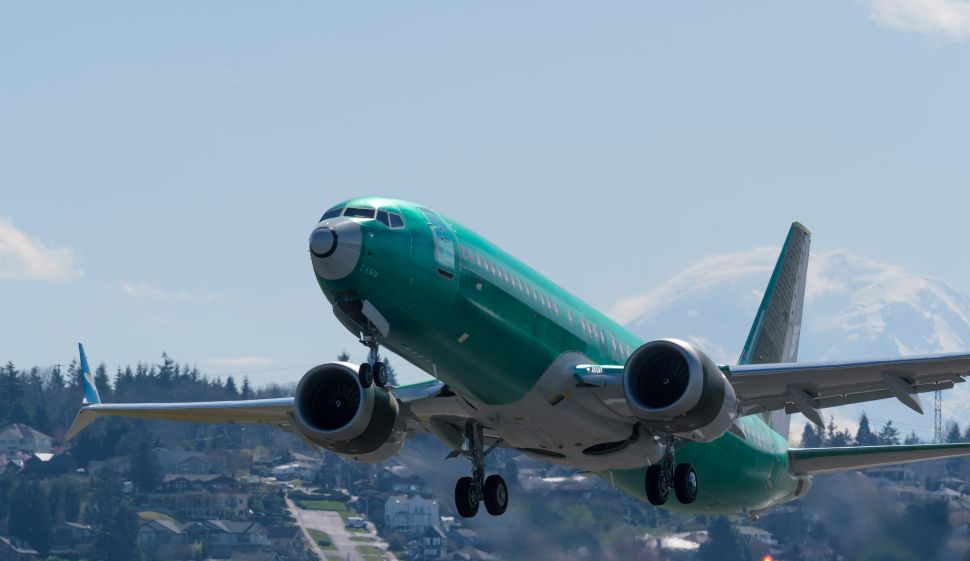