Bohemian Rhapsody earned more than $900 million worldwide against a midsize budget of roughly $55 million, becoming one of the most profitable films of 2018 and the highest-grossing biopic in movie history. Throw in its four Academy Awards and there’s no debate it was a massive success for 20th Century Fox. But despite all that, Queen member Brian May claims the band hasn’t seen any of the profits.

“We thought it would do well in the end, we felt good about it, but we didn’t realize it would do that well,” May said in a recent interview on BBC Radio 2’s The Zoe Ball Breakfast Show. “It’s incredible around the world. It’s like a billion-dollar movie.”

He added, “I had to laugh the other day, because there’s a thing in the paper saying that we were getting rich off this movie. If they only knew. We had an accountant in the other day, and we still haven’t earned a penny from it. Isn’t that funny? How successful does a movie have to be before you make money? Because there’s so many people, of course, that will take pieces off the top.”

May did, however, speak to the emotional reward of contributing to the film.

“The feeling of it is so great, the fact that it’s out there and I think Freddie [Mercury] comes out of it with his dignity but without having been whitewashed in any way,” May said. “It’s very real, and it makes people cry.”

Queen manager Jim Beach is listed as one of the producers on Bohemian Rhapsody, and it seemed the band held some level of creative control of previous iterations of the story. Sacha Baron Cohen famously tried to get a Mercury biopic off the ground for years but wound up leaving the project in July 2013 amidst rumored strife between him and the band. In 2016, Cohen said during an appearance on The Howard Stern Show “they wanted to protect their legacy as a band.”

The film’s production company, GK Films, has not yet responded to Observer’s request for comment. 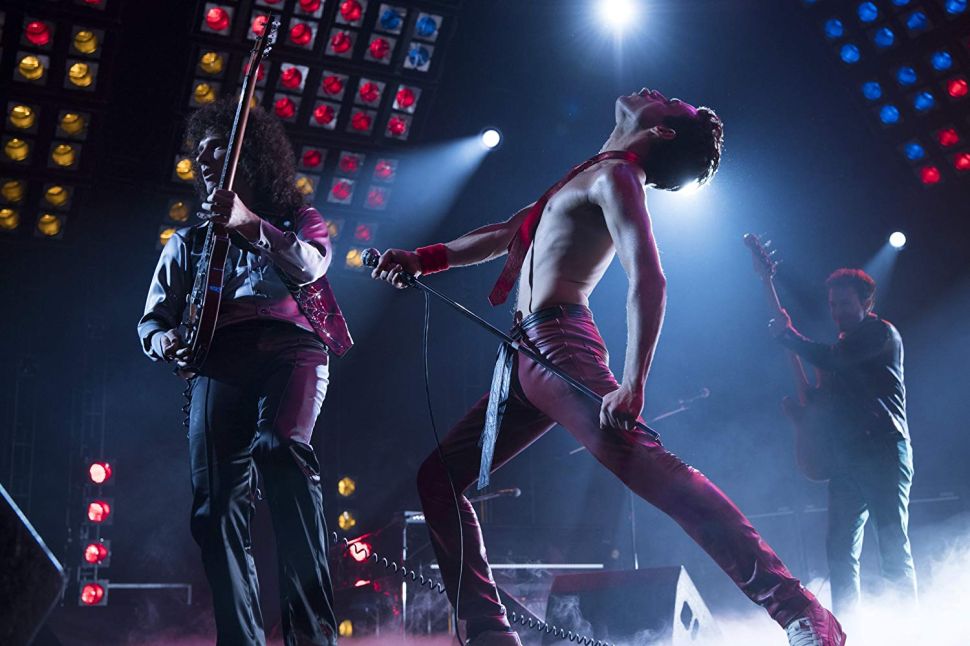