Booksmart comes out this Friday, and everything you might have heard about the movie is probably accurate. Olivia Wilde’s directorial debut is a hysterically funny peep into the final days of high school as seen through the eyes of two overachieving best friends, Molly (Beanie Feldstein) and Amy (Kaitlyn Dever), who experience a rude awakening when they discover that the years they spent abstaining from adolescent debauchery were basically wasted.

When I saw the movie last Friday after purchasing tickets for an early screening facilitated by Instagram (very 2019), I wasn’t surprised that the richly rendered coming-of-age comedy made me laugh. However, I was surprised—and quite impressed—by how Booksmart manages to depict its heroines’ rites of passage as lighthearted and fun while simultaneously evoking a very palpable sense of danger.

Don’t get it twisted—Booksmart mostly wants to show you that in order to grow up, Molly and Amy have to treat other people with as much compassion as they’ve shown to each other. But in almost every scene leading up to the film’s central house party, Feldstein and Dever’s characters are intwined in thrilling hijinks that feel just a hair’s breadth away from going sour.

Early on in the story, Yale-bound Molly makes a trip to the bathroom and accidentally overhears a few of her classmates gossiping cruelly about how uptight she is. One kid essentially says that Molly’s cute, but her overbearing personality makes her impossible to date. Here, condensed beautifully in one brief scene, is the unbearable suspicion that has plagued almost every smart, talented woman: She’s simply too much, and because of that fatal flaw, no one will ever like her.

This is the first instance of the aforementioned danger. It’s as clear as day that Molly risks taking these words to heart and crumpling in on herself, reducing her persona to something more palatable. Instead, Molly slips out of the stall and takes her fellow students to task. Shortly afterward, she convinces Amy to join her on a pre-graduation night of partying to prove the naysayers wrong.

Conversely, to anxious and accommodating Amy, everything around her spells trouble. She’s out as queer but afraid to approach her crush; she’s afraid of staying out too late; she’s afraid of telling Molly that she’s about to take a gap year abroad before starting college. In this sense, Amy is the heart of the movie, and the reason it works so well.

Young women are taught to manage and shrink themselves because they’re told everything around them is a potential threat: strangers, friends, future co-workers, the looming prospect of unemployment and so on. Throughout the course of Booksmart, Molly and Amy butt up against threats both tangible and existential. They’re very much in danger of leaving high school without ever experiencing the true thrills of youth, but they also may be in danger of getting abducted by a pizza delivery guy who gives off some very morally ambiguous vibes.

The pure, giddy elation I felt leaving the theater can be directly attributed to the perils that Molly and Amy flirt with, selectively succumb to and ultimately transcend. Booksmart truthfully and hilariously communicates that being a young woman often feels like surviving by the skin of one’s teeth, all the while knowing that with the right people by your side, nothing will ever be able to darken the horizon forever. 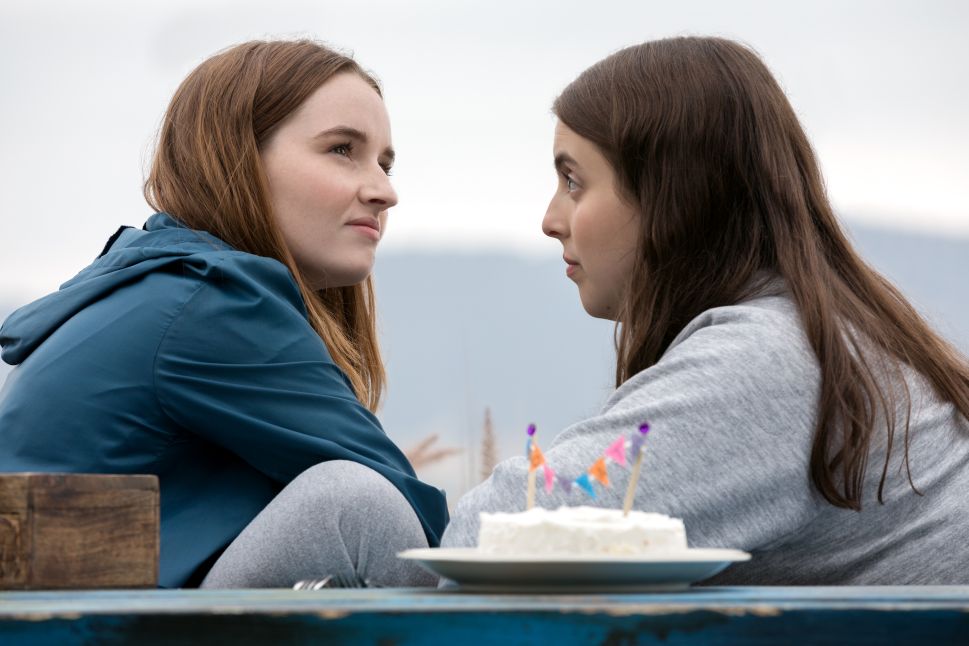