Observer Media’s mission statement is to chronicle the world’s power players through authoritative, scintillating storytelling. When it comes to entertainment, that means identifying, dissecting and analyzing Hollywood’s major trends and the forces behind them. It’s a fun job.

But we know what you’re thinking: If we’re so smart, why don’t we put our money where our mouths are? What would happen if we launched a film studio and tried our hands at creating our own quality content for Hollywood? Well, it turns out we’ve actually given this a lot of thought, talked to a lot of people and have more than a few ideas.

Below, our blueprint for Observer Pictures.

Since we’re creating a studio from the ground up, we won’t have access to a juicy preexisting library of major titles like a Disney, Warner Bros. or Universal, all of which are swimming in marquee intellectual property. Entering the crowded and explosive Hollywood fray unarmed like that is akin to the Los Angeles Lakers suiting up without LeBron James this season. But we’ll still need to plot a course that allows us to compete in Hollywood’s current IP-driven marketplace. To accomplish that, half of our release slate will be dedicated to original content, while the other half will be committed to mining books, comics, podcasts and video games for adaptable material.

“The most prevalent problem in Hollywood is that all the studios are so reliant on remaking movies from their own libraries,” Barry London, former vice chairman of the motion picture group at Paramount Pictures, told Observer. “There isn’t a lot of original product coming out of the studio system these days.”

This is particularly important when it comes to financial evaluations that could yield far-reaching implications for our fledgling studio. “Wall Street valuation models give an above-average multiple to studio content compared to other parts of the media business like distribution,” explained Steve Birenberg, the founder of Northlake Capital Management. “I think this is because there is always value in original content, even if decades later it’s just library content.”

So where would we find these titles? So glad you asked.

Original content that is both appealing to moviegoers and commercially viable is pretty much the Holy Grail of Hollywood; it’s not as if the next Christopher Nolan or Jordan Peele is just going to fall into our laps. It takes a prodigious amount of scouting and legwork to unearth these kinds of singular voices. It’s the type of foundational stumping major studios are no longer fond of these days.

“The development aspect has been cut way back because of cost factors and a lot of misses,” London said. “That’s where a lot of the historically classic movies come from. You used to have real development at the studios. You’d look at 125 potential properties in development and maybe turn 10 to 15 of them into movies per year.”

Observer Pictures would be willing to sacrifice a slice of our content budget in favor of a strong development division in order to avoid needlessly expensive gambles on untested new-to-screen concepts—you know, like the $150 million flop White House Down or the $175 million bomb Jupiter Ascending (we swear we’re not trying to pick on you, Channing Tatum).

The key is to identify up-and-coming filmmakers who have the potential to grow and yield increasingly impactful and profitable returns—think Rian Johnson hopping from Brick to Looper. The idea is to build up trust with a crop of ambitious content creators while investing in the most promising prospects. Back in 2015, Entertainment Weekly‘s Darren Franich proposed an intriguing scale that would serve as a farm system of sorts where studios could develop young directors over time.

“Their first movie would need to be $1 million: No questions asked, final cut,” he wrote. “If it makes money, then their next movie will have a $10 million budget. If that makes money, then comes the big investment: a $100 million picture. This is actually less crazy than the current Hollywood model, which promoted Colin Trevorrow from the under-$1 million Safety Not Guaranteed straight to the stratosphere with Jurassic World, a film that apparently costs $150 million.”

To start off, we’d home in on specific lanes that offer a combination of relative safety and upside, similar to what the micro-budget-focused Blumhouse Productions is doing.

“While there might be certain areas of genre to focus on, I think it’s more about being disciplined with budgets, setting up the backend in a certain manner and structuring talent deals a certain way,” Matthew Bakal, Lionsgate’s former executive vice president of business development and corporate strategy and co-founder of Atom Tickets, told Observer. “The genres you can do that best with tend to be horror/thriller, comedy and sci-fi. Every generation reinvents those genres, and they can be made relatively inexpensively.”

Let’s also throw live-action theatrical musicals into this mix given the genre’s recent track record. Ideally, this setup would funnel modestly budgeted original ideas in high-upside genres to the big screen while building inroads with a new generation of tastemakers. That way, when the time comes to dip a toe into franchise filmmaking, you already have a deep roster of reliable talent you can turn to.

The most stable moneymaking strategy these days is to invest in blockbusters, as Hollywood now revolves around repetitive cash flow—i.e., sequels. Originality and tentpole features are not mutually exclusive, but since we don’t have a treasure trove of existing IP, our development division is going to be dedicated to securing the film rights to high-upside source material.

We’d also be remiss if we didn’t look to the comic publisher Artists, Writers & Artisans, which is backed by a healthy investment from James Murdoch. AWA is preparing to create a universe of comic book characters that it can license for motion pictures, video games and other merchandise. Without the benefit of a Marvel or DC, this is one way our studio could compete in the superhero realm. Capes and cowls are all the rage these days.

Since Observer Pictures isn’t owned by a massive media conglomerate or backed by a deep-pocketed streamer, we’re going to need to be economical in our approach. We need to pounce on undervalued assets and innovate to create opportunity. We’d do that by diversifying our audience and expanding our demographic targets like Warner Bros. and Marvel have done with Wonder Woman, Black Panther and Captain Marvel. We’d also even out the traditional 75/25 advertising splits studios generally devote to broadcast, outdoor and print versus digital for applicable releases. We’d call this the Fortnite Attack, a strategy aimed at attracting younger moviegoers.

“I think Disney has proven that the only strategy that Wall Street will value exceptionally is breadth of blockbuster IP,” Birenberg said. “No studio seems to show the consistency of a broad number of mid-size hits year after year.” In other words, because of the volatility of those mid-budget films, it’s near impossible to rely on them as a consistent business strategy.

Smaller studios are inherently at a disadvantage in the Hollywood game, and shepherding ideas to the screen always costs more and takes longer than you think. Patience will be key.

STX Entertainment was founded in 2014, but not before raising $1 billion in initial capital funding to ensure it had enough room to find its groove over time. Attracting that sort of investment—which STX did in a deal with China’s largest privately held firm, Huayi Brothers Media Corp—is easier said than done. Observer Pictures would have no problem sharing in global revenues and signing a first-look deal with a Middle Kingdom conglomerate in exchange for such a considerable line of credit and a foothold in the world’s most important box-office region.

Our studio would also be willing to sign an initial short-term pact with a streaming service to raise our floor early on. Over the past year, Netflix has agreed to a multi-picture deal with Paramount Pictures; Amazon and Blumhouse have partnered for eight films; and A24 and Apple are cozying up with one another. The key here would be to try to negotiate long-term flexibility while promising to deliver exclusive streaming content in the near future. It would provide some stabilizing cost-plus profit while freeing up capital to increase our fully owned output. There are, of course, some downsides.

“One thing that is tough for producers about pre-sales to international distributors and to streamers is if they’re paying a certain amount and then you generate a real hit, do you get the rights back to that title to relicense worldwide?” Bakal said. “On the one hand, it’s great because you were able to make your film and to protect your downside, but it caps your upside as well. You want to be able to continue to exploit that IP.”

In terms of theatrical releases, it seems obvious that a studio would want to carve out prime real estate on the calendar to maximize earning potential. But that is growing increasingly difficult with the proliferation of “event” films (movies like Rain Man simply do not have the commercial pull they once did). Observer Pictures would attempt to take advantage of the lighter months other studios generally eschew—for example, October and January have never seen a $100 million opener. Moviegoers have shown that they’ll turn up anytime for the right product. Crucially, we’d try to avoid the obvious release dates if we felt our film was more of a mid-tier single or double as opposed to a home run.

“The key to the movie is when it’s distributed,” London said. “You can’t put a genre film that is going to be third in the race at Christmas. All of a sudden, you’re the white in the Oreo cookie—you get squeezed on both sides.” We’re looking at you, Mortal Engines.

Is this a perfect plan? Of course not. But by looking around at the industry’s past mistakes, proven strategies and shifts in consumer habits, we think this strategy stands one hell of a chance. Just don’t sue us if it reduces you to financial ruin. 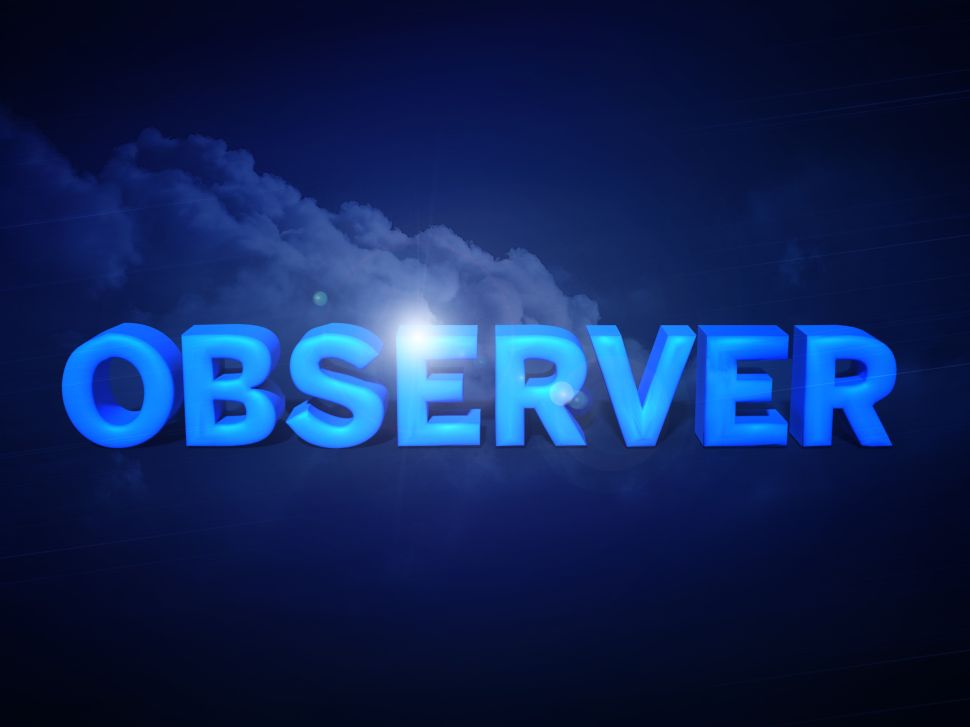