When the Americans declared their independence from Great Britain, few thought the new fledgling country had a chance against its colonial masters in the Revolutionary War.  Even after the Battle of Yorktown which essentially ensured America’s victory, nobody thought that the new United States would one day colonize Great Britain. But that’s what it looks like as the disastrous Brexit mess destroys the United Kingdom, as the final nail in the coffin is driven in this week with the European Parliamentary Vote.

Back in the Summer of 2016, Conservative Prime Minister David Cameron thought he could quell the mutterings of anti-European Union Tories in his party with a referendum. But after Nigel Farage and Boris Johnson whipped up the country using a xenophobic campaign with questionable claims about the economy and “how much money” the country would make if it left the EU, the vote passed by the slimmest of margins.

Cameron resigned and new Tory Prime Minister Theresa May, the Neville Chamberlain of the economy, took over. (Author’s note: Chamberlain presided over the disastrous Munich Pact with Adolf Hitler that nearly led to the fall of the UK before the Nazi conquest of Europe.) After an ill-timed snap election cost her party their outright majority in the House of Commons, May compounded her problems by refusing to call for a new referendum, despite indications that the British people wanted to remain in the EU.  Instead, she proceeded to push for a host of Brexit pacts so unpopular that even her party rejected them, with the most humiliating parliamentary defeats in almost 100 years, something hard to do in a parliamentary system.

The Labour Party might have stepped in to rescue the country and team up with “remain” voters to save the country’s economy, but they are led by Jeremy Corbyn, a politician to the left of Bernie Sanders and virtually any other Labour leader in history, who won a quirky “primary” that stunned the party when he was chosen.  Wary of anything smacking of free trade or free markets, he’s been content to fiddle while London burns, perhaps hoping to become prime minister after the country collapses.

In local elections, the third place Liberal Democrats, the only party that has wholeheartedly supported a “remain,” picked up more than 1,000 seats from sympathetic Tory and Labour voters. Some even think the Liberal Democrats might leapfrog the Labour Party into second place in national political party standings.

But any thought that the top two parties might come to their senses after so many electoral defeats in local elections were destroyed by the country’s European Parliamentary elections, during which Nigel Farage again whipped up anger from anywhere he could find it, from Communist Party members and IRA bombing sympathizers to hard core conservatives, united by only one cause: hatred for Brexit.

How Britain Could Become America’s Colony

Unless a miracle occurs, and the Liberal Democrats win the next election, or the major parties dump their foolish leaders, or another referendum kills Brexit, here’s what’s going to cause to the country to end up, essentially, an American colony.

First, there’s the economic fallout, which could be the worst thing to hit the country since the Great Depression. The British pound sterling is cratering against the U.S. dollar. Companies are moving their headquarters to the European continent. Jobs are leaving London as well. And this is all happening even before Brexit goes through. Not to mention, May plans to spend billions to pay for Brexit. This could be the worst moment for Britain since the country had to apply for an International Monetary Fund loan in 1976.

Second, there’s the breakup of the United Kingdom. Scotland voted to remain by a nearly 2:1 margin. North Ireland voters chose to remain in the EU by an 11-point margin. Wales only chose Brexit by a narrow vote. Given how close Scotland came to leaving the UK last time, with their departure, and possibly North Ireland’s, only England and Wales will vote for a “remain,” but this time, it would be to remain in the UK alone.

Third, there’s the question of trade partners after Brexit. The European Union is unlikely to cut a favorable deal so soon after being spurned by the British people and their politicians. The Chinese are unlikely to offer any terms favorable to England-Wales, and, except for Farage and Corbyn, few British citizens seem willing to be in league with the communists, especially as China’s President Xi Jinping seems intent to create a personalist dictatorship more in line with North Korea than Marxist principles.

Britain could lean on its Commonwealth partners. Certainly Canada might be willing to forge ties. And former British colonies were more inclined to link up with the United Kingdom when their former leaders were stronger. But a weakened UK, coupled with some members resentful of their past treatment by the British colonizers, may not make for such a beneficial arrangement. An emerging China looks like a better partner to the rest of the world than a decaying British lion that once abused them.

So that leaves only one logical partner: the United States. The two have been natural allies since World War I, with the Atlantic Charter and a handshake between Winston Churchill and Franklin D. Roosevelt, a pact that saved the world during WWII. But Theresa May is no Winston Churchill (and neither is Corbyn), and Donald Trump is no free-trader like FDR. Knowing that the British are desperate for a deal, Trump could make one, which puts “America First.” And the English and Welsh will have to swallow it, for their own survival. The colonization of Britain by America will be complete.

History will write of the demise of the British economy, its unity, and even its independence, and what could have humbled a country that was the victor of the two World Wars, where once it was said that “The sun never sets on the British Empire.” Perhaps it will be part of a campaign by Russian President Vladimir Putin, aligned with Nigel Farage and other Brexit forces, to destabilize West Europe. Some of the blame will be put on the British people, some of whom let their hatred of foreigners and greed for believing Brexit would bring them riches get the better of them. But save room in the responsibility corner for the leaders of the Conservative and Labour Parties. Theresa May, Jeremy Corbyn and others, each seeking to play the Brexit vote for political gain, have ignored the disaster that will now befall the country.

Britain’s loss could now be America’s gain. But it’s a cautionary tale for the U.S., to make sure a similar fate does not befall another country that begins with the title “United.”


John A. Tures is a professor of political science at LaGrange College in LaGrange, Georgia—read his full bio here. 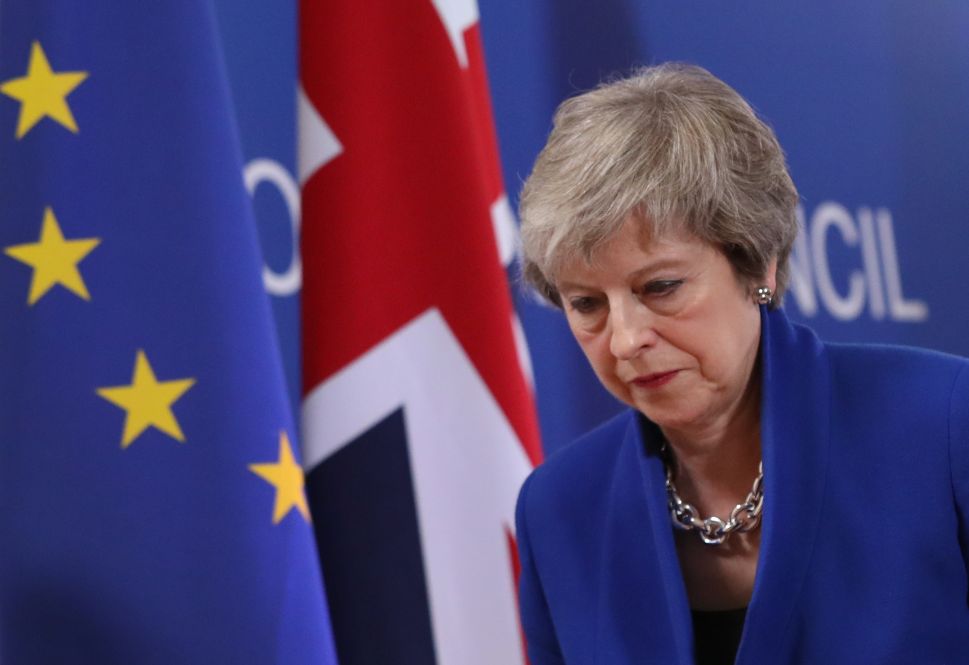