These types of productions—palatable, commercial—aren’t going anywhere; one glance at the list of highest-grossing productions shows no clear correlation between negative reviews and astronomical revenue. Still, riskier shows are starting to dot the Great White Way and—if the Tony Award nominations are any indicator—they’re gaining steam.

Nowhere is this dichotomy of razzle-dazzle Broadway vs. experimental theatrics more apparent than in the Best Revival of a Musical category. Only two productions are vying for this year’s Tony: Kiss Me, Kate and Oklahoma!

The latter’s as gritty as the former is vanilla. And yet they coexist on Broadway, where the ingredients defining a successful production are ever-shifting.

Of course, something like Oklahoma!—no matter how avant-garde director Daniel Fish’s vision—has name recognition to boost interest, along with stellar reviews that catapulted the production uptown (and across the East River) from experimental powerhouse St. Ann’s in Brooklyn.

But what about What the Constitution Means to Me? Heidi Schreck’s near-one-woman play has no star attached, no amusement-park spectacle, no capital-P Plot. And yet, it has steadily moved uptown, evolving from its 70-seat theater on East 3rd Street to an Off Broadway theater to a commercial downtown run to, finally, the Helen Hayes Theatre on Broadway. With To Kill a Mockingbird snubbed of a Tony nomination for Best Play, Heidi Schreck’s topical, feminist and unforgettable piece not only becomes a frontrunner for the night’s biggest prize but also sharply redefines what constitutes a Broadway play.

As might Choir Boy, Tarell Alvin McCraney’s play-with-music that examines black queerness, male intimacy and legacy through the lens of the mercurial friendships at a boys’ private school. Like Oklahoma!, Constitution and Hadestown, Choir Boy too rocketed to Broadway on the wave of strong reviews from an earlier New York production.

Other new works, like Gary, sprung right up on the scene without any out-of-town tryout or lauded Off Broadway run. But such is the kismet of combining an indomitable producer (Scott Rudin), a downtown, hot-on-the-rise playwright (Taylor Mac) and a consummate actor (Nathan Lane). While Mac’s works are aggressively daffy and inherently risky, it was judy’s (Mac’s preferred gender pronoun) play that was recognized by this year’s nominations, not Lane’s (characteristically zany, surprisingly tender) performance.

Each of these new or radically reimagined works—Oklahoma!, Constitution, Hadestown, Choir Boy and Gary—earned Critic’s Picks in The New York Times, pushing theater as a medium ever-boldly forward and boasting a combined total of 35 Tony nominations.

Still, even as these plays and musicals fight for their place in the evolving terrain of Broadway, they compete for Tonys against the commercial titans audiences have long supported: glitzy adaptations of beloved films (Beetlejuice, Tootsie), toe-tapping jukebox musicals (The Cher Show, Ain’t Too Proud) and choir-preaching dramas with starry casts (To Kill a Mockingbird, Network). Tonys often ensure longevity, but even prime winners still succumb to the dominant taste of escape- and fantasy-craving ticket buyers.

The Band’s Visit’s victory at last year’s Tonys was an enormous success for downtown, representative and unique musicals everywhere, but the sad truth is the heralded musical shuttered weeks before this year’s nominations even dropped while two shows it had competed against, Mean Girls and Frozen, are still very much running.

This is by no means a defeat. Intimate and resounding shows like The Band’s Visit—and, before it, 2015’s Fun Home and 2003’s Take Me Out—have paved the way for this year’s slow but steady uptown migration of downtown theater productions and artists. More will follow; it just takes longer to swim upstream. 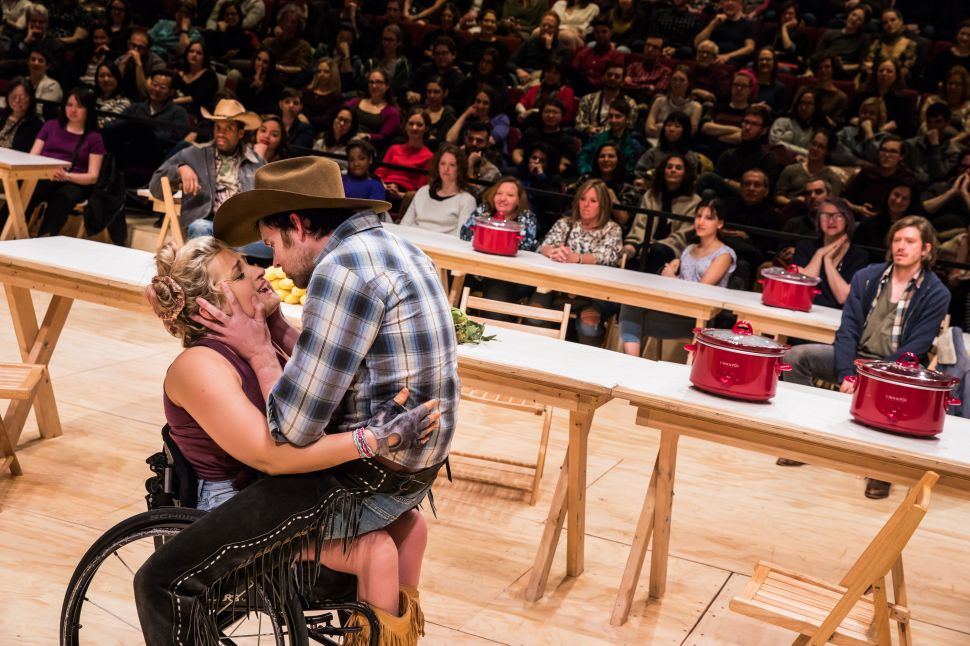