Let’s clear the air on this topic: professional wrestling isn’t fake, its choreographed, and it is scripted. What isn’t choreographed are the numerous injuries suffered by wrestlers in the ring and the chronic pain many wrestlers feel throughout their careers as a result of wrestling several hundred times per year. Winners are chosen before a match, and each wrestler plays a role in the ring to achieve a desired outcome. At least that’s the plan.

However, one man, Frank Goodish (AKA Bruiser Brody), gained a reputation as a man who would only go so far in agreeing to the rules of the ring. Goodish was pro-wrestling’s original rebel who, 31 years after his death, remains one of wrestling’s most revered wrestlers and larger-than-life personalities.

YouTube has a plethora of videos showing Bruiser Brody in action. What one witnesses when watching Brody wrestle is unbridled fury before, during and after the match is over. Standing 6′ 8″ tall and weighing nearly 300 pounds, Brody was an intimidating figure to say the least. When Brody wrestled in Japan, it nearly shut the country down due to Brody’s popularity. To the Japanese, Brody was the toughest man to ever walk the earth. Wherever Brody wrestled globally, crowds flocked to the arena.

Unlike wrestling today, in which the sport is dominated by the World Wrestling Entertainment (WWE) organization owned and operated by Vince McMahon, wrestling in the ’70s and ’80s was a hodgepodge of state and regional wrestling organizations each operating independently. Matches were plentiful, but owners and promoters played fast and loose with the rules. The saying “you have to go along to get along” applied. Brody didn’t believe in going along with anything he didn’t believe.

What casual wrestling fans didn’t see was Brody’s battles behind the scenes with wrestling promoters. Brody constantly confronted promoters over pay, story lines, the never-ending pace of having to travel to multiple cities day after day to wrestle, and the lack of respect Brody felt. Although declared a champion for several regional titles, Brody was never allowed to win the World’s Heavyweight Wrestling title. Brody’s ring persona and rage were appreciated when it generated ticket sales, but Brody’s menacing style worked against him where it mattered most—being recognized as a world champion.

The Death of Bruiser Brody

According to multiple sources I researched for this article, these are the known facts surrounding the murder of Bruiser Brody. On July 16, 1988, Brody was in the locker room before his scheduled match in Bayamón (a city near San Juan, Puerto Rico), when José Huertas González, a fellow wrestler and booker, allegedly asked him to step into the shower area to discuss business. González disliked Brody since Brody had humiliated González in several prior matches. Brody thought González was a “punk” according to those who knew Brody, and he enjoyed beating Gonzáles in the ring instead of wrestling to an agreed upon script. González swore to one day “kill Brody” in order to get revenge. In Puerto Rico, González saw his chance.

There was an argument between Brody and González, and a scuffle ensued in the shower. Due to the design of the dressing room, there were no witnesses to the altercation as a door closed off the shower from the locker room. However, two screams were heard, loud enough for the entire locker room to hear. Wrestler Tony Atlas ran to the shower and saw Brody bent over and holding his stomach. Atlas then looked up at González and saw him holding a knife. Atlas pulled Brody out of the way just as Gonzáles tried to stab Brody again. Gonzáles swung the knife so hard that even though the knife didn’t pierce Brody’s skin, it cut off his ponytail. When it became clear that Brody had been stabbed, mayhem broke out in the locker room with wrestlers separating González and Brody.

Brody apparently knew he had been seriously wounded by the knife. As he lay on the ground, he asked several wrestlers to care for his family and to tell his wife that he loved her.

Due to the heavy traffic outdoors and large crowd in the stadium, it took paramedics close to an hour to reach Brody. When the paramedics arrived, Atlas helped carry Brody downstairs to the waiting ambulance as, due to Brody’s size, paramedics were unable to lift him. He later died from his stab wounds. González claimed self-defense and testified in his own defense. He was acquitted of murder in 1989, because the prosecution witnesses who did not live in Puerto Rico didn’t show up, claiming that they did not receive their summons until after the trial had ended.

Last month, media company Vice released an excellent video on the topic of Bruiser Brody and his death. I believe the reaction of those who watch the video will be the same as mine—one can’t look at Bruiser Brody and not see the resemblance to actor Jason Momoa. One can’t help but feel sadness that such a tragedy occurred. Brody was only 42 when he died, leaving behind a wife and an 8-year-old son. Those closest to Brody understood that nothing was more important to Brody than his wife and son.

Rumors have begun to swirl in Hollywood that a movie about Brody’s life story is being discussed at several studios. I believe Jason Momoa is the only actor capable of portraying the life story of Brody on the big screen. The story of Bruiser Brody isn’t about wrestling, it’s about family and injustice. If Momoa portrays Brody, I believe he will be nominated for an Academy Award for Best Actor, and if done correctly, the movie should be an Oscar contender in several categories. Hollywood likes to make movies about rebels and outcasts. Brody certainly meets the criteria.

Most people probably believe that Momoa’s destiny was to play the character Aquaman. I disagree. I’m convinced that if Momoa researches the story of Brody and then looks in a mirror, what he will see staring back won’t just be a reflection of himself, it will be the ghost of Bruiser Brody. 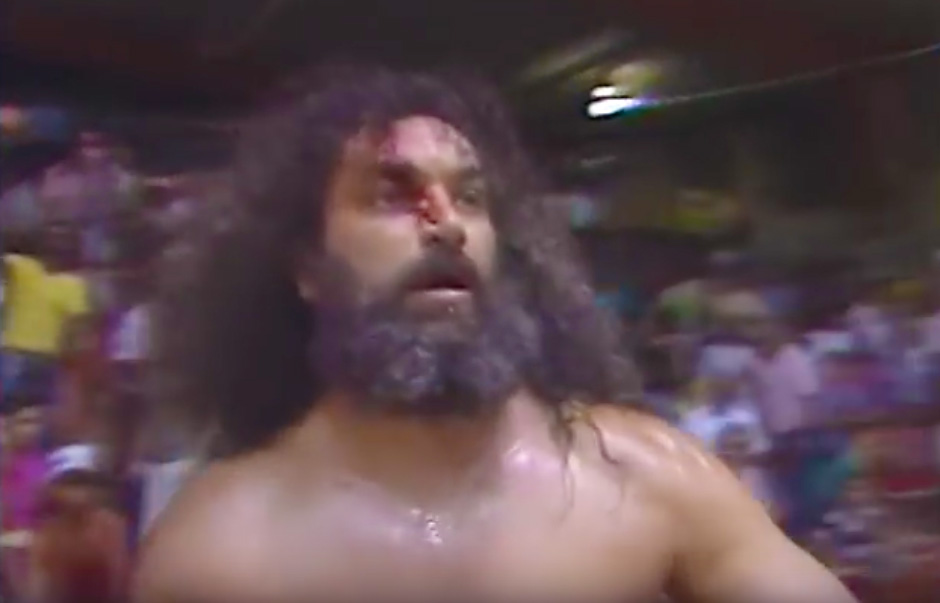