The first says that we don’t know much about Buddy Bolden, the turn of the century New Orleans cornet legend who is the subject matter of this sort of biopic. Yes, sure. The second says that he invented jazz. Say what now?

Mind you, it’s not that this second statement is altogether untrue. There is no doubt that Bolden, whose myth has been a favorite yarn of jazz nerds since my grandfathers’ time, was one of the most significant figures in the development of what would become perhaps America’s greatest gift to global culture.

It’s that it’s an insult to the music to claim that any one person could invent it, and it’s also a bad sign for the movie that the filmmakers feel the need to tell you what happens in it before it starts. Even the character of Buddy (played by Gary Carr, from HBO’s The Deuce) admits that what he creates—a looser form of ragtime that combined elements of blues and gospel—is an improvised musical conversation among the players. It’s not like jazz is Facebook—and even Mark Zuckerberg is not the Mark Zuckerberg of Facebook.

Sadly, this bit of titular ebullience is an example of a film that’s still pitching itself more than twelve years after it started production and found itself hyped (with a different cast) in the pages of The New York Times.

Most filmgoers will come away only mildly convinced of Bolden’s place as jazz’s inventor and even less sure that the movie they just saw spun a coherent or compelling narrative. It is more a stitched together visual tone poem featuring Bolden, confined to a mental hospital in the months before his death in 1931, listening to a live radio broadcast of Louis Armstrong (Good Girls‘ Reno Wilson) and thinking about his life.

By making it a memory piece, the story jumps time, repeats scenes, and tries in vain to create a dream-like mood. It also sacrifices any chance it has at developing dramatic momentum as its lead character steadily succumbs to mental illness. (Buddy was also an alcoholic, though that’s largely not shown on-screen.)

It doesn’t help that what the cornettist chooses to remember is bizarre. Instead of ruminating on the various social and cultural forces that made the New Orleans of that period the Fertile Crescent for American music, Buddy fixates on the bareknuckle boxing matches between African Americans that were bankrolled by racist oppressors (reliable movie bad guys Michael Rooker and Ian McShane) and set up by his manger Hartley (Boardwalk Empire‘s Erik LaRay Harvey). These same men are also seen providing heroin to the black community.

It’s understandable that the film would want to show the systems of oppression that existed in the turn of the century south. But here, the decision results in the storytellers—director Dan Pritzker is an heir to the Hyatt Hotel fortune and funded much of the $30 million passion project himself—robbing Buddy of his agency even when he’s inside his own head.

Carr, who took the part over from Avenger Anthony Mackie, gets a good read on the character despite the muddled script. His depiction of mental illness is far more compelling and compassionate than the way the film portrays it, which is generally by blurring the edges of the screen as if schizophrenia were a form of macular degeneration.

By the end, you don’t know too much more about King Bolden than you did going in—chiefly that he played beautiful music. Moments showing that are the saving grace of this film.

Executive producer Wynton Marsalis provides Buddy’s growling, honking and sensuous horn. Some of Marsalis’ most accomplished sidemen, including trombonist Wycliffe Gordon and clarinetist Victor Goines, fill in for the main players in the legendary Bolden Band; their riff on jazz primordial is thrilling.

Marsalis’ playing has a clarity, understanding and purpose that the rest of the film lacks. We may not get the real Buddy Bolden up on the screen, but thank goodness that at least the King’s spirit is captured in the bell of Marsalis’s horn. 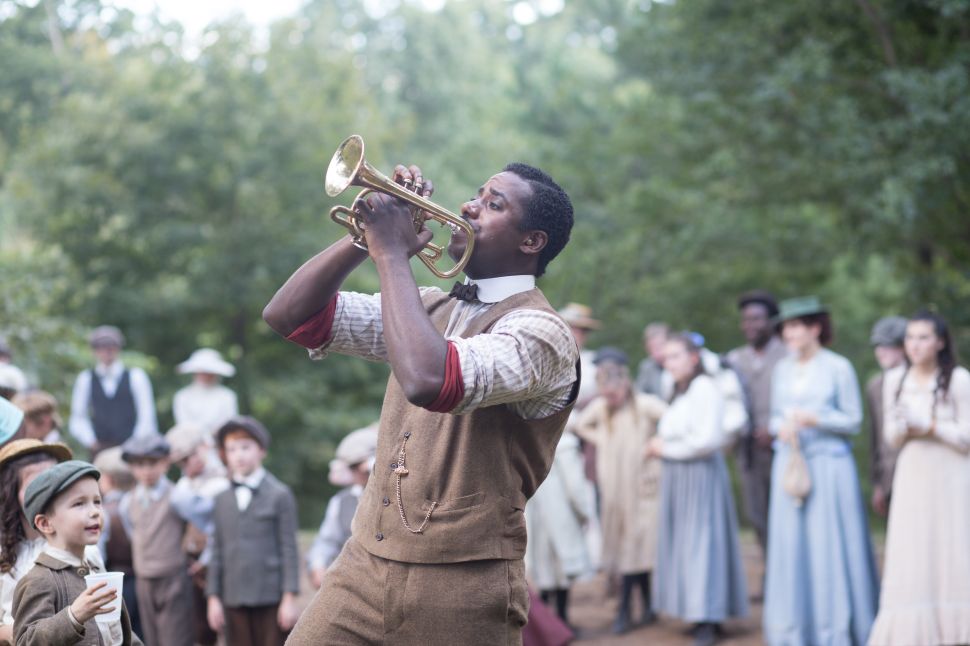