Consider this another muddled and amateurish attempt to detail the horrifying exploits of the demented Charles Manson cult, this time seen through the eyes of and related through the rancid brains of three of his female followers. This story has been better told in numerous TV shows and documentaries, but Charlie Says—directed by Mary Harron (American Psycho) with graphic nudity, churning violence and more drugs than you’d find in the evidence room of the Los Angeles Police Department—never catches fire or fully engages the imagination in the nightmarish way it should.

The screenplay by Guinevere Turner, based on The Family, one of many books about the Manson gang that have tried unsuccessfully to capitalize on the fame of “helter skelter,” jumps all over the place. One minute Leslie Van Houten, Patricia Krenwinkel and Susan Atkins—Charlie’s three most homicidal wacko girlfriends—are serving life behind bars, still worshipping Manson in their dreams. The next minute they’re on their way to massacre Sharon Tate and her dinner guests on August 9, 1969—the night that changed the history of Los Angeles forever.

One day they’re practicing group sex at the Spahn Ranch, the deserted ghost town used in old Hollywood westerns, where the gang escaped from civilized society. In the next scene it’s three years since their incarceration and a social worker is passing out books aimed at their reformation. In between, an attempt is made to show what Charlie said and did to hypnotize his captive followers through a promise of unconditional love between tender caresses and brutal beatings.

After Manson’s terrible audition for a record contract is rejected by Doris Day’s son Terry Melcher, his plans for revenge escalate in the film’s most suspenseful scenes, when he and his gang trace Melcher to the wrong house and find Roman Polanski’s wife giving a dinner party. In a brief appearance, actress Grace van Dien eerily resembles Sharon Tate begging for the life of her unborn baby while the “helter skelter” crimes are executed in a disgustingly blood-soaked retread of a story we don’t need to live through again.

Inmates Krenwinkel and Van Houten were incarcerated in the special security unit of California Institution for Women until they were finally released into the general population. Atkins died of brain cancer there in 2009. The other two are still there. “We don’t talk about the past,” says one. “We don’t have pasts. Our lives began when we met Charlie.”

Hannah Murray, Sosie Bacon and Marianne Rendón are all fine as the trio of maniacs, and Matt Smith, the British actor who was especially creepy in the recent biopic about the artist Robert Mapplethorpe, is positively remarkable as the insane Manson. But in a movie that reveals nothing we haven’t seen or read before, does anybody care? Suffering through what Charlie says again, without purpose, is unfair punishment, if you ask me. 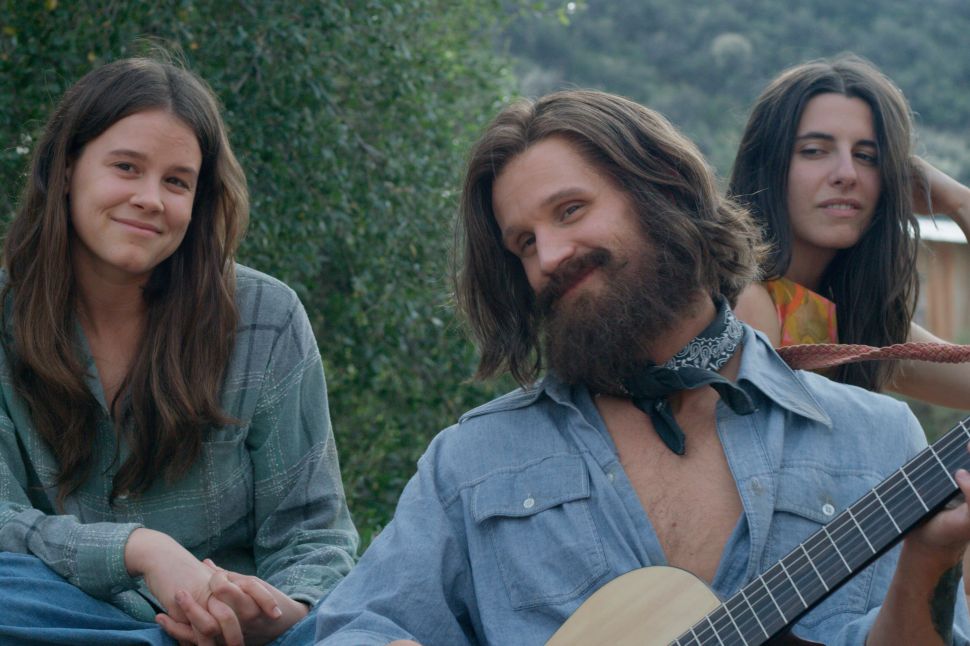