Last week, President Donald Trump signed an executive order declaring a national emergency over foreign threats against America’s information and technology sector. The move effectively led the Commerce Department to blacklist China’s largest telecom firm, Huawei, from buying components and technology from U.S. companies unless it obtains special permission from the U.S. government, which it likely will not.

Considering the fact that most of Huawei’s products rely on American chips and equipment, Washington decided to grant the company a 90-day reprieve to get its house in order before the ban fully kicks in. However, since the signing of the executive order, a slew of U.S. companies have chosen to cut ties with the company.

Several other major U.S. chipmakers including Intel, Qualcomm and Broadcom have also stopped offering supplies to Huawei. These companies told their employees they would stop selling components to Huawei until further notice, Bloomberg reported on Monday.

Cellphone parts manufacturer Lumentum, which gets 18 percent of its revenue from Huawei, also stopped shipping parts to the Chinese firm following the Commerce Department’s blacklisting. Expecting a severe impact on its bottom line, Lumentum subsequently cut its fourth-quarter revenue forecast for the year.

Intel, Qualcomm and Broadcom rely less on Huawei orders than the smaller Lumentum (Huawei contributes less than one percent of revenue to Intel, 2.6 percent to Qualcomm and 5.5 percent to Broadcom, according to Bloomberg data), but they still suffered a stock rout after breaking up with it. Intel shares fell two percent on Monday, Qualcomm’s dropped 4.8 percent, and Broadcom’s was down 2.4 percent.

Microsoft, whose Windows operating system runs on all Huawei laptops, hasn’t made any official statements regarding its relationship with the Chinese company, but as of last weekend, it had quietly removed Huawei laptops from its online store.

Huawei has been on the U.S. government’s national security watchlist for years due to the company’s ambition to lead the global 5G race and its founder Ren Zhengfei’s close ties with China’s Communist Party–led government. 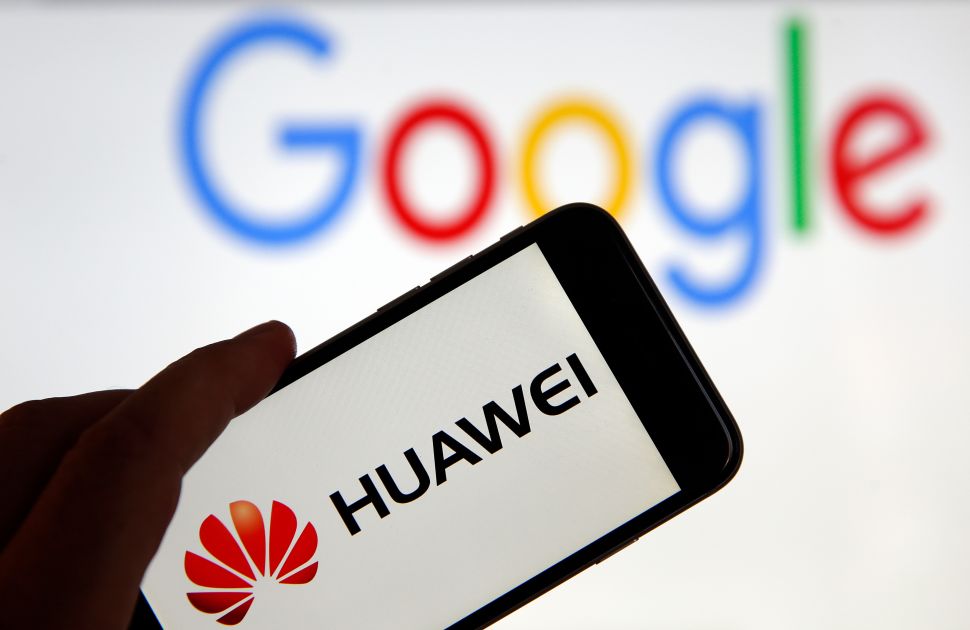