In late 2017, when Starbucks opened a supermarket-sized “Roastery” store in Shanghai, adding to its vast network of 3,000 locations in China, an upstart coffee shop called Luckin Coffee opened its first outlet in Beijing. Well, fast forward less than two years: Luckin Coffee now owns 2,370 locations across China, has submitted IPO papers in the U.S. and is poised to disrupt the coffee market long dominated by Starbucks.

On Friday, ahead of Luckin Coffee’s debut on the Nasdaq, the startup’s CFO Reinout Schakel said in a CNBC interview that, despite its limited track record, Luckin’s unique business model would set it apart from established coffee chains like Starbucks.

“The founders of our business are used to using technology and disrupting industries,” Schakel said during a Squawk Box interview. He recalled that Luckin’s founders “looked at the transaction of coffee  and thought, ‘we can do better than this.'”

Contrary to the conventional wisdom of coffee chains that often focuses on heavy investment in store design and decoration, Luckin Coffee intentionally keeps its stores small yet close to residential areas and delivers most of its orders through China’s highly sophisticated food delivery infrastructure.

To order a coffee or other beverages from Luckin, you have to do so through the company’s mobile app. Schakel said this “new retail model” not only allows the company to keep cost low and minimize waste, but also creates a valuable trove of customer data for analyzing spending trends and characteristics.

The delivery-first model “has fundamentally changed the cost structure in China,” Schakel said. “We have done what most people do in 15 or 20 years.”

Luckin Coffee started trading on the Nasdaq on Friday morning at $17 per share. The company was valued at $3 billion at it latest round of fundraising, a rare milestone for a startup its age. Its main backers include Singapore’s sovereign wealth fund, GIC, and American asset management giant BlackRock. 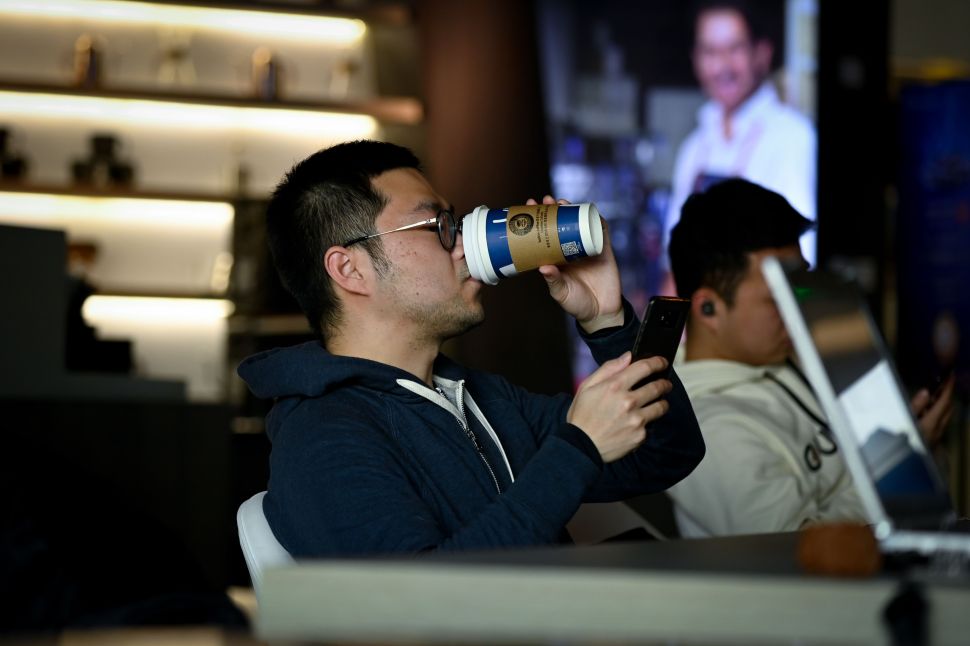