Amid a new round of tariff battles between the U.S. and China on each other’s exports, China has recalled two cute giant pandas from the San Diego Zoo in California, British tabloid Mirror first reported on Friday.

The two iconic animals for the zoo, 27-year-old Bai Yun (meaning “white cloud”) and her six-year-old cub Xiao Liwu (“little present”) have been sent back to China after the country scrapped its conservation loan agreement with the U.S.

They landed at China’s Conservation and Research Center for Giant Pandas in Sichuan Province on Thursday morning, ChinaNews.com reported. “They will be under quarantine for a month to help them adapt to the conditions in China,” said Zou Wenyong, the research center’s spokesman.

Bai Yun was born in China in 1991 and moved to the San Diego Zoo in 1996 under the conservation loan agreement between the U.S. and China. During her 22 years at the Californian zoo, Bai Yun gave birth to six cubs, with Xiao Liwu being her youngest. All five of Xiao Liwu’s siblings returned to China between 2007 and 2011.

Giant pandas, a highly endangered species only found in central China, have been a crucial diplomatic symbol for the Middle Kingdom. Since the 1940s, China has gifted or loaned dozens of giant pandas to 14 countries.

The San Diego Zoo has expressed its intention to renew the conservation loan agreement with China. But for now, the zoo’s live streaming “panda cam” shows nothing but the emptiness of the two adorable pandas’ former home. 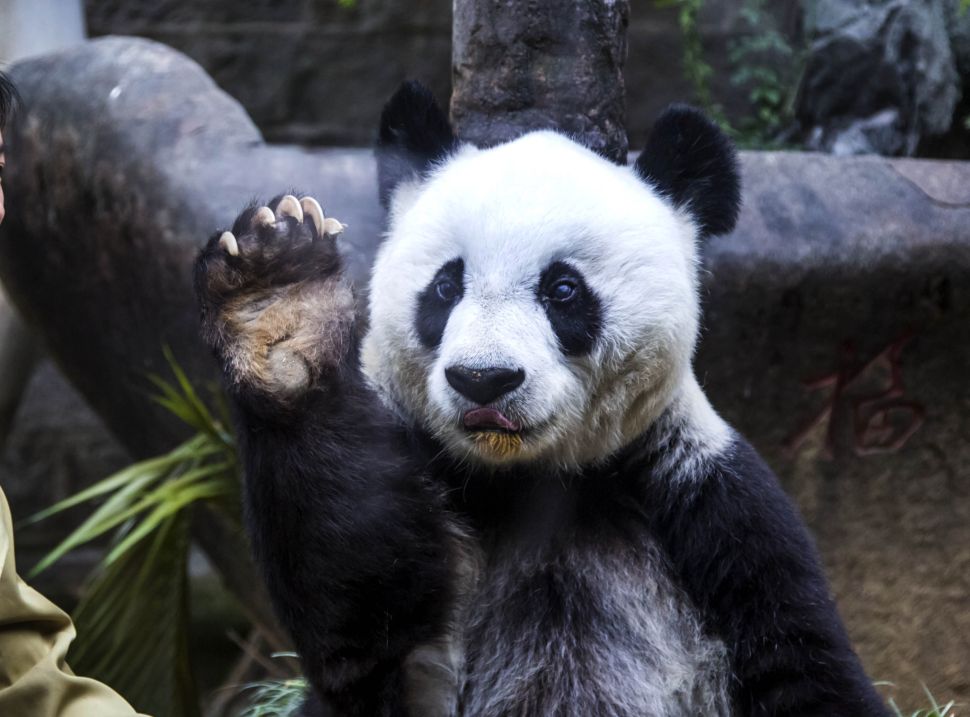