China is eager to begin a series of trade negotiations scheduled for this week in Washington, D.C., despite reports that Beijing’s government considered calling off the talks.

“There is definitely a sense of urgency that we should get this resolved sooner rather than later,” one of the Chinese delegates told The Wall Street Journal. “An all-out trade war is in no one’s interest.”

The atmosphere going into the negotiations is fraught. Over the weekend, President Donald Trump announced higher tariffs on Chinese imports, causing Beijing’s stock market and currency to tumble. Although this round of meetings was anticipated as the final step before both sides called off the trade war, Trump officials have made a concerted effort over the past week for new laws and regulations for Chinese companies—which Beijing’s government has said impedes on its sovereignty. After years of complaining about China’s industrial policies, the United States is looking to strike a nonstructural deal that will force its counterpart to outline a timetable and method for how to cooperate with international regulations.

The specifics, however, have been a no-go for China, and reportedly caused trade tensions to escalate.

Chinese Vice Premier Liu He will arrive in Washington on Thursday, a day later than originally planned. The decision was made after Treasury Secretary Steven Mnuchin and U.S. trade representative Robert Lighthizer said they would bring any Chinese counterproposal to the president, reports The New York Times.

“It’s only natural for the two sides to have differences,” said Chinese Foreign Ministry spokesperson Geng Shuang on Tuesday. “We are sincere about continuing the consultation.” 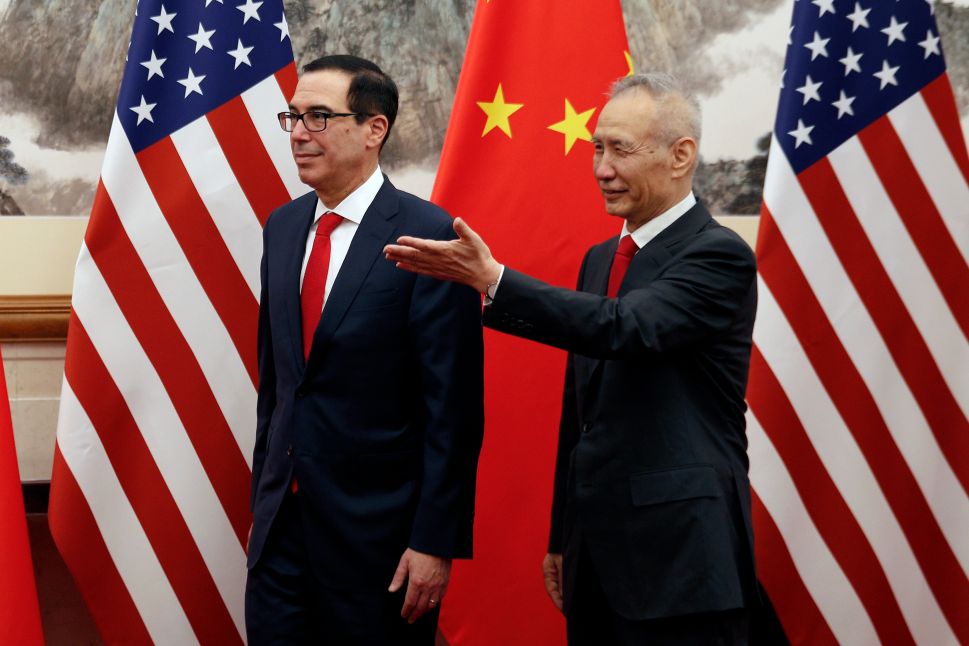