Memorial Day is just around the corner, and while many of us are searching for a last-minute Hamptons spot for the weekend, Christie Brinkley went the opposite route. The model has been trying to part with her historic Sag Harbor home in North Haven for more than two years, and now she’s finally snagged a buyer.

Brinkley has officially closed on the sale, according to Douglas Elliman, which handled the sale of the 5,500-square-foot property. The three-story house was last on the market for just a touch under $18 million, and while a brokerage spokesperson wouldn’t confirm the precise final transaction price, they did say it was “very close to ask.”

It’s not quite the $25 million haul Brinkley was hoping for when she listed it for sale in January 2017, but it’s a major profit given the mere $7.15 million she doled out for the 4.44-acre home back in 2004. When she first put it on the market, Brinkley said she wanted to part with the Colonial-style abode because she hadn’t been able to “use the house as much as I used to.”

The five-bedroom, four-bathroom estate was originally built in 1843, and still has numerous period details like the exterior columns, wide-plank pink floors, oak banister and fireplaces, per the listing held by Douglas Elliman broker Enzo Morabito.

The kitchen has soapstone and marble counters as well as white cabinets, and is open to a cozy living space and one of the two dining areas. The main level is also composed of a sitting room, living room and airy great room with beamed wooden ceilings.

The master suite is on the second floor, and has its own sitting room, bathroom and private terrace. Outside, there’s 327 feet of waterfront, plus plenty of green gardens and trees, as well as a bayside pool.

This isn’t the only Hamptons home Brinkley has been attempting to sell, however. She’s still trying to locate a buyer for her sprawling Bridgehampton estate, Tower Hill, which is currently on the market for $29.5 million. 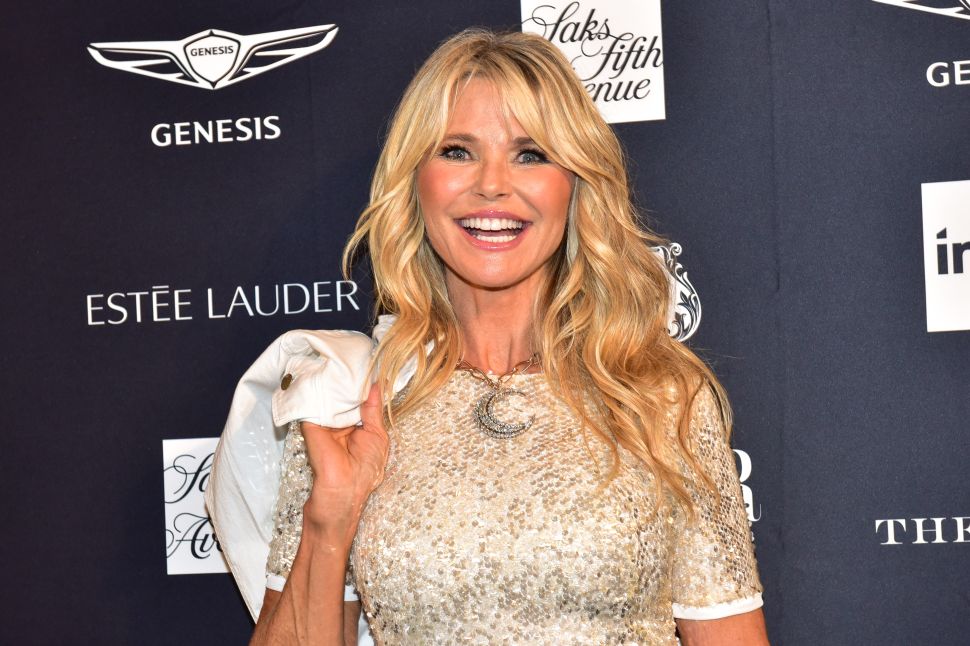