“Trade policy and border security are separate issues. This is a misuse of presidential tariff authority and counter to congressional intent,” Grassley said in a statement on Thursday. “I support nearly every one of President Trump’s immigration policies, but this is not one of them.”

Trump’s announcement that the United States would impose a five percent tariff on imports from Mexico sparked concern from other Republican lawmakers, including Senators Joni Ernst (R-Iowa), Rob Portman (R-Ohio) and John Cornyn (R-Texas)—the last of whom said the initiative “will disproportionately hurt Texas.”

Grassley in particular has voiced his opposition to the president’s trade wars, which have resulted in retaliatory tariffs from China and a second multibillion dollar stimulus package to aide the affected farming communities. The Senate Finance Chairman told Axios in December that he was considering legislation which would limit the president’s ability to impose tariffs in the interests of national security.

“Look, I certainly have a lot of respect for Chairman Grassley, and we work with him on a lot of things. But at the same time, the president’s number one responsibility is to protect Americans, and that’s exactly what he’s doing,” Sanders told Fox News on Friday morning. 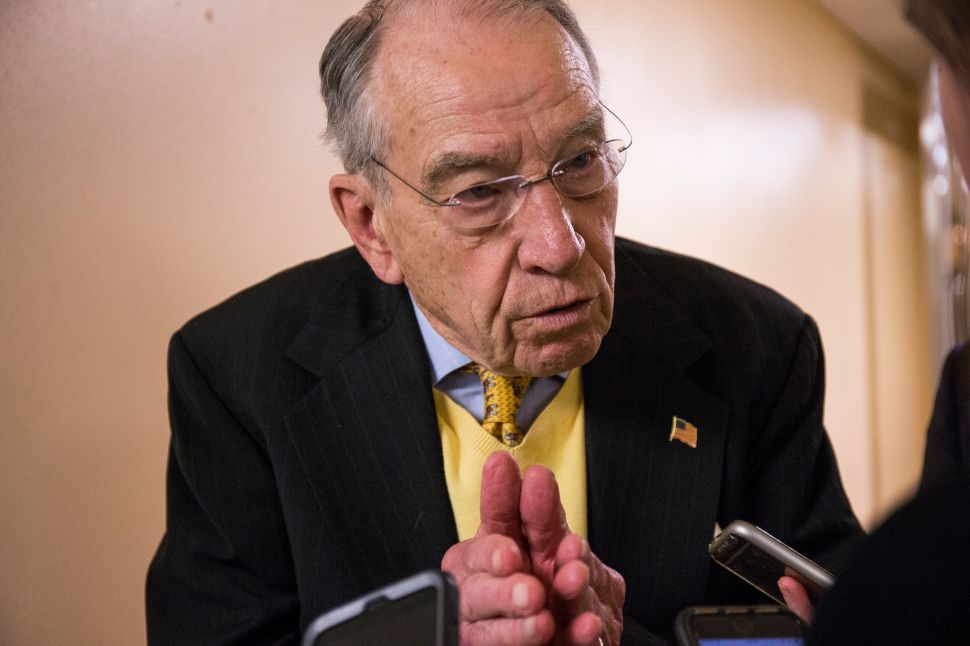