“We’re not super wealthy collectors, but we have come up with a great collection at a really amazing budget,” says Evrim Oralkan, “and it’s really important to share.” That simple impulse was the seed for Collecteurs, a new platform he co-founded with his wife, Jessica Oralkan, which asks art collectors to upload the works they’ve acquired so that anyone can see and enjoy them. The goal is to compel collectors to become “creative social agents,” rather than simply wealthy people with storage units full of paintings. Even the most stunning private collections, like that of the Rubell family, they note, are often only enjoyed by a select few. “Such an important collection is unable to reach millions in Beijing, Tokyo, Los Angeles or London,” Evrim says. “We’re interested in providing the tools and assistance to take this message across the world.” Observer spoke with the couple about their vision of a new kind of social network.

Observer: How did your own background bring you to Collecteurs?
Evrim Oralkan: We started [collecting] about a decade ago, getting to know the galleries, the institutions, understanding that landscape. We felt like there was something missing in our relationship with collecting, and getting it out there. We realized that all collectors wanted to share what they have, so that felt like an interesting opportunity for us to explore. At the same time, we were just starting to struggle with cataloging the collection, Excel sheets, trying to keep track of what we were getting. You purchase quite a lot of things; that’s the obsession part of it. We looked at a few other collection management softwares, but they all felt like a Windows 95 type of interface, and they were close-ended—only visible to the collectors themselves. We came up with the idea: Why don’t we create a professional management system, but integrated with a social network?

Are your careers in the art world?
EO: I was a hotelier, I studied hotel management for many years, and then I had an opportunity to do something on my own, in architectural stone. That’s really what got us here. Basically, we import travertine marble. That’s a company I started when I had literally nothing in my pocket. We’re not coming from very wealthy backgrounds, there’s no daddy’s money here—neither for me nor for Jessica. Everything we made, we made it on our own, and we worked very hard for it.

How have you addressed other people who might be interested in the platform but might not think of themselves as collectors?
EO: It’s not really about what you own, or how much you own. It could be one, two, three or a hundred [works.] But we really want to press this idea of collectors as creative social agents. What are you doing with these works? Are you telling stories? Are you trying to nurture or foster their cultural value? With that in mind, we’re starting a series of interviews with artists. We want to see what they are collecting; almost all artists collect, and they do exchanges with each other as well. It’s not this one percent [activity]; we all collect certain things. The value to us is the stories behind it, and what’s what we want to activate.

What are collectors who join Collecteurs getting out of the platform—beyond being able to show off what they own?
Jessica Oralkan: One of the biggest joining points for a lot of our community is that this work will be visible. The first thing you think about when showing private collections is privacy: ‘What if people know what I have?’ We’ve found that the response has been the opposite. A lot of people are excited that there will be this database of sorts, where their collections can be discovered by institutions, museums or independent curators.

Let’s say I’m a curator putting together a show. I go on Collecteurs, and find an Anselm Kiefer work that David in Ohio owns. How do I get in touch with him?
JO: It’s very easy—a direct message goes straight into their inbox.

If you can messages to collectors, is part of the idea that art advisors could use the platform? “I see that you own a lot of work by this person, are you interested in acquiring more?”
EO: This could happen, we’ve thought of it. It’s really important for us to create an environment where the capital value of the art is not the most important thing. We want to focus on the cultural value.

We talk about experiencing art online, but of course that’s never going to be the same as standing three inches away from a painting or a sculpture. How have you tried to make that experience as close as you can get to actually communing with the work, despite the fact that you’re on your laptop or phone?
EO: I don’t think we want to compete with the experience in a museum, to replace the experience of a gallery or a private collection in somebody’s home. With time, we’ll be using technologies, whether that’s virtual reality or augmented reality. But for the time being, what matters is: Can we get collectors to tell a little bit of a story? When you look at my collection, you’re going to see a Robert Longo, and an Ai Weiwei next to it. How do those relate? You get into the mind of that person. [And] we want to start assisting collectors by bringing curators into the platform, to create exhibitions out of what we have.

How so?
EO: We’re trying to work with collectors to do collective exhibitions from all our members. But we want to create this economy where curators benefit as well. We want curators to have accounts, and we want collectors to be able to hire, work with or collaborate with them to create exhibitions on their own. That means a financial transaction, and perhaps we’d get a percentage of that as well.

It’s impossible to talk about art online without mentioning Artsy’s platform (a company that, full disclosure, I worked for until very recently). What ways were you thinking about what already is available on a site like that?
EO: Originality is really difficult in today’s society; a lot of things have been done before. We started to do something that didn’t exist, and I think it’s fair to say it still doesn’t exist. There is no other platform focusing on private collections. Part of the reason is that it’s difficult—not impossible, but it’s difficult to do. We have respect for what Artsy has done in such a short period of time, but I don’t think we’re doing anything like they are. I don’t think we’re going to same place, either. We have our own vision. We want to activate the social economy in the art world, benefiting everybody, not just galleries or collectors—but bringing curators and art advisors into this mix, a new environment for everybody to set new rules in the 21st century. The whole landscape has changed.

How much outreach have you done to collectors themselves?
EO: We really haven’t yet, we’ve waited for everybody to come to us until now. We’re ready for outreach—and that’s part of the reason we’re doing the Kickstarter, to bring these collections in. So far though, people have reached out to us. It’s fair to say that 95 percent of users are collectors who have come and opened accounts on their own.

Besides your subscription model—from a free account to one that costs $125 a month—how will you monetize Collecteurs?
EO: Where we could really create more funds for ourselves [is through] commissioned artworks and capsule editions. We’ve done editions of original works, smaller editions of eight or ten. [They are from] artists we admire and respect, or believe that they’re important to the zeitgeist.

The artist and musician Nástio Mosquito is an “ambassador” for Collecteurs. How did that come about?
EO: I’ve been listening to Nástio’s music for the past seven years or so, before he was embraced by the art world. His first albums were in Portuguese. I don’t speak Portuguese at all, but I memorized [the lyrics]. Even though I don’t understand what they mean, I do know what he’s saying—it’s so crazy. I sent him a message [on Instagram, and eventually] we got on a phone call. It was an immediate connection, on a spiritual level. We both knew immediately there was something deep in there. [I suggested] we do an interview, an edition. He was like, ‘Yeah, that would be great, but I really feel like we can do something bigger than that. Let’s do something bigger.’ He’s very involved in our mission, and that’s really hard to put into words. I think we share the same soul-purpose.

What’s your goal for the next five years—the dream of what Collecteurs could look like?
JO: One of our most basic goals—it sounds lofty—is that every private collection has some sort of presence on Collecteuers, whether or not that’s uploading their whole inventory. Just how, back in the day, any business would have some sort of presence on Facebook. And as you were saying, not everyone sees themselves as an established ‘collector.’ We’re all in this together. So many people, even just out of our incubator program at the New Museum, were like: “Wow, I never realized, in my years of working in the art world, that I was actually a collector.” It’s opening peoples’ minds and eyes to the fact that we’re all doing this together, we all have stories to tell.

EO: We want to solve other problems in the future as well. We want to bring blockchain into the platform. It’s important to make sure there’s transparency, a way to track these works. Making sure artwork records on the platform are transferable.

One of my future goals, in five years, is that Collecteurs is a digital museum, widely accepted, with content created by collective members, private collectors, curators and writers—a collective platform that is really happening on its own. We don’t want to be this massive company. We want to a good job; we want to do something meaningful.

This conversation has been lightly edited and condensed for clarity. 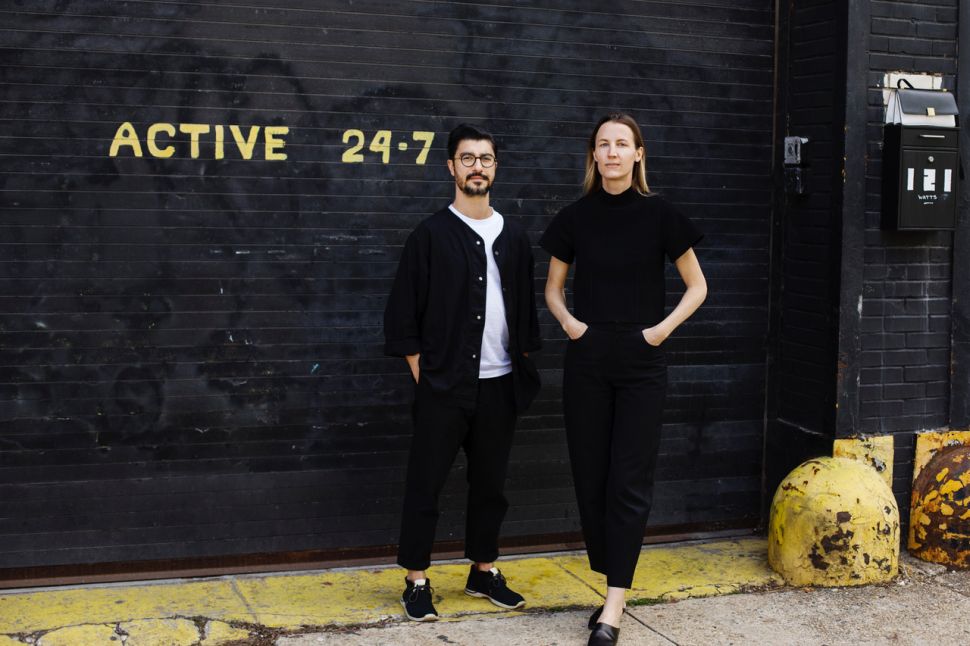