My first semester at Columbia University, I had to take a 3000-level political science class—and do well—to get my high school Advanced Placement (AP) U.S. government credit to count towards my college transcript. As an incoming freshman, you’re in the last group to register for classes, and this was a moderately difficult bureaucratic loophole. However, I was lucky enough to find a class in time that was at the 3000 level with an open spot.

To take it, I would have to enter Barnard College’s campus.

That shouldn’t be a weird statement. Many Columbia students take classes at Barnard. But in light of a recent incident with Barnard Public Safety officers and black Columbia student Alexander McNab, some students have insisted that the campus policy to ask for student identification after 11 p.m. makes sense for a closed women’s college campus, and that the altercation, which led to officers pinning McNab against a countertop because he didn’t show his ID, was more related to gender than race. Which… is a weird argument to make.

First of all, the argument obscures what exactly is “closed.” Yes, parts of Barnard are closed to outsiders, specifically the dorms Barnard owns on- and off-campus. However, these are closed to Columbia students, period. A Barnard resident would have to check in any Columbia student, male or female, before that student would be allowed to enter that resident’s dorm. The same policy applies to Barnard students entering Columbia housing. There’s an entire security apparatus that supports this system and, while it isn’t perfect, it’s also not the policy in question.

It also flattens the relationship between Barnard and Columbia into a two-dimensional plane. Ever since Columbia College, the largest undergraduate program at the university, started accepting women as late as 1983, Barnard’s already integrated relationship with Columbia has become even more intertwined. I was able to take a Barnard class on their formal campus because of the Intercorporate Agreement, which allows Barnard and Columbia students to cross-register between undergraduate offerings from both schools. And for students interested in theater or urban studies, you have no choice but to study at Barnard.

Alexander McNab wasn’t going to class at 11 p.m.; he was going to a social event hosted by his dance group in the Milstein Library, a building that does not require swipe-access to enter. In fact, had he entered the campus at 10 p.m., per the school’s policy, he wouldn’t even need his ID. The reality is that social life within the Columbia and Bernard undergraduate community is even more intertwined than the academics. It wasn’t uncommon for the Columbia Democrats, for example, to meet in the Diana Center of Barnard. And if there’s anything that’s almost universally true about college students, it’s that they generally stay up past 11 p.m.

So what gives about the controversy? Well, the incident exploded in the way that it did because of a judgmental environment.

Too many Barnard students said that they had never been asked for their ID at the gate for this policy to be consistently enforced. And if you think about it demographically, what type of student would a Public Safety officer not stop to check for a college ID? Probably a white woman, which McNab is not. And because students like McNab don’t look like a Barnard student the same way that a white Columbia woman would, there’s a sense that Public Safety views black students as that much less than a student.

This isn’t an uncommon or exclusive feeling. In a 2018 survey, The Columbia Daily Spectator asked students how they felt about the Barnard-Columbia relationship, and some said they felt like Barnard, an affiliate and tightly connected college of Columbia University, was a backdoor into the Ivy League. One student wrote in response that “it is exhausting to have to constantly prove that I know how to read/am not stupid,” despite any number of joint-classes or Columbia organizations they might join.

I’m not trying to say that both incidents are the same, but without the physical handling from Public Safety, the same sense of inferiority and imposter syndrome pervades. Checking for IDs at the gate might prevent non-students from using Barnard’s resources, as was the original intent of the policy. But it also creates a security checkpoint on a campus that is otherwise seamless, and the underlying message communicated by the inconsistency breeds a resentment that came out in full force after the McNab incident went viral.

Ultimately, Columbia matters less to the larger conversation around campus security forces than the incident that happened at Yale. However, if we’re going to discuss how to go forward, we owe it to ourselves to understand what the policy is actually doing, and under what context it’s actually occurring under, instead of protecting an image of an all-women’s college that, in this case, isn’t really there.

Ufon Umanah is a political science major and journalist studying at Columbia University. 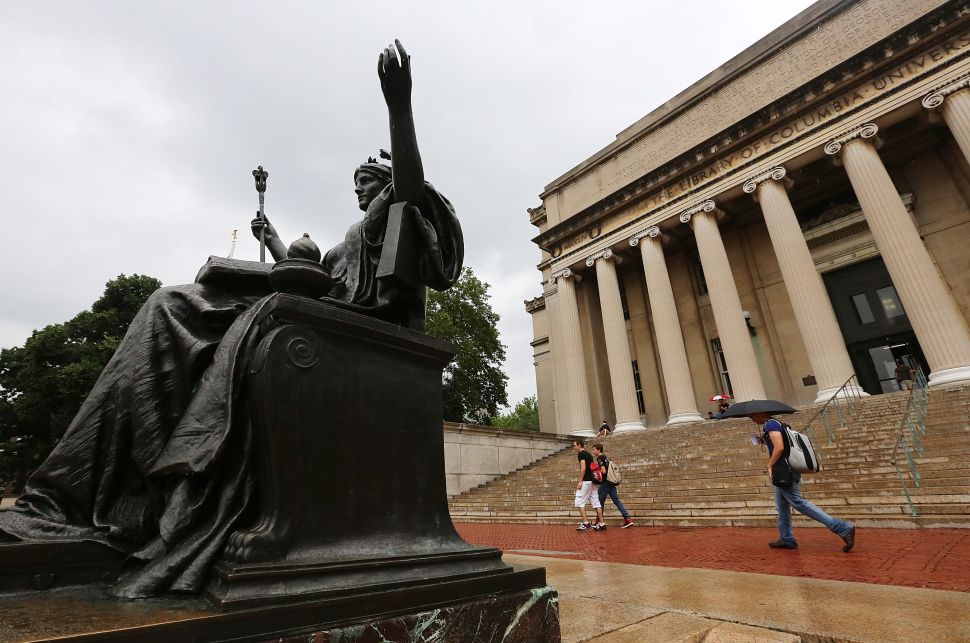