President Donald Trump’s digital guru and former golf club manager Dan Scavino, who first met the president when he was a 16-year-old golf caddie, wields influence in validating his boss’ policies, on issues ranging from Syria to immigration.

According to POLITICO, Scavino was called into a White House meeting following Trump’s announcement to pull troops from Syria.

“Get Dan Scavino in here!” the president is quoted as saying. “Tell them how popular my policy is!”

Scavino proceeded to walk lawmakers through the reaction the withdrawal had on social media.

Although Trump downplayed his senior advisor’s influence on policy, the president also said he ran many of his ideas behind the man charged with handling his Twitter account.

“Oftentimes, I’ll go through Dan,” Trump told the publication. “You know, I’ll talk it over. And he can really be a very good sounding board. A lot of common sense. He’s got a good grasp.”

Like White House chief-of-staff Mick Mulvaney, Scavino has championed the ‘Let Trump be Trump’ approach and helped the president understand how his policies are playing with the MAGA base online. But some experts worry that this feedback loop is dangerous.

Trump “has this interest in data, but it’s Trumpian data, which means it’s a little bit of cotton candy and it’s not grounded in reality,” Trump’s biographer Tim O’Brien told POLITICO. “Politicians have been using polls for decades to gauge policies, but Twitter followers have nothing at all to do with whether his Syria policy is popular.” 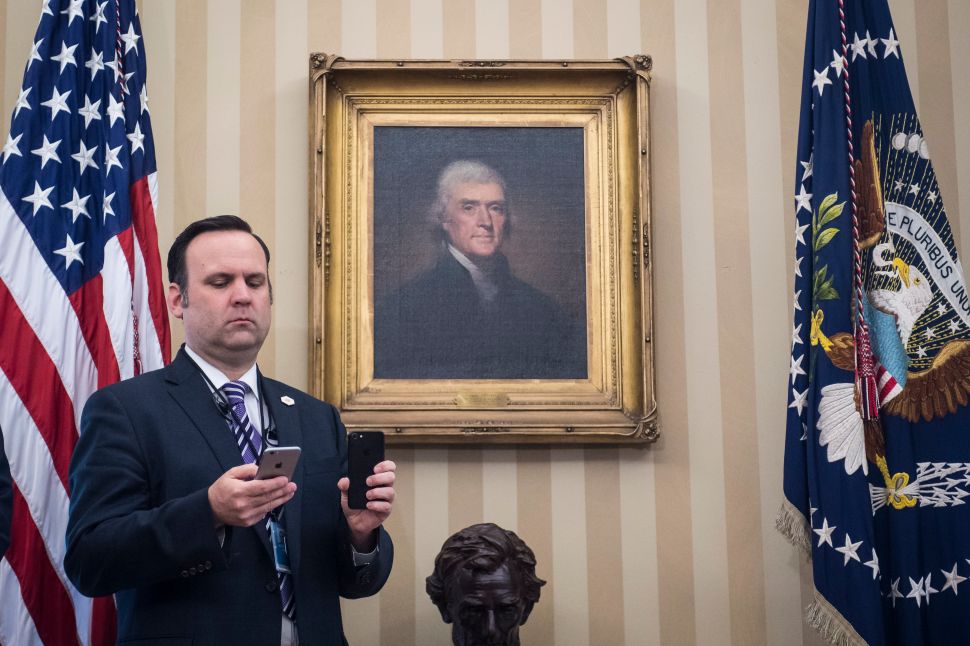