The White House is considering Department of Transportation undersecretary Derek Kan for one of the two open Federal Reserve Board seats, Bloomberg reports.

Like Patrick Shanahan, President Donald Trump’s recent choice to lead the Defense Department, Kan has experience in the private sector, having previously served as general manager at the ride-hailing company Lyft. More importantly to the White House, however, he seems to enjoy some degree of bipartisan support—unlike the president’s past two choices, who were also detested by many Republican lawmakers.

Kan was nominated by former President Barack Obama in 2015 to serve on Amtrak’s board of directors, where he was sworn in unanimously. In 2017, Trump nominated Kan to serve as undersecretary at the Department of Transportation, this time receiving a 90-7 confirmation margin.

On Friday, following news of Kan’s possible nomination to the Fed board, a Democratic senator gave the undersecretary his blessing.

Derek Kan is a serious, smart person and a vast improvement over the previously mentioned names. https://t.co/PNC5s0KUiN

“Derek Kan is a serious, smart person and a vast improvement over the previously mentioned names,” tweeted Brian Schatz (D-Hawaii).

Support from senators will be crucial, given the controversy that engulfed Trump’s last two picks for the Federal Reserve. Heritage alumnus Stephen Moore withdrew his name from consideration earlier this month after past writings, in which he lamented women in sports, were circulated widely by media outlets. Herman Cain also pulled out following the resurfacing of past sexual misconduct allegations that had first cropped up during his 2008 presidential run.

Despite the meetings Kan is said to have had with White House economist Larry Kudlow’s team, not everyone in the White House is sold on his possible selection.

“Kan is not under consideration,” another Trump administration source told Business Insider on Friday. 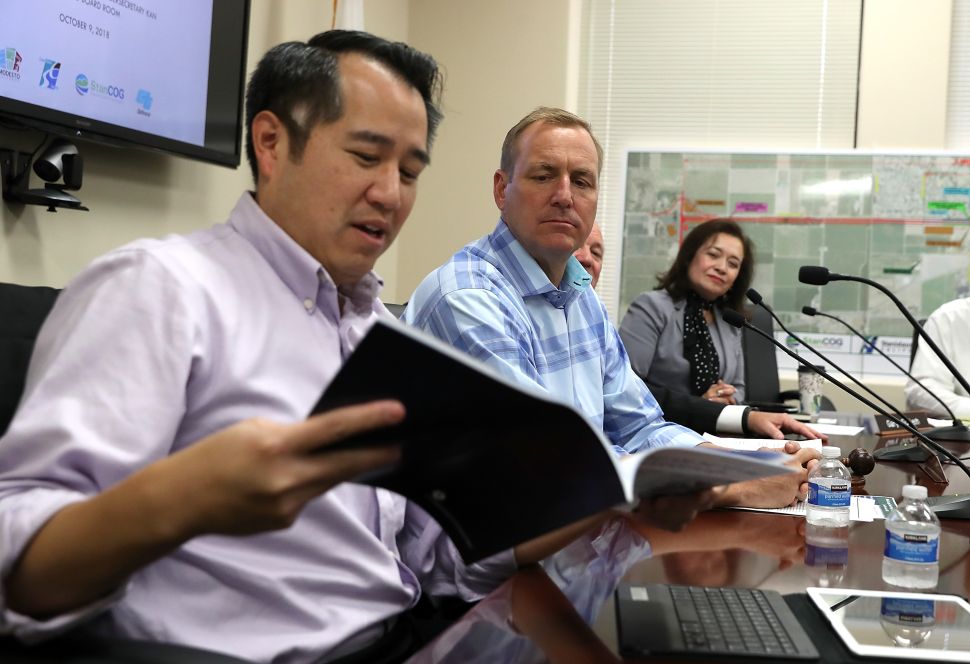