For the second time in a week, President Donald Trump proved himself to be the “chief stock analyst of the universe”—when he has the unruly power of Twitter at hand.

After his unexpected tweet about escalating Chinese tariffs sent the global stock markets into a free fall earlier this week, on Wednesday, his tweet about a possible General Motors plant sale sent a penny stock surging more than 200 percent in almost the blink of an eye.

“Just spoke to Mary Barra, CEO of General Motors, who informed me that, subject to a UAW [United Automobile Workers] agreement, etc., GM will be selling their beautiful Lordstown plant to Workhorse, where they plan to build electric trucks,” the president wrote.

GREAT NEWS FOR OHIO! Just spoke to Mary Barra, CEO of General Motors, who informed me that, subject to a UAW agreement etc., GM will be selling their beautiful Lordstown Plant to Workhorse, where they plan to build Electric Trucks. GM will also be spending $700,000,000 in Ohio…

Within just three hours, shares of the Ohio-based Workhorse, which had been trading below $1 for six months, jumped more than 214 percent and closed at $2.65 on Wednesday. Trading volume also surged from the daily average of the past month of 345,127 shares to 45.9 million shares by the end of Wednesday.

Wall Street analysts figured that Workhorse’s dramatic stock movement was mainly triggered by Trump’s tweet, although GM put up two press releases about the possible plant sale the same day, with the second one intentionally clarifying that the deal was still in the negotiation stage.

In the Tesla case, Musk ended up paying a fat fee for misleading investors with his impulse tweeting, taking a $20 million fine and losing his job as Tesla’s board chairman. But the GM case will be a lot different, securities regulation experts told Observer.

“GM has nothing to worry about, since they have put out these press releases. And Trump clearly wasn’t acting on behalf of the company,” said Elliot Lutzker, a former SEC prosecutor who currently heads the corporate and securities practice group at Davidoff Hutcher & Citron LLP.

“And for Trump’s benefit, knowing how he operates—when he said ‘subject to a UAW agreement, etc.’—you clearly can’t make out a case that he knowingly made a mistake or he was trying to manipulate the stock market,” he said. “[It’s impossible that] people are foolish enough to [buy] on the basis of what Trump said as opposed to looking at GM’s press releases.”

Lutzker added that the surge of Workhorse’s share price had more do to with “the fact that it’s a real company” than the president’s public mention. “It’s a cheap stock given what the company is, and it’s possible that it may succeed.”

GM’s Lordstown facility, which produced Chevrolet sedans, shut down in March this year after 52 years of operation as GM shifted its focus from sedans to the more profitable trucks and SUVs. Trump has openly criticized GM’s decision to close the plant, tweeting in March that “I am not happy that it is closed when everything else in our Country is BOOMING.”

Just spoke to Mary Barra, CEO of General Motors about the Lordstown Ohio plant. I am not happy that it is closed when everything else in our Country is BOOMING. I asked her to sell it or do something quickly. She blamed the UAW Union — I don’t care, I just want it open! 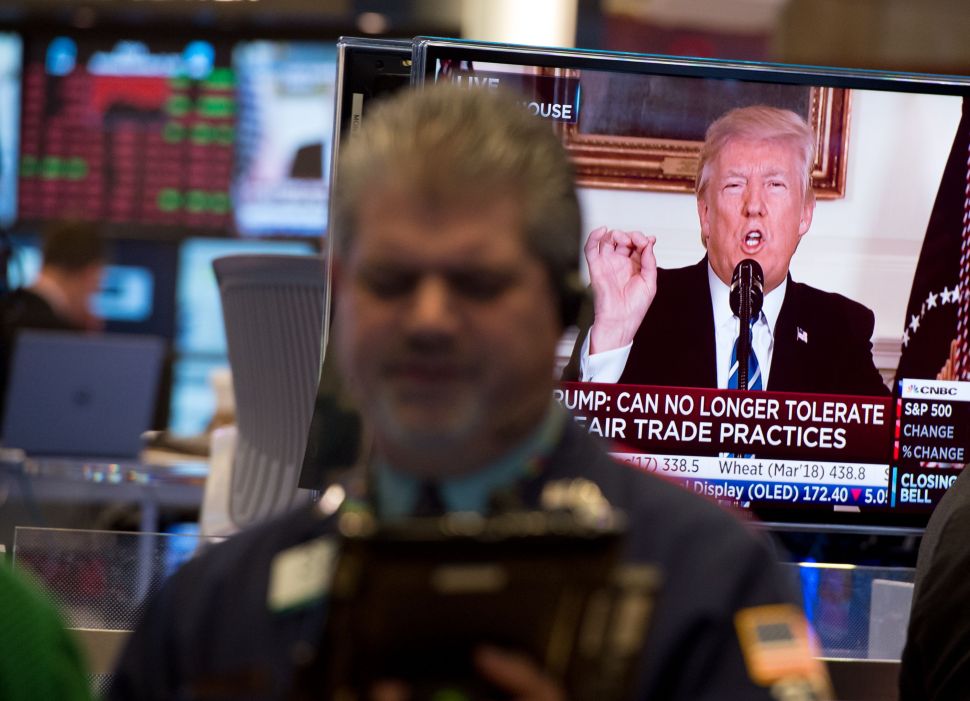