Senator Elizabeth Warren (D-Mass.) released a policy proposal on Friday which would roll back the Justice Department’s longstanding policy that a sitting president cannot be indicted.

In a Medium post, the 2020 hopeful promoted a multi-phase plan aimed at reversing the current precedent, including amending obstruction of justice statutes and passing a law which would allow the Justice Department to indict a president.

“We must also clarify that the president can, in fact, commit the crime of obstruction when he abuses his constitutional authority and be charged for it,” said Warren. “Most people agree that these laws apply to the president, but some partisan extremists, like Attorney General Bill Barr, have argued that they don’t. We should amend these laws, codified in 18 U.S.C. §§ 1501–1521, to make it crystal clear that the President of the United States can be guilty of obstruction of justice.”

Warren’s plan is contingent on appointing Justice Department officials who will carry out the reversal, specifically an assistant attorney general in charge of the Office of Legal Counsel (OLC).

“The Department of Justice’s Office of Legal Counsel is in charge of writing opinions that govern the conduct of the executive branch, including opinions about the Constitution,” wrote the senator. “But Donald Trump has used the OLC as a rubber stamp for whatever he wants to do. I’ll put an end to that by appointing a head of the OLC who knows their job is to objectively advise the executive branch on what it can and cannot do under the Constitution.”

“Under longstanding department policy, a president cannot be charged with a federal crime while he is in office. That is unconstitutional,” Mueller said. “Even if the charge is kept under seal and hidden from public view—that too is prohibited.” 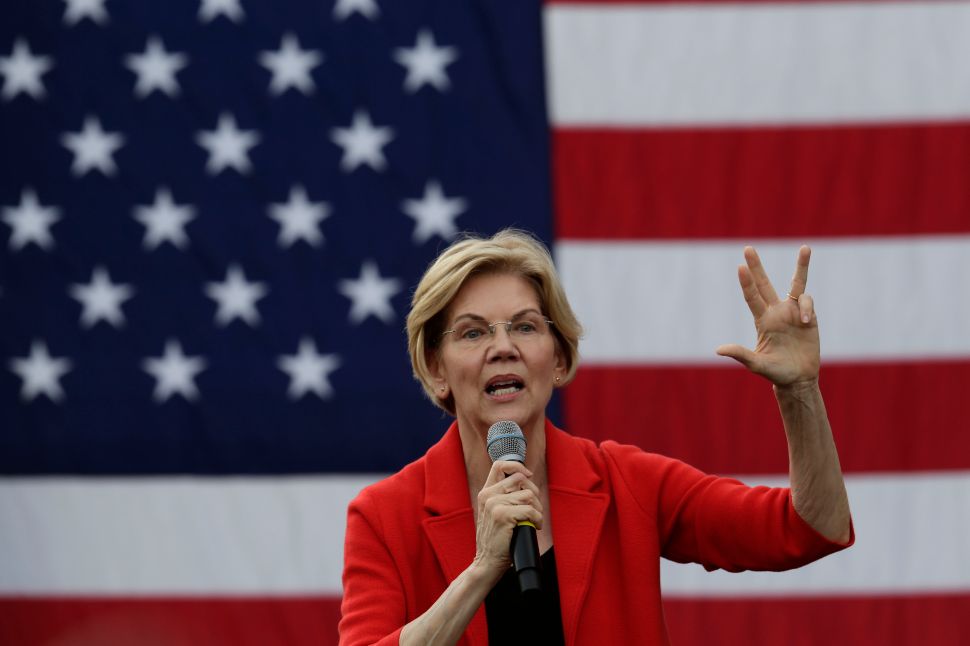