One of Alphabet’s longest serving execs just stepped down from his position at Google’s parent company. Eric Schmidt, who served as the tech giant’s CEO from 2001 to 2011, has held the executive chairman post at both Google and subsequently its parent company Alphabet in recent years.

Schmit announced his decision to not seek reelection to Alphabet’s board next month, and instead will step aside to “coach Alphabet and Google businesses/tech,” according to the company’s announcement. The executive confirmed the news himself on Twitter.

After 18 years of board mtgs, I'm following coach Bill Campbell's legacy & helping the next generation of talent to serve. Thanks to Larry, Sergey & all my BOD colleagues! Onward for me as Technical Advisor to coach Alphabet and Google businesses/tech, plus…..

“Eric has made an extraordinary contribution to Google and Alphabet as CEO, chairman, and board member. We are extremely grateful for his guidance and leadership over many years,” Chairman of Alphabet’s Board of Directors John Hennessy said. While Schmidt won’t serve on Alphabet’s board going forward, he’ll act as a “technical advisor” for the company, whatever that means.

Schmidt’s departure comes amid ongoing turmoil inside Google that’s affected the company’s public image within the past year, which, in turn, has affected Alphabet’s revenue this past quarter. This was mainly due to the $1.7 billion fine Google must pay the European Commission (EC) for violating antitrust rules in the region.

Furthermore, Google is currently dealing with public tension as thousands of employees have been protesting the company’s mishandling of sexual allegations. Just this week, the ongoing incident ignited an international sit-in at worldwide Google offices, protesting retaliation against female workers for reporting sexual harassment.

The walk-outs follow last year’s employee protests and resignations from workers who refused to work on the censored Chinese search engine. Employee objections also forced Google to drop its bid for a $10 billion contract with the Pentagon that would have seen it develop military surveillance tools.

Schmidt is also joined by Google Cloud CEO Diane Greene, as they’ll both be leaving Alphabet’s board. 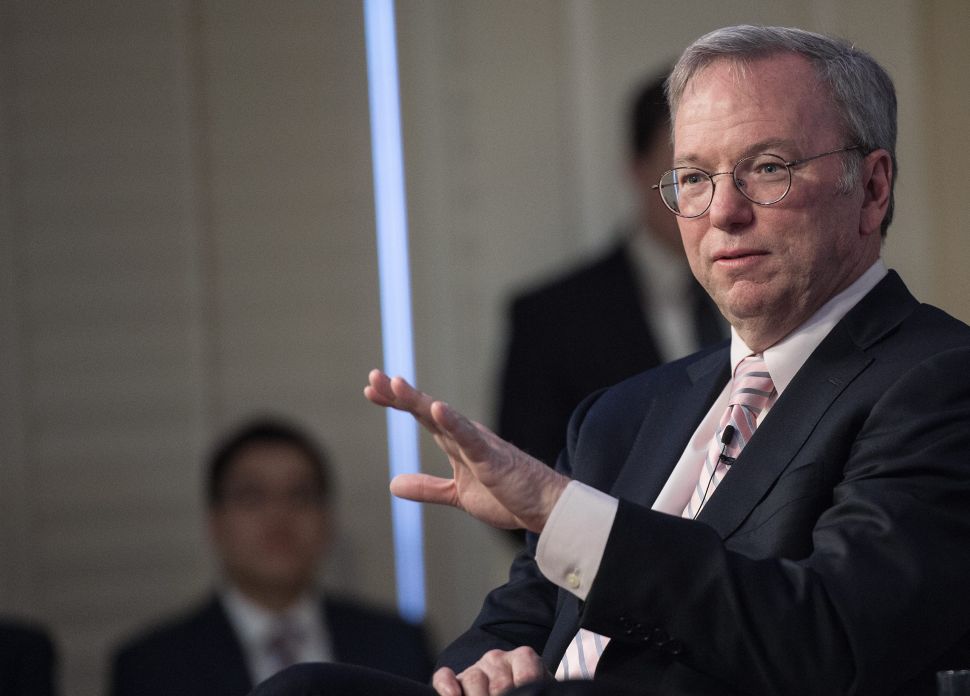