Google’s former longtime executive Eric Schmidt is looking for a change in his career. Last month, shortly before Schmidt resigned as the chairman of Google’s parent company, Alphabet, he published a book called Trillion Dollar Coach—written with two other Google executives—in which he revealed the most valuable lessons he learned from Silicon Valley’s legendary executive coach, Bill Campbell, who passed away in 2016 at the age of 75.

But before Schmidt moves on to the next phase of his professional life, he was invited to take one last hard look back on his days at Google in a new BBC Newsnight interview this week, including discussions about some of the most controversial decisions he made for the American tech giant.

First came the infamous “legal tax dodging” that Google practiced for years using the legal loopholes in the global corporate tax system. In 2007, for example, Google shifted some $23 billion in profits to a Bermuda tax haven through two shell companies registered in the Netherlands and Ireland in order to lower its corporate income taxes.

Such arrangements have saved Google billions of dollars in corporate taxes over the years. When asked by BBC journalist Emily Maitlis whether he thinks Google was on the right side of tax ethics by exploiting those tax laws, Schmidt said, “We are [on the right side], because that was the way taxes were done at the time.”

“The global tax system is incredibly complicated, and we are required to follow the tax rules,” he continued. “When the tax rules change, of course we would adopt them. But there was a presumption that somehow we were doing something wrong here. We were following the global tax regime in the same sense that European companies follow the things that benefit them when they operate in the U.S.”

Slightly annoyed, Schmidt threw back a rhetorical question. “Yes, it’s absolutely [the right thing]. Would you like us to give more, voluntarily, to these governments? Is that your request?”

Schmidt maintained a similarly unapologetic stance on other legal woes Google faced in the EU as well.

Between 2017 and now, the European Commission has slapped three major fines on Google, totaling 8.24 billion euros, for using its monopoly to block competitors in mobile operating system and online advertising markets. 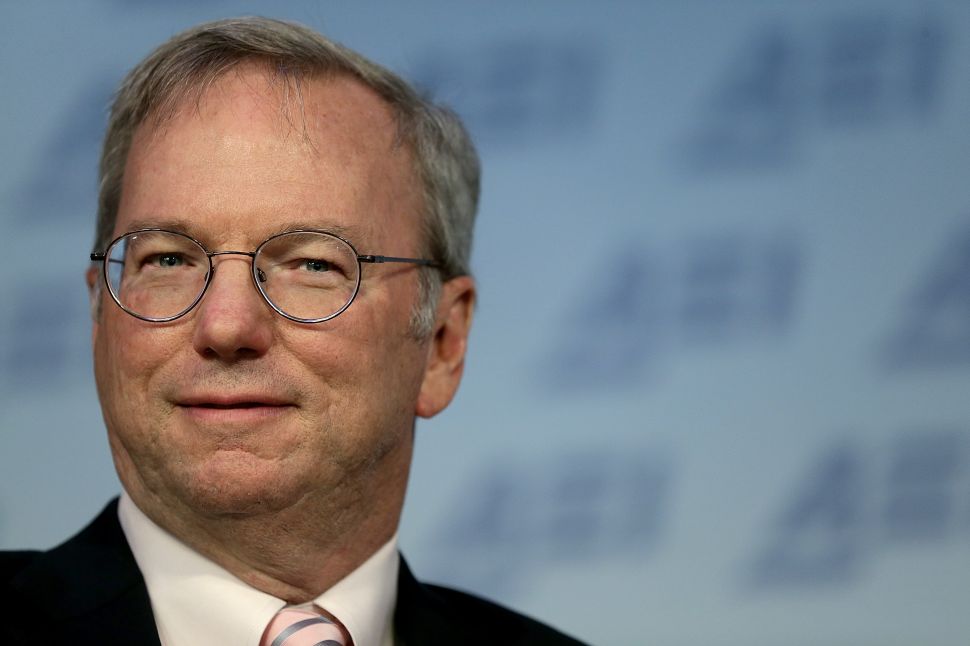