As his business track record has shown, Facebook co-founder and former publisher of The New Republic, Chris Hughes, may not be the most talented entrepreneur in the world. But as Mark Zuckerberg’s college roommate and earliest business partner, he certainly knows the social media king a lot better than most of us do, as well as the problems that Zuckerberg has created behind Facebook’s miraculous success.

In a new 5,700-word op-ed for The New York Times published on Thursday, Hughes, now heading the nonprofit Economic Security Project, provided a thorough dissection of how Facebook grew from a dorm room startup to a $500 billion company with one-third of the world’s population on its platforms and why it has to be stopped. His diagnosis of the social media giant is simple: Facebook is too dangerous of a monopoly and Zuckerberg is too powerful of a boss—despite the fact that he’s a kind person with all but good intentions.

“We are a nation with a tradition of reining in monopolies, no matter how well intentioned the leaders of these companies may be. Mark’s power is unprecedented and un-American,” Hughes wrote.

With Zuckerberg sitting at the helm of three dominating social media platforms—Facebook, Instagram and WhatsApp (the latter two are subsidiaries of the former)—and controlling 60 percent of the voting power on Facebook’s board, Hughes argued that Zuckerberg’s influence is “far beyond that of anyone else in the private sector or in government.”

And given Zuckerberg’s habit of micromanaging, his influence can trickle down to pretty granular levels of Facebook’s products, such as a particular algorithm governing what shows at the top of your News Feed every time you refresh.

“From our earliest days, Mark used the word ‘domination’ to describe our ambitions, with no hint of irony or humility,” Hughes wrote, continuing with a detailed account of how Facebook either acquired (Instagram and WhatsApp), forcibly blocked (Twitter’s Vine) or copied (Snapchat’s ephemeral messaging feature) every competitor it came across throughout its decade-long growth.

As a result, the social media space of today has no meaningful challengers to Facebook and, no matter how much public outrage Facebook’s malpractice (data leak, election meddling, etc.) has sparked, its two billion regular users have no alternative social networking services to turn to.

In retrospect, regulators, media and the general public have all done a poor job pushing for real changes in regard to Facebook.

“After Mark’s congressional testimony last year, there should have been calls for him to truly reckon with his mistakes,” Hughes wrote. “Instead the legislators who questioned him were derided as too old and out of touch to understand how tech works. That’s the impression Mark wanted Americans to have, because it means little will change.”

The gravest mistake of all, Hughes pointed out, was the Federal Trade Commission’s (FTC) approval for Facebook to acquire Instagram and WhatsApp in 2012, the two platforms that provided the access that Facebook desperately needed at the time to break into the mobile realm.

Any penalties will probably be too late now that Facebook has grown so huge that even a $5 billion fine (which it said it’s ready to pay over the Cambridge Analytica data breach) will feel like a slap on the wrist. The ultimate solution, Hughes proposed, would be to forcibly smash Facebook’s monopoly and break it into multiple companies.

“The FTC, in conjunction with the Justice Department, should enforce antitrust laws by undoing the Instagram and WhatsApp acquisitions and banning future acquisitions for several years,” he explained. “Facebook would have a brief period to spin off the Instagram and WhatsApp businesses, and the three would become distinct companies, most likely publicly traded. Facebook shareholders would initially hold stock in the new companies, although Mark and other executives would probably be required to divest their management shares.”

Hughes left Facebook in 2007 and sold his shares during the company’s IPO in 2012. His stake was estimated to be worth $500 million at the time. He said he currently doesn’t own any equities in any social media companies. 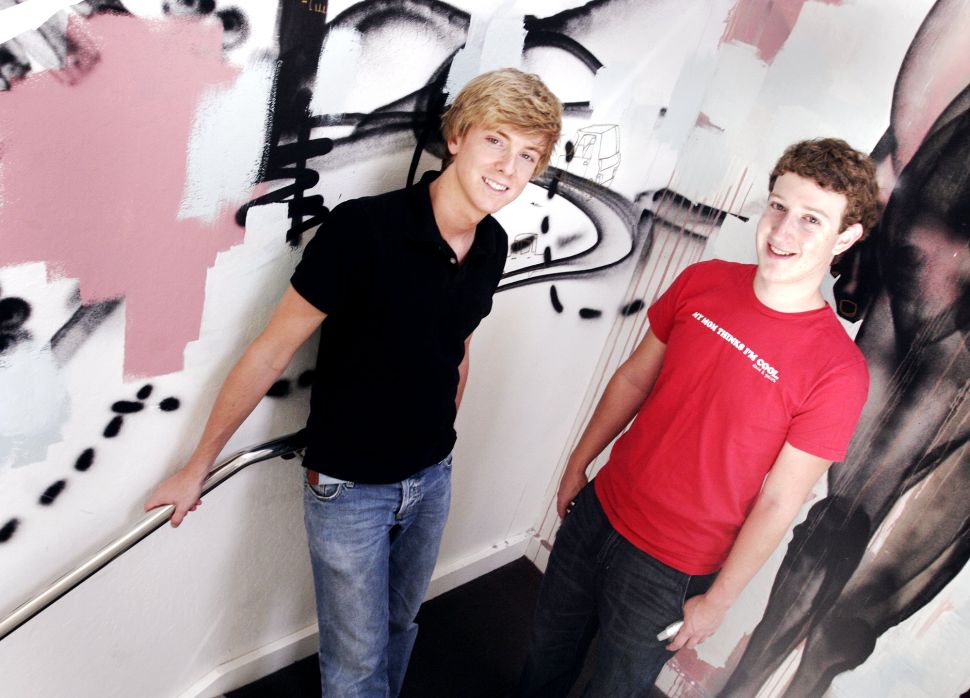