If you’ve been anywhere near a computer, smartphone or television within the past couple of months, you know that the second season of Phoebe Waller-Bridge’s shatteringly brilliant series Fleabag has been tearing up the cultural conversation. Waller-Bridge is an undeniable (and undeniably young) rising talent striking fear into the hearts of insecure writers all over the world, so it’s practically a foregone conclusion that she has now been profiled in British GQ by none other than beloved 30 Rock scribe Tina Fey, whom the magazine describes as Waller-Bridge’s “spiritual American counterpart.” (If you’ll forgive a brief digression, that comparison doesn’t exactly track—no offense to Fey, but when has she ever been tapped to write a James Bond movie?)

In any case, in the distinctly inside-baseball interview conducted by Fey, the two comedic maestros talk about everything from the first time Waller-Bridge ever made a joke to her thoughts on the delicate membrane between humor and the terrifying, gaping maw of society. “I think making a joke, in real life, is one of the most dangerous things you can do,” Waller-Bridge said. “And I think, especially in a social situation, it’s a risk every single time.”

Waller-Bridge also delves into her earliest, most formative acting jobs and talks about how those experiences informed her understanding of the world of theater and television. “I was really sensitive as an actor coming out of drama school about how often [sex] would be in comedy, particularly that it would be the butt of the joke, which is like, ‘It’s hilarious. He wants to fuck you!’ or, ‘It’s hilarious. He doesn’t want to fuck you!’ Basically, to be fucked or not to be fucked is the ultimate demise of any female character in comedy,” she explained.

Waller-Bridge also divulged that her first gig as an actress was so preposterous, it could have easily been a scene in one of her many projects. “I had a comedy sex montage where I had to wear a mustache and be naked and spank a man and demand to be called ‘Uncle,'” she said. “I had to wee on him.”  Sounds like just another Thursday in the Fleabag cinematic universe. 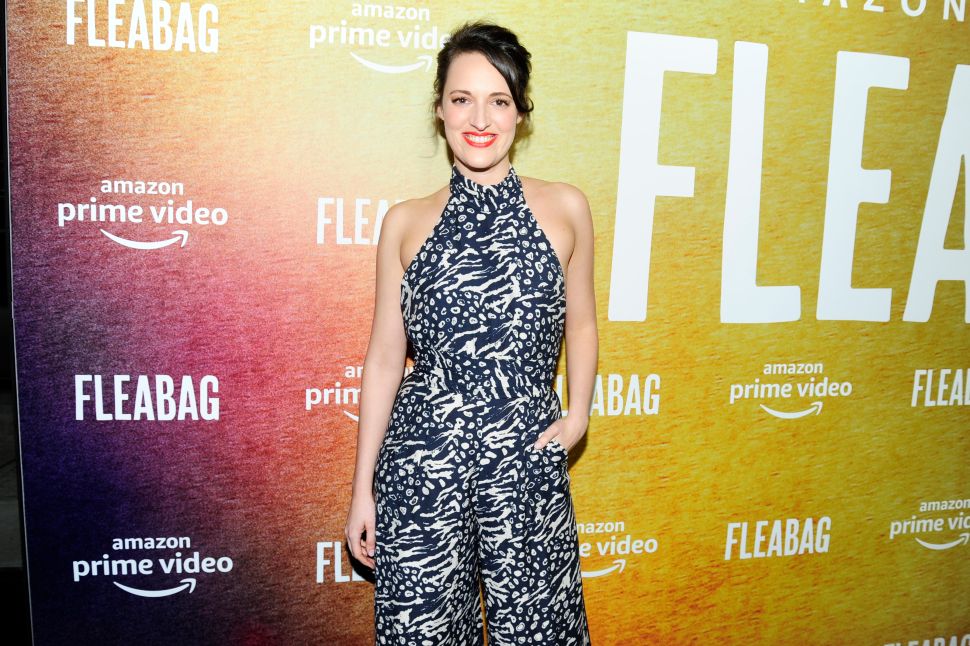