In this Reagan-era two-hander, a man and a woman have just made noisy, vigorous love on her pull-out couch. For her, it was a casual hook-up, no big deal. They’re coworkers: He’s a short-order cook and she’s a waitress at a Greek diner, which makes it awkward. But he’s acting even weirder; keeps praising her, wanting to stare at her body and smell her and rifle through her purse. He doesn’t seem willing to leave. Is he a predator? No fear: In the age of #MeToo, Terrence McNally’s 1987 Frankie and Johnny in the Clair de Lune actually seems quite evolved. Sex already happened between Frankie (Audra McDonald) and Johnny (Michael Shannon); it’s in the quest for intimacy that things get rough.

McNally navigates the sexual politics of his losers-in-love hit with exquisite verve and sensitivity. Thirty-two years later, the play may show wrinkles in surface detail (what’s a VCR?) but its emotional terrain is fresh and exciting—and evergreen. These aren’t easily triggered college kids; they’re older, blue-collar, and damaged, and while we root for them to fall in love, we also may worry—as Frankie does—that Johnny might be dangerous.

Frankie, you see, was once in an abusive relationship. So, it makes sense that she’d be attracted to yet nervous around Johnny, especially considering Shannon’s mad-dog mien and his eyes that burn through scenery. Frankie keeps her distance from life; her idea of a good night is watching the sordid lives of people in the windows opposite her building as she eats a bowl of grapes. Johnny is an incurable talker and provocateur, an ex-con (forgery) who keeps Shakespeare in his locker at work and quotes the “Swan of Avon” pretty good. Both are middle-aged and not happy about it (one of McNally’s funniest bits is how each grudgingly reveals his or her age in increasing numbers). Sure, they want more: Frankie thinks she might make a good teacher. Johnny’s desperate to find the love of his life—and that turns out to be Frankie.

Frankie and Johnny is a romantic comedy that subverts genre conventions, a sincere portrait of emotionally wounded loners—Paddy Chayefsky possessed with optimism. McNally playfully litters the path to true love with every obstacle he can find. First of all, our would-be lovers are not young and gorgeous. Some may object to producers hiring two arguably beautiful people, but that’s a matter of taste, and neither actor is coasting on looks.

McDonald oozes insecurity and bodily unease from every pore, and although Shannon spends a good 70 percent of the show in boxers, his comfort has a lost, lazy quality. Classical music on the radio alarm clock beside Frankie’s bed provides a borrowed aura of wonder and bliss, but it just as likely ruins the mood. Johnny blames a bout of impotence on the crashing caterwauling “Ride of the Valkyries.” There’s moonlight, which the couple admires from the fire escape, but leads Frankie to grumble: “I’ve always been very suspicious of what moonlight does to people.” And then there’s chemistry. Even though the play begins with people engaged in a supremely natural act, the bulk of the drama is a slow, even arduous process of two people gaining each other’s trust—making progress, falling back, trying again, hurting each other, opening up. All the while (and it unfolds in real time over two hours, plus intermission), you can’t help but wonder: Is love real and spontaneous, or a lie that mad, broken people agree upon?

Director Arin Arbus skillfully moves her performers around the stage (grungily built by Riccardo Hernandez and adroitly lit by Natasha Katz) and into and out of their convincingly un-stylish clothing (designed by Emily Rebholz), with no attempt to glam up the crummy Hell’s Kitchen studio locale. This is the sort of piece where direction ought to be invisible, just clearing space for the actors to breathe and fill the air, and Arbus does fine work. McDonald’s Frankie is perhaps more vulnerable and jittery than the script calls for at times but shows inner strength and fire when needed. It’s a pleasure to see Shannon luxuriate in a role that plays to his goofy, boyish side. Together, they forge a bond that’s deeply moving, a prickly, organic tapestry of comic fluster, flashes of raw hurt, and pulsing erotic heat.

Before this revival, I wasn’t terribly familiar with the material, having missed the 2002 Edie Falco-Stanley Tucci revival and the 1991 Garry Marshall film. Like anyone who took a scene-study class in the last couple of decades, I’ve seen bits performed by students, but that’s it. I’m glad that this is my first exposure to a beautifully wrought piece of romantic naturalism, from a playwright who caresses and kisses each scar and mole on his protagonists’ well-traveled bodies. He’s a master juggler of the banal and the sublime, orchestrating two people brushing their teeth as Debussy’s insanely luscious “Clair de lune” whispers from the clock radio. Am I admitting love at first sight? Hey, it can happen to anyone. 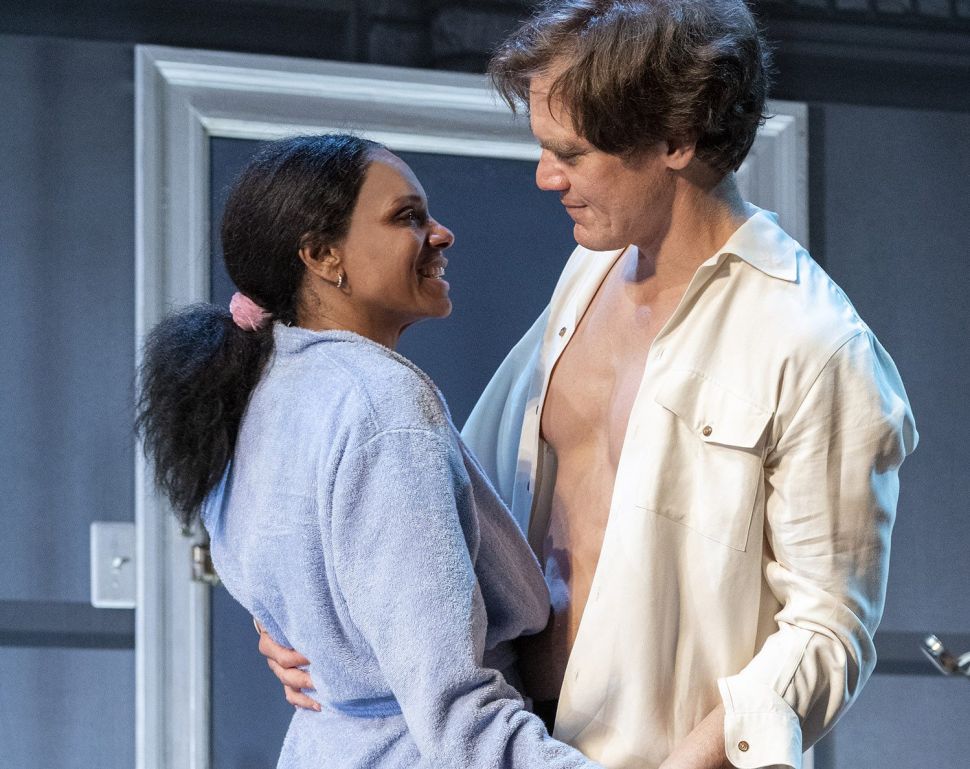