Throughout his long career, gallerist, author and former art dealer Michael Findlay has been at the nexus of some of the seismic shifts that have come to define the Instagram-saturated, high-priced art world. For two decades, Findlay bought and sold 20th-century and Impressionist works for European and American collectors before joining Christie’s as the director of the Impressionist and Modern Paintings department in 1984. There, he was one of the architects of the record-breaking sale of Vincent van Gogh’s Portrait of Dr. Gachet; he also opened the Christie’s Shanghai office in 1994. Now, Findlay is one of the directors of Acquavella Galleries on New York’s Upper East Side, which specializes in American postwar, Impressionist and modern European art.

On May 21, Findlay will attend Observer’s inaugural Business of Art Observed event; he’s one of many distinguished voices who’ll be tossing in their two cents on the art world in 2019. He took time out to chat with Observer in the middle of a landmark week during which a work by the Impressionist master Claude Monet sold at Sotheby’s for a record-smashing $110.7 million.

Observer: Michael, how’s it going? I imagine you’re pretty busy.
Findlay: I’m enjoying the visitors we’re having at the Freud exhibition [Lucien Freud: Monumental]. As you probably know, there are auction sales this week every night, which means there are many visitors in New York from overseas and other parts of the country. This is, I would say, one of the two busiest weeks of the auction season. Galleries will make an effort to put on strong exhibitions, knowing there will be a potential for visitors.

Is there a ton of interest in Lucian Freud right now?
Lucian Freud isn’t doing anything in the market because nobody wants to sell their major paintings by him. I mean, that’s a slightly glib answer—that’s not true. We did actually have a very good smaller Freud painting that we sold right away. But nothing in this exhibition is for sale—it’s a loaned exhibition only. When Freud paintings do come up in the market, I would say they’re highly sought after. He worked hard all his life, but he spent a lot of time on every painting, so there’s not a vast quantity of work anyway. The public interest in his work is very high. We’ve had record attendance for the exhibition. We represented him, you know, for decades. He died in 2011, and we’ve obviously had no work since then, so we thought we would try to make a splash with this exhibition. We think we succeeded.

How has your perception of the art market changed since your career began?
Well, I wrote two books. I wrote The Value of Art in 2012, which was perhaps about the dangers of using dollars to establish quality in painting. It could almost be an anti-art market book. Then I wrote a book called Seeing Slowly in 2017, which was really only about how to look at art—nothing to do with art and business. The Louvre, some years ago, clocked people at only 10 seconds [for their time spent looking at a work of art], five of which were used to read the label. Now I would probably say it’s much faster because people simply take a photograph with their iPhone.

Do you think technology cheapens the way people relate to art?
I don’t know if it cheapens it, but [technology] becomes a prophylactic. It’s a filter, and when you look at a work of art in real time, the process of engagement can take place. It can be intellectual or emotional. It could be pleasure, it could be disgust, but it’s an honest engagement. If you watch people [in a museum], they look quickly around, they see a painting they think they recognize, they’ll take a photograph of it while being careful to get it in focus, and as they move away from it they’ll look into their phones to examine the photograph. They haven’t actually looked at the painting.

As long as you’re standing in front of a painting and bearing witness to it, the process works though, right?
Or sitting in front of it! Millennials and their successors receive and absorb everything in a different way than previous generations. There’s a point that I don’t think we’ve reached yet where the new artist doesn’t simply use technology as a medium. What they do conceptually is actually subvert the purpose [of technology].

I think this is the equivalent of the end of the 19th century, and there’s about to be the kind of visual, conceptual upset or revolution that took us from Cubism to Picasso. And it will make a lot of things being done now look rather old-fashioned. Even though people are paying a lot of money for them, they may be very beautiful, they may be beautifully made, they may be clever, they may be witty, whatever—but they will be old-fashioned. There will be a tectonic shift. I think by the time we are well into this century, the stuff that’s going on now will seem very much part of the 20th century, not the 21st. 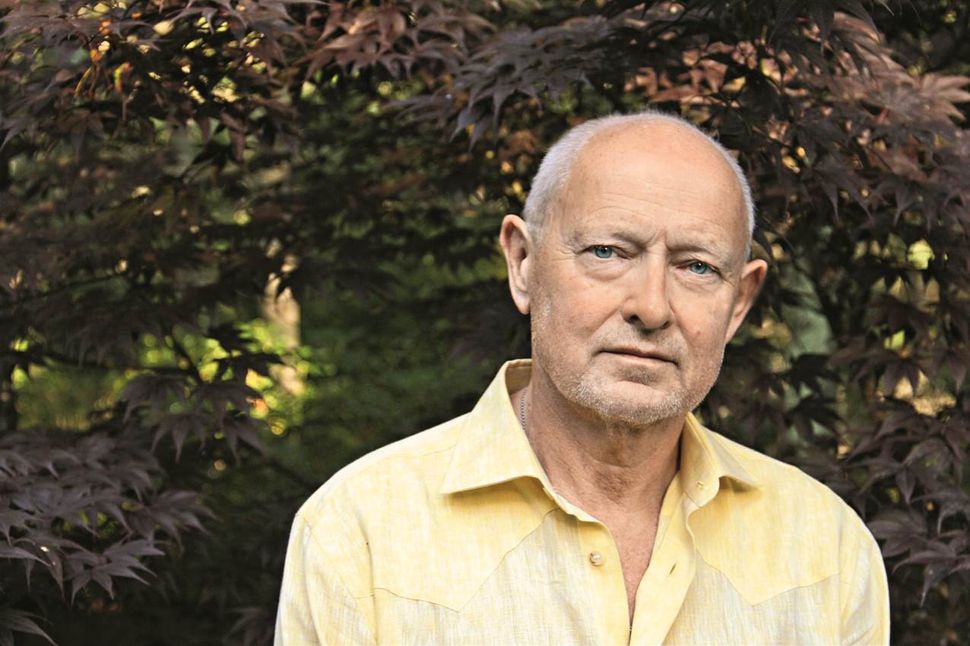