At this point, the arms race for Hollywood content creators would give the Cold War an honest run for its money. Writer-director-producer J.J. Abrams is reportedly seeking an overall deal in excess of $500 million; Warner Bros. TV locked uber-producer Greg Berlanti into a $400 million deal; and Netflix poached Ryan Murphy (for $300 million) and Shonda Rhimes (for $100 million) with promises of generational wealth and creative freedom. It’s a good time to have ideas.

Looking at these mega-deals, we’re left to wonder what type of market Game of Thrones creators David Benioff and D.B. Weiss will find themselves in. The pair are heading off for a galaxy far, far away to write and produce a new series of Star Wars films for Lucasfilm. But the duo have also reportedly met with HBO/WarnerMedia, Disney, Comcast, Netflix, Amazon and Apple in search of the perfect overall global deal (expect the streaming powers to put the full-court press on them in recruitment).

Say what you want about the hiccups and uneven final season of Game of Thrones, but these two are a major domino yet to fall. Ideally, WarnerMedia would like to keep them in the fold.

“I think you had an accurate story about them meeting around town, which I think, given their success and status, is the right thing to do because it’s such a great marketplace for creators,” HBO president of programming Casey Bloys told Deadline. “Obviously we have a strong relationship with them; they have a strong relationship with Warner Bros. as well. So we would love to stay in business with them, but they are going through the process and we will see how that all goes.”

Originally, Benioff and Weiss were meant to follow up Thrones with Confederate, a drama that takes place in an alternate reality in which the South won the Civil War. Strong public outcry against the HBO project has all but shelved it, though Bloys isn’t ready to admit that.

“[Confederate is] not on the front burner, yes,” he said when asked about the show’s status. This, obviously, frees the pair up to test the waters of free agency. Earlier this year, Bloys expressed optimism that the two sides would reunite in the near future.

“Dan and David are finishing up the final season [of Game of Thrones] and then they are going to go into the Star Wars universe,” Bloys told TVLine. “When they come out of that, I assume they will come back to us.” Even without GoT, HBO has a handful of ambitious epic big-budget series on the horizon.

Given the current Hollywood landscape, Benioff and Weiss could easily demand a nine-figure deal that covers film, television and any other ancillary projects they have in mind. Game of Thrones has won the Best Drama Emmy in its past three years of eligibility while shattering HBO ratings records. The final season largely ended on a down note, but it’s hard to think of any creative team with more overall leverage at the moment. 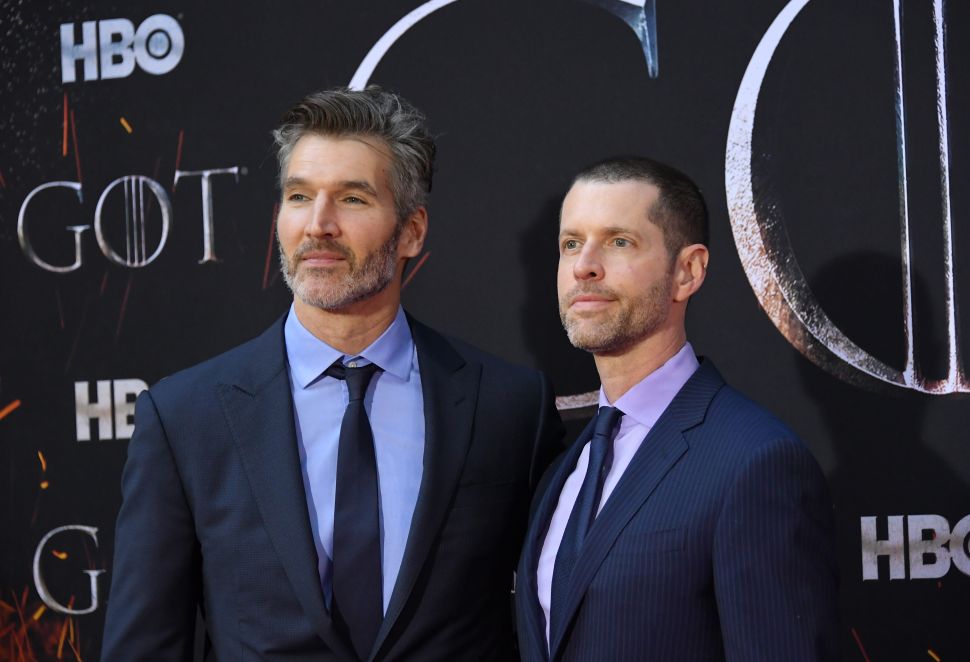