Before reading on, be warned that the following post contains *spoilers* for Sunday night’s episode of Game of Thrones, “The Last of the Starks.” If you aren’t caught up by now, make like Bran and excuse yourself at the most inopportune moment.

Still with us? Great. It’s fair to say that the fourth episode of the show’s final season boasted the most problematic pacing of any installment so far this year. The first hour unfurled quickly enough as our heroes dealt with the fallout from the Battle of Winterfell and the unexpectedly succinct victory over the Night King and his Army of the Dead. That’s all well and good (for the most part).

The trouble is that the final third of last night’s episode played out like an overstuffed burrito imploding in your hands. Euron killed Rhaegal, putting Daenerys dangerously close to blowing a 3-0 dragon lead. Cersei conscripted the one million inhabitants of King’s Landing in Operation Human Shield while holding Missandei hostage. Tyrion and Varys debated the merits of treason. Missandei got an intense haircut, and Dany was PISSED OFF. Is she finally going full Mad Queen on Westeros?

The condensed and accelerated season is just too truncated to provide proper context for major character decisions or the requisite breathing room needed for the emotional beats in between all the intense spurts. As such, “The Last of the Starks” hurtles itself through multiple major happenings and twists for several characters, with Dany at the center of these transitions.

In a new interview with Variety, Game of Thrones showrunners David Benioff and D.B. Weiss opened up about her mind-set throughout the episode. “Dany kind of structures the feast scene, in a way,” Weiss said of the opening scene. “She’s really the person whose emotions and choices are guiding the scene.”

Benioff added, “Things start to shift a little bit when Daenerys calls Gendry forward and names him the new lord of Storm’s End.”

As the scene progresses, Dany notes the love and devotion the Wildlings and Northerners have for Jon, and the secret of his true parentage begins to eat at her. If the North knew the truth, they wouldn’t hesitate to back him for the Iron Throne.

“She’s scarred by the events that just took place, but she’s also very much thinking about what Jon Snow told her, and she’s really shaken when she sees everyone celebrating with him and talking about what a mad man and what a king he is for getting on a dragon,” Benioff said.

“He has love and respect from these people that even with the gesture she just made, she can’t ever equal,” Weiss continued.

“She realizes his true identity is a real threat to her if it comes out,” Benioff added.

Naturally, Dany tried to convince Jon to keep his lineage a secret, and if Jon truly doesn’t want the throne, it is but a small sacrifice to live a familiar lie for the perceived greater good. But Jon, ever Ned Stark’s son, couldn’t clam up. He told his sisters, setting off a chain reaction of gossip.

“Once Dany introduces the idea that everything can be as it was if Jon keeps this secret buttoned down and tells no one, she’s introducing a conflict that plays forward,” Weiss said. And once Dany lost both Rhaegal and Missandei, the entire schism of Westeros was further inflamed.

“Dany’s other enemies have not just been sitting still—they’ve been planning for the final battle,” Benioff said. “We saw in Season 7 that Qyburn had invented this giant, dragon-killing Scorpion. Qyburn went back to the drawing board and he made even larger, more powerful Scorpions. Dozens of them are now lining the walls of King’s Landing, and dozens more are lining the decks of the Iron Fleet.”

He continued, “While Dany kind of forgot about the Iron Fleet and Euron’s forces, they certainly haven’t forgotten about her.”

“In some ways, the most important thing that happens to Daenerys in four is the death of her second dragon,” Weiss said. “Now she’s got one dragon, and that dragon presumably is just as vulnerable as Rhaegal was. So there’s this mourning of a child, which is very real to her, and then her best friend is taken. Dany knows that once Cersei has Missandei, she’s not going to see Missandei alive again. She’s really back where she was at the very beginning, Emotionally, she’s alone in the world, and she can’t really trust anybody. Unlike then, she’s extremely powerful and unlike then, she’s filled with a rage that’s aimed at one person specifically.”

Daenerys was fixated on Missandei’s final words. As Benioff explained, “Dracarys is clearly meant for Dany. Missandei knows that her life is over, and she’s saying, you know, light them up.” 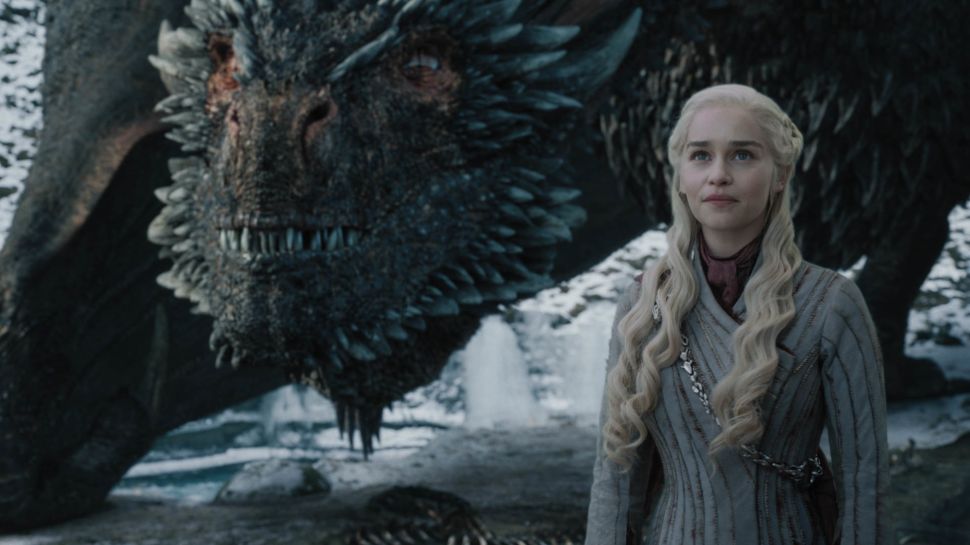