There is a vast complexity to the collapse of empires, a varied orchestra of contributing factors steeped in Darwinian theology. Take the Hittite Empire, for example. It endured for more than four centuries but was ultimately conquered not by a single enemy of great infamy, but by the proliferation of smaller challenges in its outskirts. Death by a thousand cuts. Meanwhile, political scientist Thomas Homer-Dixon’s The Upside of Down: Catastrophe, Creativity, and the Renewal of Civilization details the slow and agonizing economic collapse that can result from our most fundamental of functions: growth. Expansion requires more labor, capital and resources to maintain itself, and that can slowly yield diminishing returns until the proverbial house of cards comes tumbling down.

With Game of Thrones ending, HBO is losing its all-time greatest hit at the most inopportune of times. Under the direction of new parent company AT&T and WarnerMedia head John Stankey, the premium cable network is preparing to aggressively expand its programming and bulk up its content libraries to better compete with the well-stocked Netflixes of the world. At the same time, the television arena is growing increasingly crowded, with pay-TV desperately fighting off extinction and an onslaught of powerful streaming services in their embryonic stages.

So, how will HBO survive in the modern landscape without GoT, the most popular show in its history, to avoid the fate of all those fallen empires of the past?

When Season 7 debuted last year, U.S. subscriptions to HBO Now jumped by 91 percent, according to consumer behavior measurement firm Second Measure. The company also found that nearly all of the new subscribers disappeared over the six months following the season finale. An exodus of even greater proportions may very well be inevitable now that GoT is wrapping. Yes, HBO has at least one spinoff in the works, but it likely won’t arrive until 2021. Anticipating a subscription drop-off, the network has taken steps to replace its flagship series or, at the very least, mitigate the ripple effect of the void it’ll leave behind.

“When they end great shows like Thrones, they need to have other series waiting in the wings that are related in some way to blockbuster content that allows them to hand off one show to the next,” Al DiGuido, president and chief revenue officer of North 6th Agency, an award-winning public relations agency, told Observer.

HBO may never again boast a show that rivals the worldwide footprint and engagement of Thrones—as The Ringer’s Alison Herman astutely surmised, it is the last of the monoculture. But that doesn’t mean it’s not trying to catch lightning in a bottle. The network has devoted significant resources to Westworld as a similarly large-scale, high-concept genre offering, though the problematic second season dulled its long-term prospects. And in the fall, HBO will debut Damon Lindelof’s Watchmen, which will remix its beloved graphic-novel source material and give the network a splashy foothold in the superhero craze. These are Thrones’ heir apparents.

A guiding principle of this push is to grow “bigger and broader,” in the words of Stankey. AT&T will infuse HBO with boundless resources to actualize this goal, but skeptics are concerned about what that effort will do to HBO’s brand identity. For decades, it has been the careful curator of high-end, adult-skewing programming. Scaling up to match the major conglomerates of today so suddenly and without warning calls to mind Daenerys Targaryen going off the rails in this truncated season of Thrones and burning down King’s Landing because… bells.

“To compete against Netflix, where the quality of programming can be hit or miss, means driving content production and acquisition costs into the double-digit billions over the next few years,” Mark Zagorski, CEO at Telaria, a software platform that Hulu and Sling TV use to manage and monetize their video advertising, told Observer. “Doing this while maintaining the brand equity will be a feat akin to Tiffany becoming Target.”


It’s a terrain fraught with risk, especially when HBO’s existing model is one of the most profitable in the realm. Driving subscribers—particularly in the absence of a worldwide phenomenon—means adding an abundance of content, which naturally increases operating costs. As costs inflate, it puts pressure on subscription rates. HBO will need to keep attracting more and more customers as their expenses compound lest they find themselves in a financial hole. And when such an emphasis is placed on subscription rates, subscriber churn—or the rate of attrition that covers the percentage of customers who discontinue their subscriptions within a given time period—becomes absolutely crucial to survival.

There are benefits to this new mandate, which also entails WarnerMedia’s upcoming standalone streaming service that will employ HBO as its foundational building block. In an era when Disney can devour Fox like The Hound eats chickens, when billion-dollar tech companies have endless cash reserves to fling at sparkly titles like scorpion crossbow bolts, scale is important. To an extent, accepting the realities of the modern marketplace is a prudent move on the company’s part. But it will be critical to long-term survival to marry these acknowledgments with practical countermoves that, again, go against the service’s core identity.

“AT&T is going to expand HBO distribution,” DiGuido said. “They bring the ability to grow subscribers. All this can be very lucrative as long as HBO can monetize the larger subscriber base with programming that draws ad dollars to the network. Without that aspect, a bigger audience is just an expense.”

HBO doesn’t run ads as a premium cable service—give or take a Starbucks coffee cup—and instead relies on subscription revenue. But the WarnerMedia streaming service is expected to adopt Hulu’s successful hybrid model, which offers a high-end commercial-free tier and an entry-level ad-supported option. Both DiGuido and Zagorski see ad-supported models as an inevitability for all small-screen platforms moving forward, which would represent a massive shift for existing market leaders such as Netflix.

That said, regardless of the financial systems the company experiments with to keep its momentum, the simplest, most obvious answer for how HBO can continue to thrive in a world without Game of Thrones may still be the right one—and the most difficult to achieve.

“HBO’s competitive advantage remains its incredibly high-quality programming,” Zagorski said, “so maintaining that element will be vital to keeping subscribers as they exponentially grow their own library of programming.”

Great change is coming for HBO, WarnerMedia and television as a whole—a new era that casts a shadow on everything before it like Dany’s dragons descending upon King’s Landing. Budgets, production goals, library size, financial models, content targets, demographics—it’s all colliding. Modern TV, the medium, is in flux, and it’s exciting and terrifying all at once. As this transformation unfolds, dedicated viewers are left to wonder: Will HBO go the way of the fallen empire, or will it build something even more powerful and rise above the carnage? 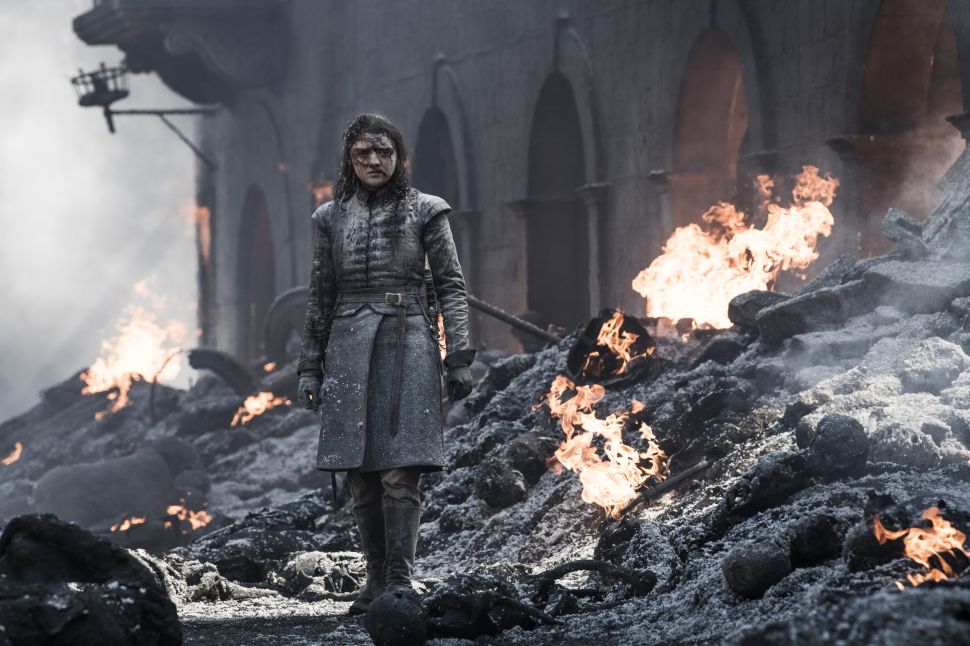