When it comes to the future of the Game of Thrones franchise, fans have been bombarded with mixed messages.

At one point, as many as five GoT spinoffs—or “successor” shows, as A Song of Ice and Fire author George R.R. Martin refers to them—were in development, which would mean we could expect an avalanche of Westerosi story lines in the coming years. However, HBO president of programming Casey Bloys confirmed last summer that it was moving forward with just one of the concepts, Jane Goldman’s tale set thousands of years before the main series. Then, earlier this year, new HBO boss Bob Greenblatt publicly admitted that he wasn’t sold on the idea of GoT spinoffs. That seemed to fly in the face of WarnerMedia head John Stankey’s goal of beefing up HBO’s content lineup to better compete with Netflix. Throw in recent speculation about the brand expanding on WarnerMedia’s upcoming streaming service, and we wind up with a whole lot of conversation but no conclusive details.

But now, none other than Martin himself has an update: HBO is developing three GoT spinoffs.

“We have had five different GAME OF THRONES successor shows in development (I mislike the term “spinoffs”) at HBO, and three of them are still moving forward nicely,” the author wrote in a personal blog post this past weekend.

“The one I am not supposed to call THE LONG NIGHT will be shooting later this year, and two other shows remain in the script stage, but are edging closer.”

Unsurprisingly, Martin would not delve into specifics regarding the other two shows in development. Instead, he directed his fans to his recently published Targaryen family history book. “But maybe some of you should pick up a copy of Fire & Blood and come up with your own theories,” he wrote.

Game of Thrones spinoffs could veer off into countless directions, and adapting more stories from Martin’s boundless fictional universe would surely prove fruitful for HBO and WarnerMedia. So far, we know that Goldman’s series will star Naomi Watts in a mystery role. Here is the (vague) synopsis:

“Taking place thousands of years before the events of Game of Thrones, the series chronicles the world’s descent from the Golden Age of Heroes into its darkest hour. And only one thing is for sure: From the horrifying secrets of Westeros’ history to the true origin of the White Walkers, the mysteries of the east, to the Starks of legend…it’s not the story we think we know.”

British director S.J. Clarkson will begin filming the prequel’s pilot early this summer. A writer’s room has been set up should HBO order the show to series. If that happens, fans can likely expect the spinoff to premiere sometime in 2020 or 2021. 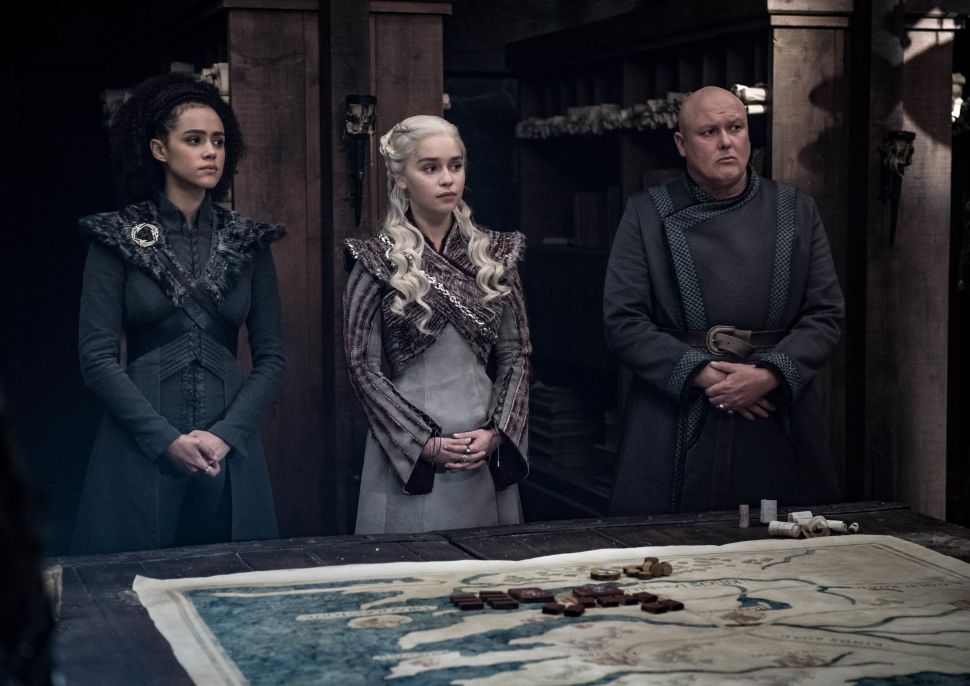