Ghana’s much-anticipated debut at this year’s Venice Biennale is a powerful celebration of the complexities of African contemporaneity and cultural vibrancy in a space that has provided painfully restricted platforms for African practitioners.

The all-star lineup of artists and organizers includes art historian and filmmaker Nana Oforiatta Ayim as the pavilion’s curator, British-Ghanaian architect David Adjaye behind its design, and the late Okwui Enwezor, who was the 56th Biennale’s artistic director, as its strategic advisor.

The exhibition is titled “Ghana Freedom” after the song composed by E.T. Mensah on the eve of the country’s independence from Britain in 1957, an allusion to the legacies and trajectories of freedom explored by the six cross-generational artists on view, but also to the biennale’s inextricable legacy of colonialism. The Europe-dominated event has historically struggled to attract African participants: this year, only eight African countries will have pavilions at Venice, of which only two of them, Egypt and South Africa, have a permanent space.

The Ghana Pavilion comes at a time that Oforiatta Ayim describes as of particular importance to narrative building in relation to the country and to Africa as a continent. “The conversation about nations is broadening in the face of issues of migrations, of us redefining our connections to our diasporas throughout our ‘year of return,’ of discussing what it means to have our cultural objects returned and how we thus might redefine ourselves in the world, and of finally moving out of the ‘postcolonial’ moment into one we have to envision,” she said in a statement.

Running from Saturday, May 11 to November 24, the pavilion features a heavy-hitting selection of multigenerational Ghana-based and diasporic artists. There are large-scale installations by El Anatsui and Ibrahim Mahama, portraits by Turner Prize nominee Lynette Yiadom-Boakye and photographer Felicia Abban, a three-channel film projection by John Akomfrah and a video sculpture by Selasi Awusi Sosu.

Each artist will exhibit in one of the elliptically shaped, interconnected spaces of the David Adjaye-designed pavilion at the Artigliere of the Arsenale. Adjaye, whose famed design of Smithsonian National Museum of African American History and Culture in Washington D.C. was inspired by African Yoruba crowns, here too takes influence from classical West African structures. The pavilion is plastered with locally sourced earth imported from Northern Ghanaian Gurunsi earth house structures, whose sculptural qualities and geometric motifs continue to shape art and culture in the region.

“Being able to show the diversity and creativity of Ghana on an international scale is an incredible achievement, and one which showcases the talent we have to offer,” Adjaye said in a press release.

The Ghana Pavilion is entirely supported by the Ministry of Tourism, with whom Adjaye and Oforiatta Ayim have been consulting for several years on the establishment of new art initiatives in the country. Adjaye recently unveiled plans for the new National Cathedral of Ghana, a ceremonial landmark that will serve for people of all faiths to gather and worship and for which Adjaye is collaborating with artists like El Anatsui and Lynette Yiadom-Boakye on site-specific works.

“This is a historic moment for us in Ghana,” said Ghana’s Tourism Minister, Barbara Oteng Gyasi, in a public statement. “Arts and culture are the very soul of a nation and with our maiden entry to the Venice Biennale…I can say, we have arrived.” 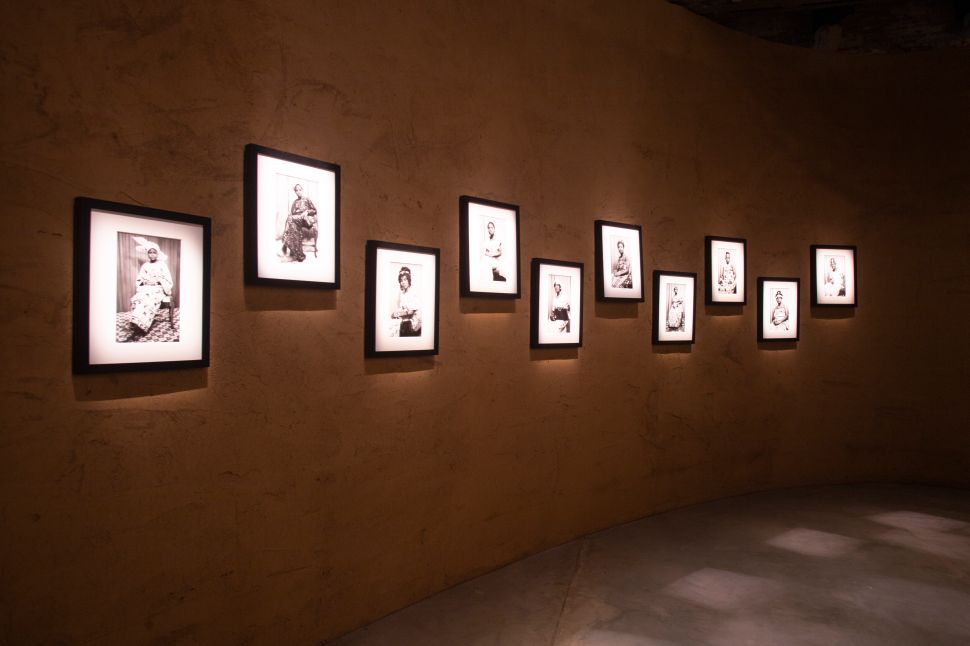