It was the espresso shot heard round the world. OK, so maybe it was a latte, but on Sunday night’s episode of Game of Thrones, “The Last of the Starks,” a group of beloved characters gathered in the Winterfell banquet hall to get sloshed after surviving a horrific battle with the Army of the Dead (it’s a long story) and encountered a pretty egregious editing error.

Daenerys Targaryen, the enterprising Dragon Queen, watched balefully as her male compatriots praised her former lover and nephew Jon Snow (again, it’s a long story) for his bravery in combat. However, when the camera cut to her sitting morosely at the end of the long hall, there, on the table in front of her, sat an unmistakably modern takeaway coffee cup. The memes came almost instantaneously as Thrones fans mocked the showrunners for their blunder.

Now, less than three days later, it seems HBO has quietly removed the offending beverage from the episode. However, a double-check of the scene on Amazon Prime indicates that the coffee cup is still present. Maybe it takes a minute for the edit to kick in?

In any case, ever since this error was spotted, the people who make Game of Thrones have reacted either cheekily or defensively to the whole debacle. It’s completely mortifying that one of the most popular, lauded and expensive shows on television let something like this slip through the cracks, but rather than acknowledging their mistake in a mature fashion, the creative team behind the series has chosen a different route.

“The latte that appeared in the episode was a mistake. Daenerys had ordered an herbal tea,” HBO said in a press release on Monday.

Cute. But GoT art director Hauke Richter had a different take. He told Variety that, basically, everyone was overreacting. “Things can get forgotten on set,” Richter wrote in an email. “[The coffee cup error has been] so blown out of proportion [because] it has not happened with Thrones so far.”

In the words of another iconic TV character: Sure, Jan. 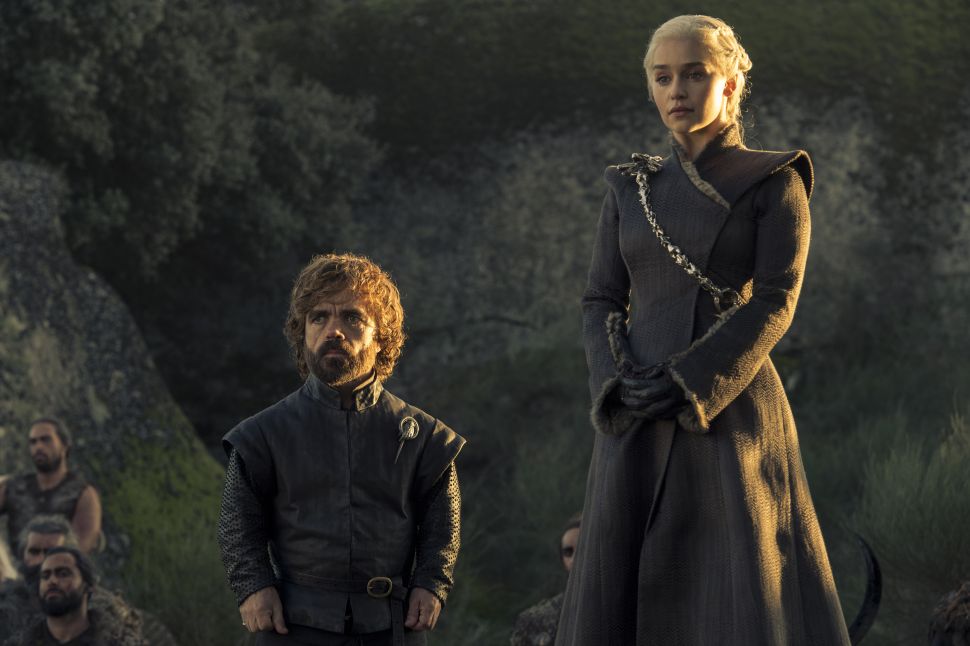