HBO wants to lock horns with Netflix, but it knows it has to bulk up its content considerably to do so. That’s what makes the end of Game of Thrones so unfortunate. The premium cable network must now punch above its weight class without its hardest-hitting original. Lucky for WarnerMedia, HBO president of programming Casey Bloys and former CEO Richard Plepler have been preparing for this eventuality for some time now.

With that in mind, here are eight large-scale, big-budget series HBO has on the horizon. Could one of them be the next Game of Thrones?

The Leftovers provided former Lost co-showrunner Damon Lindelof with a dose of cathartic redemption. Now, the talented storyteller is taking the lessons he’s learned and remixing arguably the greatest graphic novel ever written. It’s smart business for HBO to establish a foothold in Hollywood’s superhero craze—that the show looks incredible and is stacked with a star-studded cast is an added bonus.

Based on Philip Pullman’s award-winning book series (known as The Golden Compass in the United States), His Darkest Materials follows Lyra, a seemingly ordinary but brave young woman from another world. Her search for a kidnapped friend uncovers a sinister plot involving stolen children and becomes a quest to understand a mysterious phenomenon called Dust. According to Deadline, the series—co-produced with the BBC—is among the most expensive productions in British history. A second season has already been ordered, which is an encouraging sign of confidence from the networks.

The second season of HBO’s wildly expensive sci-fi drama failed to capitalize on the hype behind Westworld‘s rookie run, dulling the ambitious drama’s long-term prospects. But Season 3 is something of a reboot to the system—one complete with Breaking Bad star Aaron Paul—and HBO is still sinking an enormous number of resources into this project. Can showrunners Lisa Joy and Jonathan Nolan pull off a comeback? For what it’s worth, the trailer has us all the way back in.

J.J. Abrams—currently the most sought-after free agent in Hollywood—is returning to the small screen with his first co-run series in a decade. Contraband has been described as “an epic and intimate sci-fi fantasy drama” that is “centered around a world’s battle against a monstrous, oppressive force.” (Classic Abrams.) Bash Doran (Outlaw King) will serve as showrunner. No release date has been set.

Abrams will also be producing HBO’s Lovecraft Country alongside Jordan Peele. The horror drama is inspired by Matt Ruff’s novel of the same name and follows a character called Atticus Black, who’s on a road trip across the South with his friend Letitia and his Uncle George during the 1950s. The story begins by examining the racism of the time, but their struggle soon takes on supernatural proportions. No premiere date has been announced.

Joss Whedon (Buffy the Vampire Slayer, Marvel’s The Avengers) is also returning to television with his first fully run series in a decade. The Nevers is described as “an epic science-fiction drama about a gang of Victorian women who find themselves with unusual abilities, relentless enemies and a mission that might change the world.” The network has already handed Whedon, who has stayed busy with features for the past few years, a full series pickup. No premiere date has been announced.

Steven Moffat is best known for the British series Doctor Who and Sherlock, but the writer and producer has a lengthy track record of quality work. Next, he’ll turn his attention to adapting Audrey Niffenegger’s novel of the same name. A genre-tinted love story that includes heartache and time travel? Sounds promising, and we have a feeling this version will fare much better than the ill-fated 2009 movie (sorry, Rachel McAdams). No premiere date has been announced.

The Game of Thrones Spinoffs

If you can’t beat ’em, join ’em. The best way for HBO to replace Game of Thrones may be to just make a really damn good companion series. We know at least one—which takes place thousands of years before the events of the show and will likely connect to the origin of the White Walkers—is getting a pilot. But A Song of Ice and Fire author George R.R. Martin says as many as three are currently in varying stages of development. The catch: The first planned spinoff likely won’t hit HBO until 2020 or 2021. 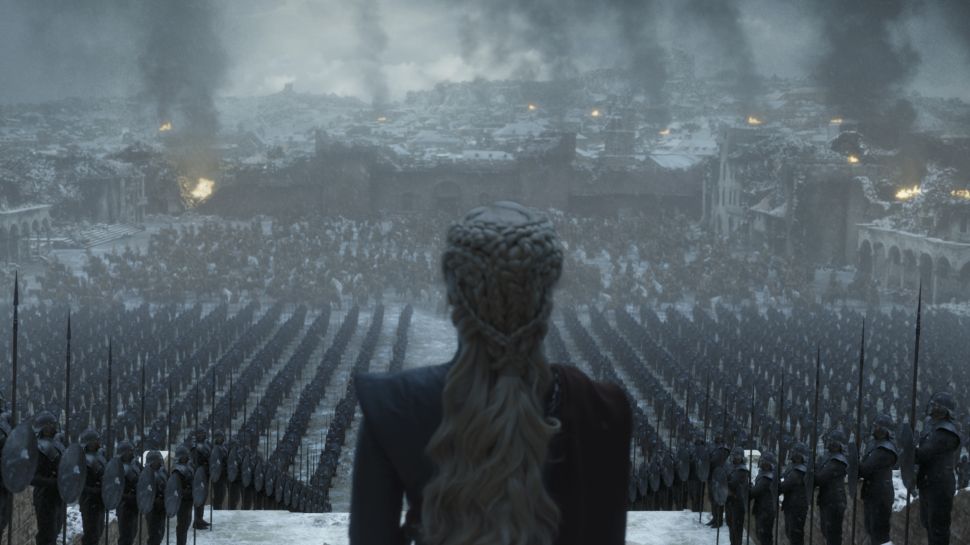