Facials should be a pleasurable experience. But the barrage of beauty products that estheticians attempt to sell and spas’ opaque pricing that can lead to nasty surprises at check out have turned many would-be facial enthusiasts away.

Heyday is a skincare establishment that is overhauling the facial experience, co-founded by Adam Ross, who is also the CEO. His first exposure to those dissatisfied with the facial market happened over brunch with girlfriends. They complained about the challenges of caring for their skin and getting a decent facial without paying a fortune or feeling enormous pressure to buy the spa’s products.

Ross sensed a business opportunity. Two days later he sent out a comprehensive SurveyMonkey questionnaire to 150 women about skincare and facials. With additional research, Ross found the biggest barriers to getting a satisfying facial were time, cost and convenience.

Customers choose from three facial time lengths, 30, 50 or 75 minutes, priced clearly at $60, $95 and $140. Extras like facial peels are noted as such and priced at $35. The type of facial a customer receives is customized upon arrival after a consult with one of Heyday’s estheticians, called a “skin therapist.”

Ross and his co-founder Michael Pollak have raised more than $10 million in venture capital. They now operate a total of seven Heyday locations between New York City and Los Angeles, employing approximately 300 people. Ross estimates 11,000 facials are given per month, and 60 percent of their customers are referrals from existing clients.

While each Heyday location is slightly different in design, they are all modern spaces without any spa accoutrements like scented candles, ornate decorations, rock gardens, trickling fountains or new age music. Instead, they have a contemporary clean-lined look with plenty of blond wood. Their own Spotify list of indie, funky songs plays on the stereo. Shelves are dotted with plants, books and products made by Naturopathica, Ursa Major and Image, among other select brands.

At a Manhattan Heyday location in the NoHo neighborhood, Ross—and yes, he does have perfectly glowing skin, smooth as the proverbial baby’s bottom—explained how he landed in New York City from Sydney, Australia, his transition from investment banker to entrepreneur, and Heyday’s evolution from concept to actual business.

What is Heyday?
We educate the client about skincare, we only offer facials and we have a more holistic view about skincare than the average spa. We feel the facial is more about self-care, health and wellness; not beauty or pampering.

Customers today have never been more discerning, so you need to do one thing, like facials, and do it incredibly well. Some of these spas just want to throw the kitchen sink at you.

Many spas are outdated, both with their in-store aesthetic and how they treat clients. They are far too transactionally focused to get the most out of a client in one visit. We focus on customer retention.

Do you train your employees to avoid the “hard sell”?
Whenever our estheticians, we call them “skin therapists,” get on boarded at Heyday, half of the training is about the technical steps and proficiency with the facial itself. The other half is how to communicate and educate the client about skin care and products.

If you give the client knowledge and information and that leads to a product sale, great. But we incentivize more on retention than pushing product.

That’s refreshing to hear.
I did my due diligence and got facials all over the city before opening Heyday. One facial I had, the woman said, “I’m looking at your skin, it looks dry, let’s give it some extra hydration.” I said, “Great.” Then, she touched my skin with something and said, “That’s an extra $40.” It was such an off-putting moment for me, really yucky. She didn’t care about my skin and the results, all she cared about was her commission and basically extracting as much money out of me as possible. That’s not the experience we create.

This space is airy, bright, not like so many spas with dimly lit corners and new age paraphernalia.
I think some of those spas keep the lighting low so people can’t see how janky they really are. [laughs] It’s kind of like when you’re in your 20s in a 3rd Avenue bar and they turn the lights on at 2 a.m., “Oh my God, what am I doing here?” Which any Australian in their 20s can relate to.

You were previously an investment banker, how did you end up launching a facial startup?
I worked for UBS [in Sydney, Australia] right after university and transferred to New York City in 2000. When I started investment banking, I loved it. Being in boardrooms of Fortune 100 companies at such an early age was an incredible experience.

But as time went on, the bigger deals were increasingly soul sucking, and I became more interested in the smaller $50 to $100 million deals with entrepreneurs. I sat across the table from them, they told me about their journey.

That itch continued to be scratched until the moment I wanted to be on the other side of that table, the person building something that really engages and delights customers. So, I found myself co-founding a footwear business called Soludos with a friend.

Wasn’t it nerve-wracking to leave investment banking?
It was a real emotional rollercoaster. I’m risk averse, so before taking this unknown leap of faith, we went around with Soludos samples to 30 accounts and got 28 or 29 informal purchase orders. That validation made me feel better about leaving banking, I wasn’t just jumping into the abyss.

Where are you from in Australia?
I lived in Sydney until age nine, until my parents bought a winery in the Hunter Valley, a wine making region. It’s cliché, but I did grow up with koalas in trees and kangaroos.

Do you think being an immigrant from Australia influences the way you make decisions at Heyday?
I remember seeing a funny book years ago about cultural norms across the world, and when it came to Australians, it said, “With Australians, less is generally more.” There is such merit to that!

Meaning?
I want to synthesize key issues and get to the elegant solution as soon as possible. It’s the DNA within me; more isn’t more. If anything that’s inelegant and intellectual laziness. If we can do it in two hours instead of four hours, we’re going to do it in two. Sometimes when you expand the time to do a project, you get mission creep.

Not to generalize, but many Australians seem to have a good sense of humor, a way of looking at the world that’s not too…
…serious?!? We do. There’s another Australian on our team and sometimes she says things and everyone is… [gives shocked look]. You have to choose your moments selectively where to inject humor, but you can have serious ambitions and not take yourself too seriously along the way.

You mentioned Heyday employs approximately 300 people. When people talk about immigrants taking jobs from Americans, or the current administration’s attempts to reduce legal work-based immigration, what do you think?
I won’t go down a rabbit hole, but I’m so pro-immigration. The intellectual capital that comes with immigration defines and contributes to the competitive advantage of the country.

Over the next couple of generations, the strength of the U.S. will be about where intellectual property resides. Creating and fostering an environment for the best minds around the world to be within the U.S. is the best positioning. The outflow of that intellectual capital returning to their home countries, where they are producing some incredibly amazing products, is this country’s loss. 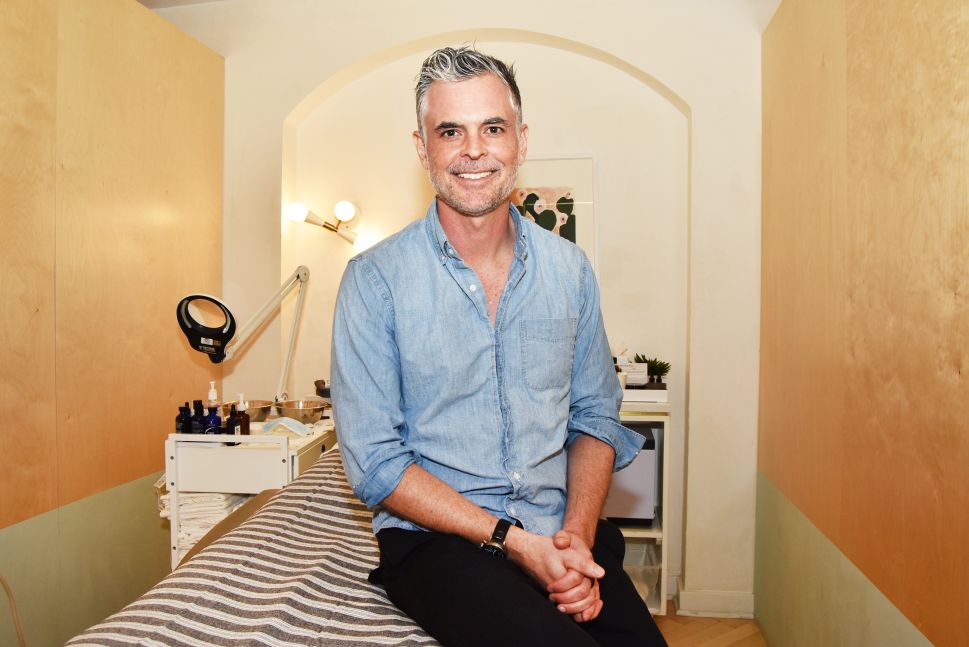