In response to the U.S. Commerce Department’s blacklisting that cut off its key supply channels in the U.S., Chinese telecom giant Huawei Technologies filed a legal motion in a U.S. federal court on Tuesday, calling the Trump administration’s ban on the company “unconstitutional” and in violation of “global human rights.”

“Politicians in the U.S. are using the strength of an entire nation to come after a private company. They are using every tool they have, including legislative, administrative and diplomatic channels,” Song Liuping, Huawei’s chief legal officer, told reporters at a press briefing on Wednesday in Shenzhen, China, the company’s home base.

Earlier this month, the Commerce Department put Huawei on its “entity list” over national security concerns. Song warned that not only did America’s security claim against Huawei lack evidence, but prohibiting the company from doing business in the U.S. would also “directly harm” 1,200 American companies and “tens of thousands” of American jobs.

Specifically, he called attention to Huawei’s crucial role in providing affordable wireless services in rural America. “In the U.S., many people in rural areas have been forgotten. They still don’t have access to affordable broadband networks,” he said.

Huawei is a major equipment supplier to rural wireless companies in the U.S., providing telecom infrastructure to about a quarter of America’s smallest carriers at a far lower price than comparable providers like Nokia and Ericsson.

The U.S. ban on Huawei has already affected some wireless providers, reported The New York Times over the weekend. For example, Montana-based carrier Nemont, which serves an area in northeast Montana bigger than Maryland, has scrapped some expansion plans due to the lack of future access to Huawei equipment.

Nemont’s CEO Mike Kilgore estimated that it would cost him $50 million to find a new supplier, which could force him to shut down the company altogether.

According to estimates by the Rural Wireless Association, a trade group representing 55 small carriers like Nemont, it would cost members a total of $800 million to $1 billion to replace equipment from Huawei and ZTE, China’s second largest telecom company that has also fallen under the wrath of the U.S. government.

“Connectivity is a basic human right,” Song said. “The U.S. government is putting their rights at risk, especially people in underdeveloped countries where there is a large digital divide.”

Tuesday’s court motion was in relation to an exiting lawsuit Huawei filed in March against the U.S. government after Congress passed, and President Donald Trump, signed an executive order to ban Huawei from buying technology and components from U.S. companies. The suit challenged the constitutionality of Section 889 of the National Defense Authorization Act, which the Trump administration used to enforce the ban.

Song said Huawei had agreed with the Justice Department that the challenge involved purely legal questions that could be decided in a simple court hearing. The hearing is set to be held on September 19. 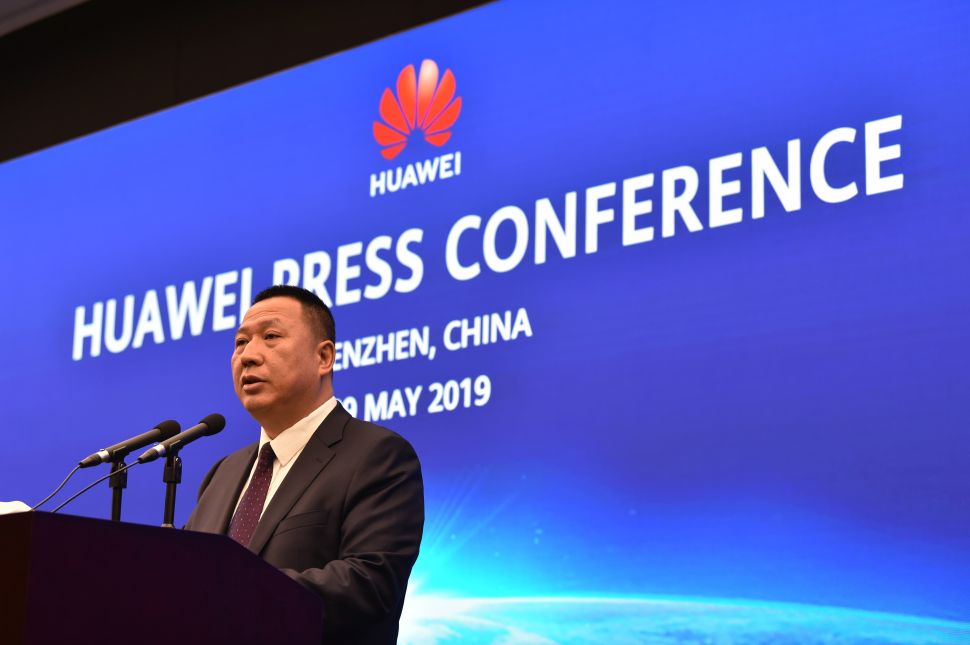