The Fresh Market has announced that it has signed an agreement with Instacart to deliver groceries to its customers. Within a few days of the announcement, I received the email below. I have posted the email in its entirety, but I have not revealed the name of the person who sent me the email:

As an Instacart shopper of 2 years, I’m just curious to know why grocery stores are still initiating contracts with Instacart after all the scandals? Fresh Market has just gone live with Instacart today. I remember speaking with an executive who lives in Greensboro, NC after he began to quiz me about my view of Instacart after I delivered his groceries from Whole Foods. I told him the truth. Instacart isn’t fair or respectful to their contractors. It started off as a nice self-employment Schedule C business on my taxes but they’ve changed so much it’s no longer profitable. They do not police their shoppers effectively, so Fresh Market is exposing their customers to dangerous shoppers, poor food handling, and non-Instacart approved passengers that shoppers bring along. Yet, Fresh Market partnered with Instacart anyway. Some Instacart shoppers dress inappropriately, steal, are not mentally stable and yet they are invited to customers’ homes by this app. So is it for money or fear of Amazon that these grocery stores are not willing to find another safer solution for the public?

Based on everything associated with the email, I believe the author of the email is sincere, which makes the content in the email even more alarming. However, I have not spoken with the person who sent me the e-mail, nor have I attempted to verify anything stated in the email. (Copies of this article will be immediately sent to Instacart and the Fresh Market upon publication.)

I have received numerous emails over the years from individuals who work for Instacart expressing one horror story after another regarding working conditions and the lack of support from Instacart’s executives. The reason why I am contacted is because I have written extensively about Instacart. You can read the articles I’ve written about Instacart here, here and here.

What I find disturbing is that I have written about hundreds of companies and yet, the only e-mails I’ve ever received from associates raising concerns have all come from current or past employees of Instacart. I have made it clear to Instacart’s corporate communications team and its executives that I will continue to write articles about Instacart if I continue to receive emails raising concerns about the company.

I even receive e-mails from shoppers who use Instacart, as they like to reach out to me to voice their frustration with the fact that they can’t get Instacart to resolve an issue they’re having. The e-mail below I recently received is a perfect example:

Hi, I’m a shopper with a payroll issue, phone headquarters.. .for days… no one answers… routed to the sweet underpaid Phillipinos [sic]… Its obvious, there’s been a huge silent shift at the company and no one is talking about it.

Instacart outsourced phone centers in the Philippines… without notifying shoppers… I once could talk to sympathetic people at corporate… now I have to struggle to understand the Phillipino [sic] on the line trying to earn a dime, and politely shout over the horrendous call center noise… if I had the cash, I’d buy a plane ticket to San Fran Headquarters Bat Cave and talk to someone in payroll… these guys have seriously gone into there bomb shelter,  and I guess will emerge after the apocalypse.

I have not spoken with the person who sent me the e-mail, nor have I tried to verify anything in the e-mail. However, what I can state is that the content in the e-mail is very similar to others I’ve received.

For the record, I don’t dislike Instacart, but based on the number of conversations I’ve had with current and former Instacart associates, and after witnessing Instacart associates struggle to fulfill orders at several retailers, it’s clear to me that there are serious issues boiling under the surface at Instacart.

I have voiced my concerns in writing and on the phone to personnel at Instacart, but I have yet to see any material changes take place at the company. I have even suggested on multiple occasions to Instacart that it should contract an independent firm to thoroughly evaluate every aspect of the company’s operations and culture and identify strategies for improving morale and reducing risk to customers. Instacart hasn’t taken my advice, even though I sincerely want them to improve and succeed.

The Status Quo Must End

As I have stated multiple times in past articles and during interviews, executives at grocery retailers who contract Instacart know that there are severe problems at the company. Major newspapers have written articles about the issues at Instacart, yet grocery executives have chosen to ignore the facts. I’m confident things will be different this time. The e-mail I posted above related to the Fresh Market contracting Instacart is very concerning to me, and I’m sure it will be concerning to grocery executives that rely on Instacart for grocery deliveries.

Instacart CEO Apoorva Mehta, is going to have to realize that being CEO requires actual effort, not just giving interviews to the press, posing for pictures and making wild claims. Case in point, Mehta is fond of making the claim that Instacart is “profitable on every delivery we make.” However, Mehta isn’t willing to reveal administrative costs, sales and marketing or other expenses incurred at Instacart, so it’s impossible for the media to independently verify what Mehta claims are true. I don’t believe Instacart is profitable as a company.

Mehta also needs to come to the realization that my advice for Instacart to hire an independent firm to investigate Instacart’s culture, identify risks to customers, improve the operations of the company and increase the morale of the men and women who work hard every day to make Instacart a success, must be his top priority. If Mehta moves forward with this suggestion, he should be recognized for having the courage to shine a spotlight on his company and publicly announce the findings. Mehta will be a better CEO, and Instacart will be a better company after going through the process.

The status quo cannot remain at Instacart. The fact that Instacart associates and customers reach out to me for help and guidance instead of reaching out to resources inside Instacart should thoroughly embarrass the company. I don’t work for Instacart, but I’ve gained a reputation as being someone who cares very deeply for the men and women who do the heavy lifting at Instacart to the point where I am trusted and respected. Maybe I should start charging a fee to Instacart?

Do I want Instacart to fail? No. I want Instacart to become a better company. I have a responsibility as a journalist, and as an individual, to provide information and raise concerns when and where necessary. The purpose of this article is to raise awareness that will help Instacart address serious allegations and ensure full transparency to the Fresh Market. As for Instacart? This is their opportunity to lead. It is also their opportunity to fail. Let’s hope that Instacart makes the right choice.

The opinions expressed in this article are solely my own. I am not implying or accusing Instacart of any wrongdoing. 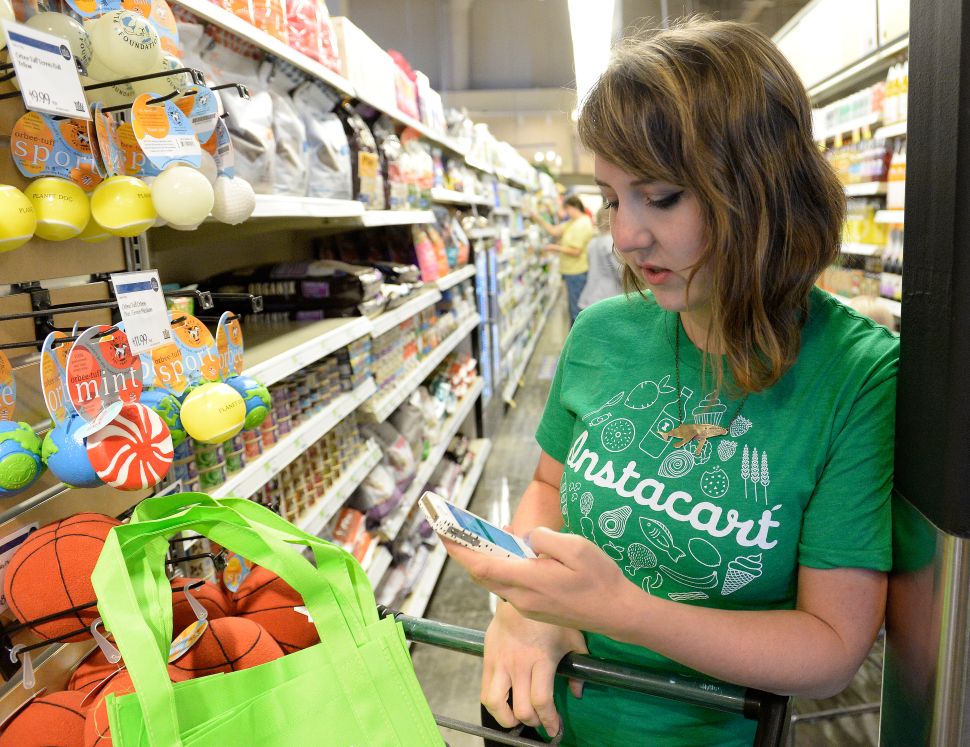