A lot has been written recently about the encroaching event horizon of genre collapse, and more and more evidence of this phenomenon seems to be cropping up every day. On Thursday, Lionsgate studio announced that comedy superstar Chris Rock has written and will executive produce a new Saw movie, meaning he will create the next entry in one of the most successful horror franchises of all time.

“When Chris Rock came to us and described in chilling detail his fantastic vision that reimagines and spins off the world of the notorious Jigsaw Killer, we were all in,” Lionsgate chairman Joe Drake said.

If you’re unfamiliar, the original Saw movie tells the story of a ruthless killer who ensnares his victims in terrifying traps. It’s usually the case that Jigsaw’s victims are, in some ways, “wasting” their potential. The killer’s intent is for the captives to escape, thereby proving that they value their own lives, but usually at great physical or mental cost.

Jigsaw’s modus operandi is quite controlling, as you might have guessed. One can only begin to fathom what Rock has conceived in order to repurpose the narrative for a more 2019-centric spin. Maybe instead of the classic Saw reverse bear trap, a helpless woman will be forced to choose between certain death or intentionally vomiting during her maid of honor speech at her best friend’s wedding. Personally, I’d pick death! Some wouldn’t!

As Deadline also pointed out, the latest and most financially successful film in the Halloween franchise (which was aptly titled Halloween and released in 2018) was co-written by Danny McBride, who’s best known for his comedic roles on HBO’s Eastbound & Down and in stoner movies like Pineapple Express. Meanwhile, 2017’s horror comedy Happy Death Day, written and directed by Christopher Landon, followed a sorority girl’s unwitting descent into gory hilarity as she relives the same shitty day over and over again.

And, of course, screenwriter Jordan Peele’s experience as a comic actor was integral to the culture-shattering success of Get Out, a movie that was often just as funny as it was searingly insightful about the ways racism percolates into supposedly stable interpersonal relationships. For example, Lil Rel Howery’s turn as heroic TSA officer Rod Williams punctuated the audience’s fear with brilliantly timed comic asides. Peele’s Academy Award for Best Original Screenplay was incredibly well deserved.

Comedy and horror intersecting isn’t a new phenomenon, but previous generations have handled this thematic blend in different ways. Wes Craven’s 1996 blockbuster Scream perfectly sent up the “horror-movie obsessive” archetype, but it also handled brutality with a deeply ironic sneer that was embedded into the eye-rolling ’90s.

Cut to this year, and we’re hurtling towards a future in which Earth could very well be decimated by climate change. We’re also being led by a dedicated group of politicians who would like nothing more than to eliminate safe access to abortion in America. When taking a good look at the horrors around us, sometimes the only thing to do is laugh. Call it Peak Gallows Humor 2019. 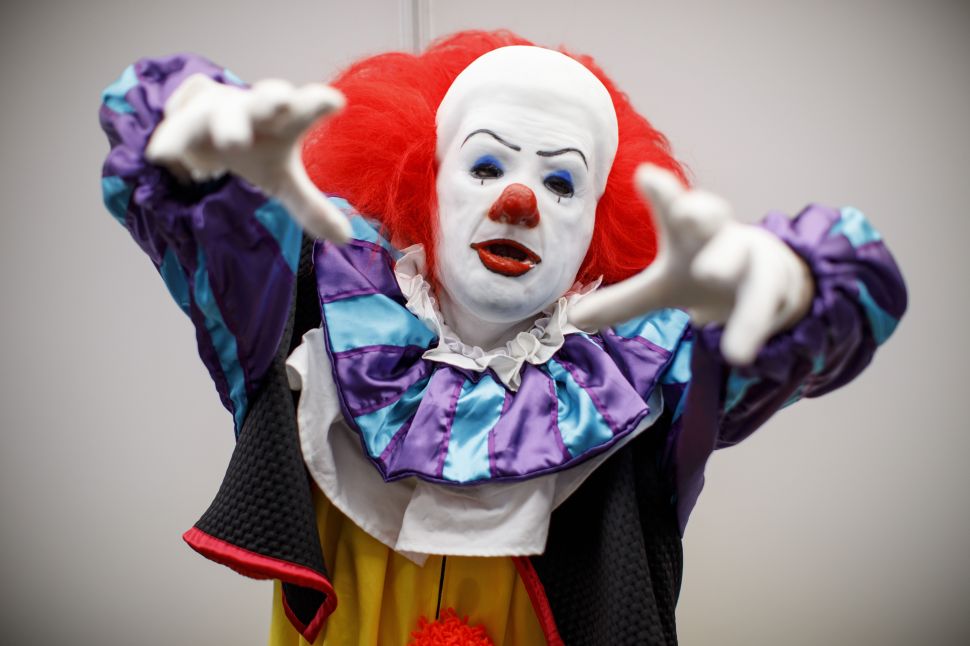