As Observer has reported exhaustively, Avengers: Endgame’s mammoth box-office returns have only been surpassed by the records set by director James Cameron, whose 2009 world-conquering blockbuster Avatar is the highest-grossing movie of all time. Now, however, Endgame has toppled another one of Cameron’s massive accomplishments.

Early on Thursday morning, the director tweeted out a congratulatory message to the new superhero movie, saluting it for beating out his 1997 classic Titanic to become the third-highest-grossing movie of all time. Endgame has been in theaters for just a couple of weeks, but it has apparently raked in $2,272,706,419 compared to Titanic’s total gross of $2,187,463,944. Cameron decided to mark this occasion in a way that tells you exactly where he thinks he sits in cinematic history: right at the intersection of superficial self-effacement and deep-rooted narcissism. Basically, the director tweeted out something really weird.

First of all, which poor graphic designer in Cameron’s massive industrial complex was instructed to make this insane, historically inaccurate image? We know, we know, it’s supposed to be tongue-in-cheek, but that doesn’t change the fact that when the real Titanic sank into the Atlantic Ocean in 1912, it broke into two pieces before doing so.

And then there’s the vibe of the message itself, where Cameron’s devotion to maximalism is on full display. “An iceberg sank the real Titanic. It took the Avengers to sink my Titanic,” Cameron writes. “You’ve shown that the movie industry is not only alive and well, it’s bigger than ever!” Yeah, for tentpole franchises, sure.

Also, in case Cameron forgot, when the great passenger vessel crashed into an iceberg and disappeared into those freezing-cold waters, more than 1,500 people died. It just seems more than a little tone-deaf (not to mention shady) to replace that fateful iceberg with the flashy, gratuitous logo of a competing superhero franchise, no?

Plus, this tweet really calls into question what Cameron is going to do if Endgame ever surpasses Avatar at the box office. We can only hope the imagery won’t be as clueless. 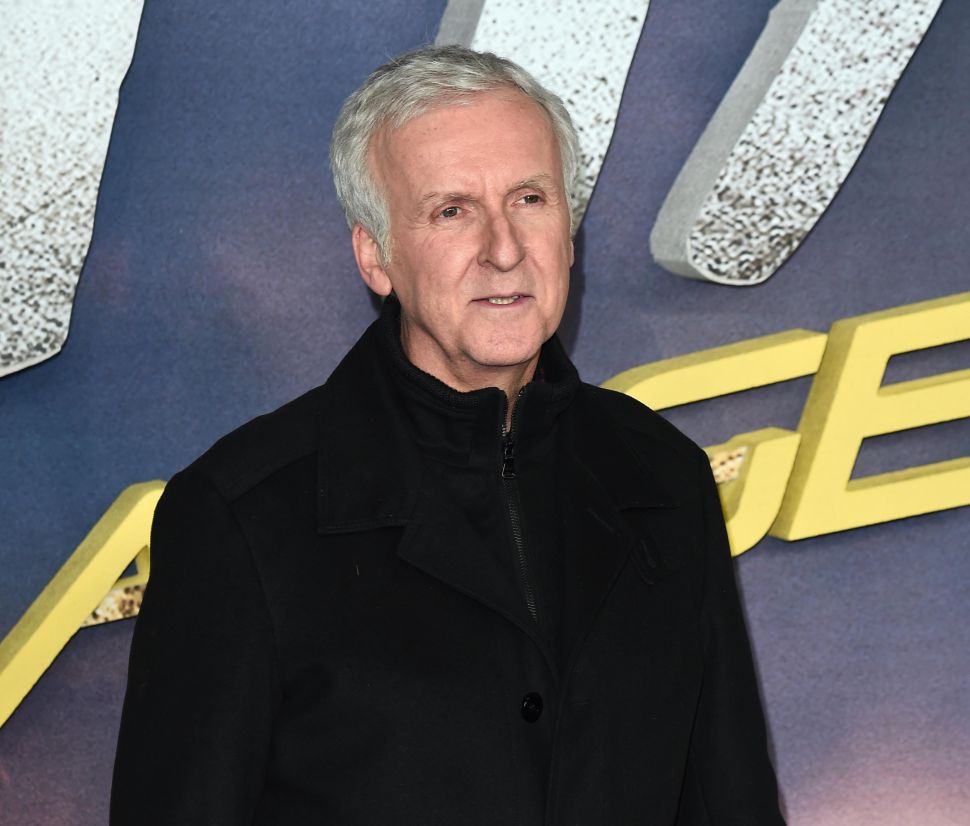