In his first public remarks since leaving the White House in December, former Secretary of Defense James Mattis warned against U.S. military escalation toward Iran, opting for diplomacy over force.

“The United States should buy time to keep peace and stability and allow diplomats to work diplomacy on how to keep peace for one more hour, one more day, one more week, a month or a year,” Mattis said at a gathering in the United Arab Emirates, according to Gulf News.

The former defense secretary’s remarks come as national security hawks like John Bolton push heavily for a confrontation with Tehran’s regime—according to The New York Times, the Pentagon has prepared plans for deploying 120,000 troops to the region. Although President Donald Trump is reported as preferring a diplomatic approach to dealing with the regime, he has in recent days threatened Iran.

“If Iran wants to fight, that will be the official end of Iran,” tweeted Trump last week. “Never threaten the United States again!”

If Iran wants to fight, that will be the official end of Iran. Never threaten the United States again!

His former defense secretary, however, believes diplomacy can win out.

“We’re going to have to figure out how to do this,” continued Mattis. “We don’t have to be perfect nations, each one of us. We’re going to have to protect what we have and we all work on our own nations to make them better. But I’m going to be spending a lot of time studying how do we get more nations to work together and see a way for the world with less disparity. If this terrorism continues, eventually there will be a time that the terrorists get their hands on weapons of mass destruction. And we must not let that happen.” 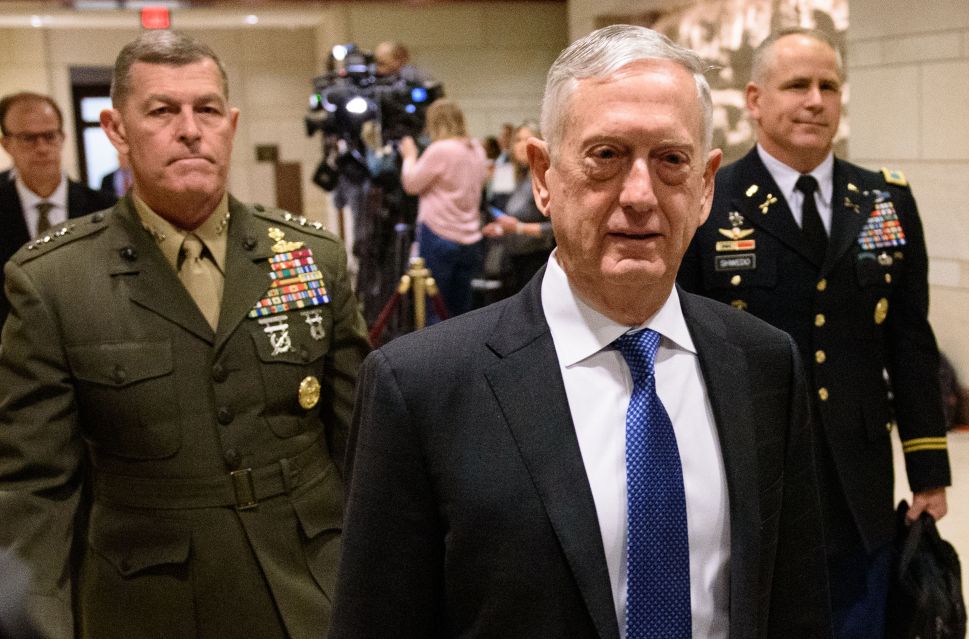