It took a year and a half, but Jessica Alba has transformed her Beverly Hills mansion into a truly Pinterest-perfect dream home. The Honest Company founder and her husband, Cash Warren, bought the sprawling pad for $9.95 million back in 2017, but she wasn’t able to move in until late last year, as she told Architectural Digest.

The actress and entrepreneur purchased the house from film exec Mike Medavoy; she was living in a spot just down the street but wanted a larger place for her growing family (she now has three children). Alas, Alba wanted to complete some major work on the property and stripped the home “down to the studs.”

She used a surprisingly relatable source of inspo for her lavish renovation—also known as Pinterest. “I spend a lot of time on Pinterest,” she explained to AD, adding that she filled her mood boards with French countryside and Paris apartment aesthetics. She was also influenced by the ultimate real estate connoisseurs—perpetual house flippers Ellen DeGeneres and Portia de Rossi.

“They’d have us over for holiday parties, and we’d leave and say to each other, ‘Their house is so sick!'” Alba told AD. Considering the couple’s expertise with their multiple mansions throughout Los Angeles (including a few in Beverly Hills) and the fact that DeGeneres wrote an actual book on her beloved homes, that seems like a good call. The talk-show host introduced Alba to her designers, Kathleen and Tommy Clements, and Alba took it from there.

“We wanted to make it kid-friendly and use as many natural materials as possible,” Alba said—like in the kitchen, where she added a butcher block island and breakfast nook. She also removed a fireplace in a living room so that she and Warren could see outside, and built a different fireplace specifically for hanging Christmas stockings.

Alba’s real estate skills expand beyond home decor. She managed to offload her longtime Beverly Hills home (the one where she’d been living for more than a decade before moving to her new residence) in less than a month at its full $6.2 million asking price. 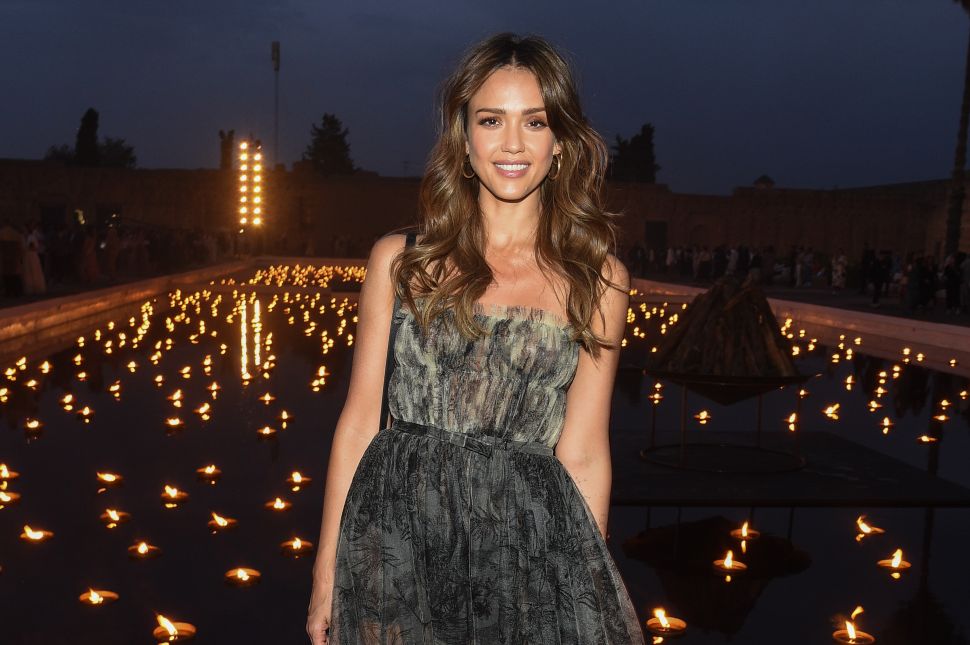