Speaking to reporters in Abu Dhabi, Bolton blamed Iran for an unsuccessful attack on the Saudi oil port of Yanbu and for planting bombs on four oil tankers off the UAE coast—without providing evidence to support his claims. The attack on Saudi Arabia was previously unknown.

“The point is to make it very clear to Iran and its surrogates that these kinds of action risk a very strong response from the United States,” said Bolton, according to the Associated Press.

The national security hawk’s accusations toward Iran follow a tumultuous weekend with the president over the issue of regime change. Although Bolton has pushed for replacing Tehran’s government with a controversial Iranian exile group, Trump has dismissed what could amount to U.S. interventionism.

“We’re not looking for regime change—I just want to make that clear,” Trump said in Tokyo last weekend, apparently undercutting Bolton on the issue. “We’re looking for no nuclear weapons.”

When asked about his positions on regime change, Bolton said it was ultimately up to the president “to make those decisions.”

“The dogs bark and the caravan moves on,” added the advisor, commenting on reports that he was at odds with Trump over his hard-line stance on Iran. 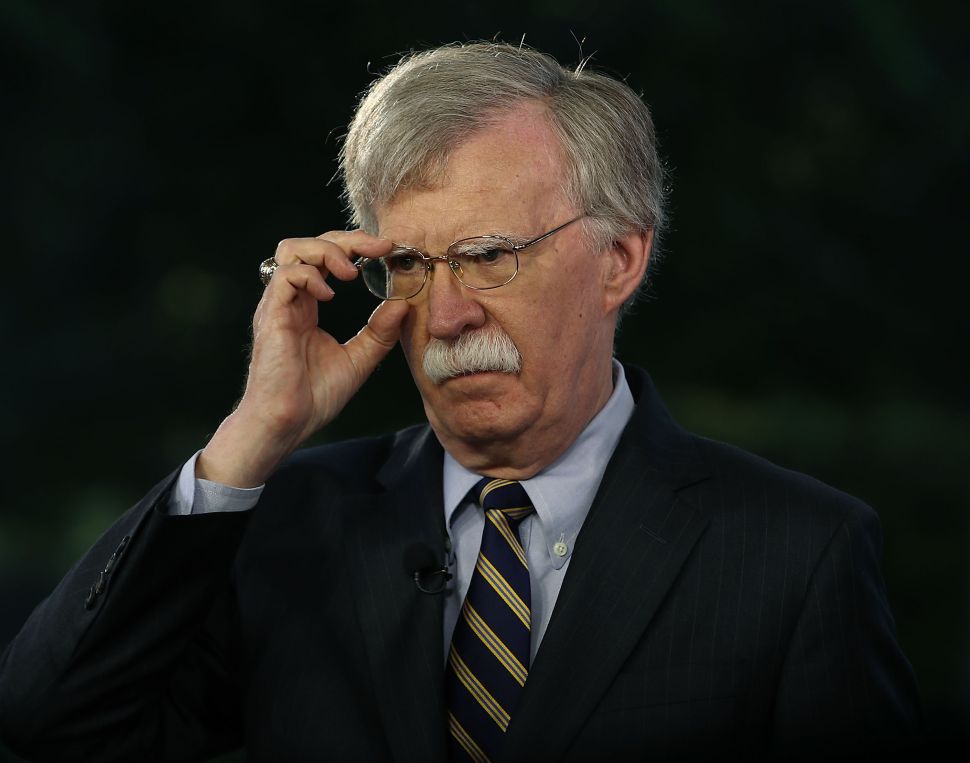