President Donald Trump’s national security advisor John Bolton was the subject of a glossy POLITICO profile in February lauding him as “the adult in the room.” Titled, “John Bolton Is Living His Dream,” the piece examined the aide’s unlikely rise in a West Wing known more for its infighting than policy objectives, revealing he kept in his office a Wall Street Journal cartoon of himself and Trump playing chess against Iranian President Hassan Rouhani and Supreme Leader Ayatollah Khamenei—signed by the president, “John Great Job.”

Today, the hawkish advisor has become somewhat of an irritant to the president, according to multiple media reports. The Washington Post on Wednesday reported that Trump grew angry over an escalation of threats toward Iran, taking issue with Bolton and Secretary of State Mike Pompeo—the former of whom has long endorsed regime change in the region.

“There was a scramble for Bolton and Pompeo and others to get on the same page,” a U.S. official told the publication. “He is not comfortable with all this ‘regime change’ talk.”

Although the president disputed this characterization, saying “there is no infighting whatsoever,” CNN on Thursday published additional accounts alleging “as recently as last week, Trump was calling outside advisors to complain about Bolton.” Having campaigned on an anti-interventionist platform and determined not to oversee another repeat of the Iraq War, Trump’s frustrations with his advisor began this spring when Bolton began escalating rhetoric toward Venezuela.

The Fake News Washington Post, and even more Fake News New York Times, are writing stories that there is infighting with respect to my strong policy in the Middle East. There is no infighting whatsoever….

Still, despite differences on whether or not to invade other countries, the president continues to enjoy a closer relationship with Bolton than his predecessor H.R. McMaster or former Secretary of State Rex Tillerson.

“John’s very good. He has strong views on things which is OK,” Trump told reporters last Thursday. “I’m the one who tempers him, which is OK.” 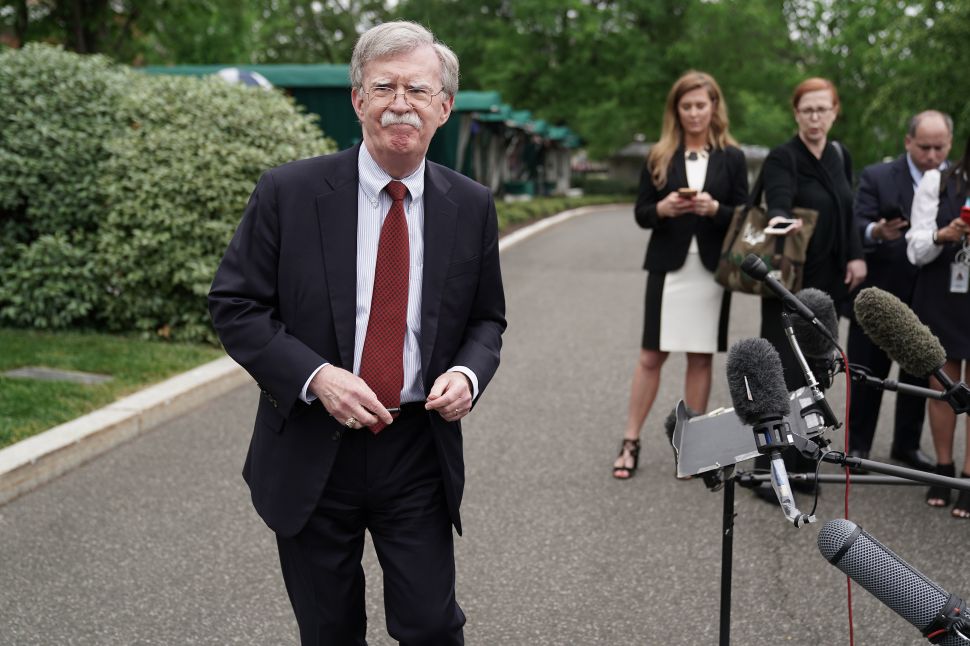